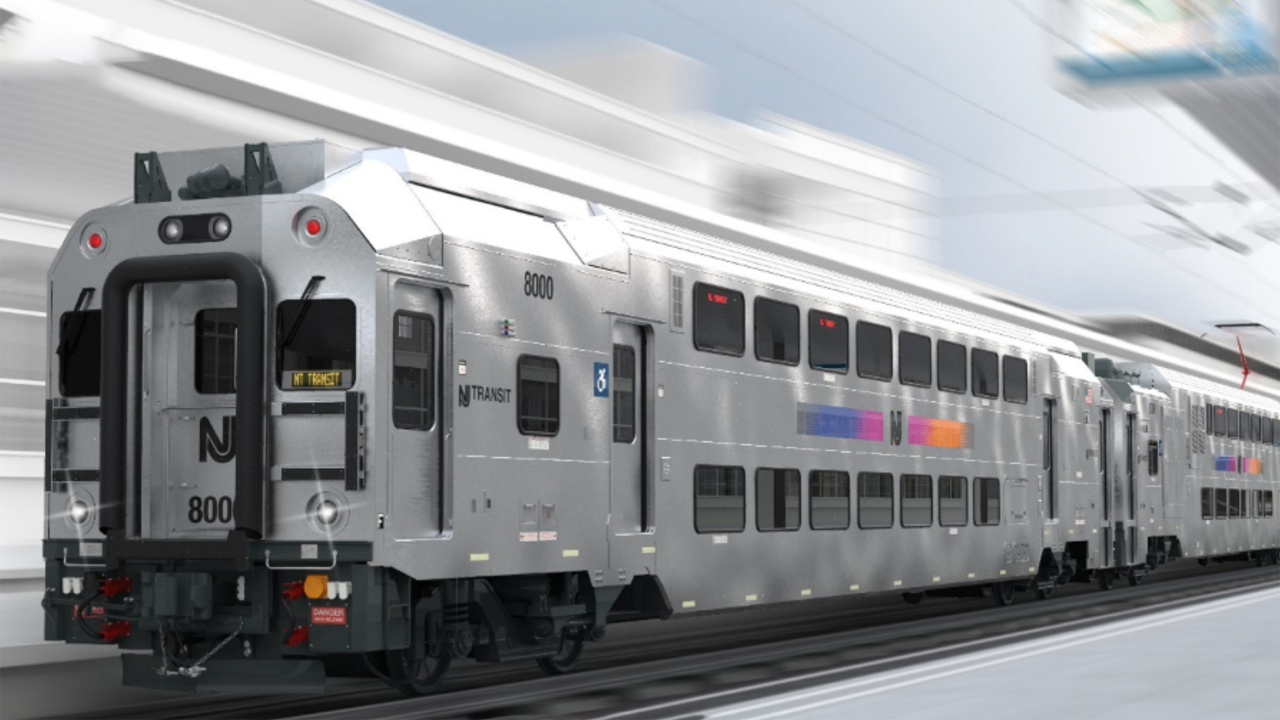 New Jersey Transit will exercise an option with Alstom for 25 additional Multilevel III commuter railcars, following Board approval on Feb. 9. Also, James Sincaglia has assumed the role of Senior Vice President and General Manager of Rail Operations at the agency, after serving in an acting capacity.

NJ Transit in December 2018 awarded the original 113-car contract to Bombardier, which Alstom acquired in early 2021. That contract, worth as much as $669 million, included options for as many as 886 additional cars. It was Bombardier’s third with the agency for multilevels; under contracts awarded in 2002 and 2010, Bombardier provided 429 Multilevel I and II cars.

“These new railcars are a critical component of the Portal North Bridge project, which will allow us to meet our established goals for increased capacity,” said NJ Transit President and CEO Kevin S. Corbett, who highlighted the order in a recent interview with Railway Age Editor-in-Chief William C. Vantuono. “Equally important are the benefits they will offer customers through improved reliability; comfort; and onboard amenities, including USB charging ports and state-of-the-art video infotainment systems.”

Last fall, the NJ Transit Board of Directors approved a $1.56 billion contract with Skanska/Traylor Bros Joint Venture for the construction of the new Portal North Bridge on the Northeast Corridor, crossing the Hackensack River in the New Jersey Meadowlands.

Portal North—part of the massive Gateway Program, which will eventually double rail capacity between Newark, N.J., and New York—will replace the 110-year-old Portal Bridge, a mechanical-trouble-plagued swing bridge built by the Pennsylvania Railroad in 1910.

The $1.888 billion Portal North project, which spans 2.44 miles of the Northeast Corridor line, includes construction of retaining walls, deep foundations, concrete piers, structural steel bridge spans, rail systems, demolition of the existing bridge, and related incidental works. The new bridge will be a two-track, high-level, fixed-span bridge that will rise 50 feet over the Hackensack River and allow marine traffic to pass underneath without interrupting rail traffic. Once construction begins, work is anticipated to take approximately five and a half years.

Sincaglia began his NJ Transit career in the bus division in 1996, and moved on to become a train dispatcher and Supervisor of Train Operations at the Rail Operations Center (ROC). He then served as Manager of Train Operations and Senior Director of System Operations, before being promoted in 2015 to Deputy General Manager of Transportation. In April 2020, he was elevated to lead the railroad in an acting capacity, following the passing of Raymond P. Kenny.

“We are fortunate to have Jim lead us during this exciting time at NJ Transit,” Corbett said. “Jim has been instrumental in guiding us through some of the most innovative projects and industry-leading technological advances, including successfully meeting the Positive Train Control deadlines. I have full confidence in Jim’s ability to handle the challenges associated with keeping our rail system moving each day with our customers’ best interest in mind.”