This Rail Group On Air podcast, the second of three and based on a feature story published on line and in the July print and digital issues of Railway Age, introduces Precision

The Association of American Railroads (AAR) reported U.S. rail traffic for the week ended July 4, 2020, and, although traffic declines were still evident, things appear to be getting better.

The League of Railway Women (LRW) has extended the deadline for a pair of scholarships—the Connie Sumara Memorial Scholarship and the Future of Railroading Scholarship—to July 20, 2020.

OmniTRAX, an affiliate of The Broe Group, is bringing its Rail-Ready Sites program to the Stockton Terminal and Eastern Railroad (STE). 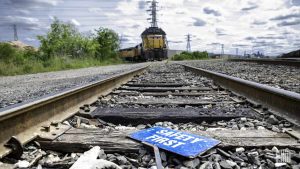 There are things the regulators don’t tell you about marshaling and storing freight cars, such as how to detect rail head wear. Most railroad executives would not know how to do this. This commentary will include a few pointers that your favorite Class I railroad salesperson won’t typically pass on as business intelligence. Bad things can and do occasionally happen in rail yards. Therefore, it is prudent risk management to consider these matters ahead of time. 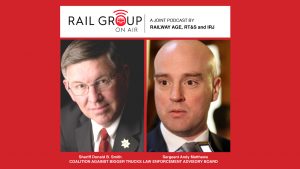 Over the next few days and then amplified by mid-month investor reporting, we will learn more about how U.S. rail freight is trending. Association of American Railroads six-month data is out. In the interim, Susquehanna Financial Group (SFG) data scientists have circulated their freight market view. As well, we’ve added some FreightWaves SONAR intermodal data to the mix.