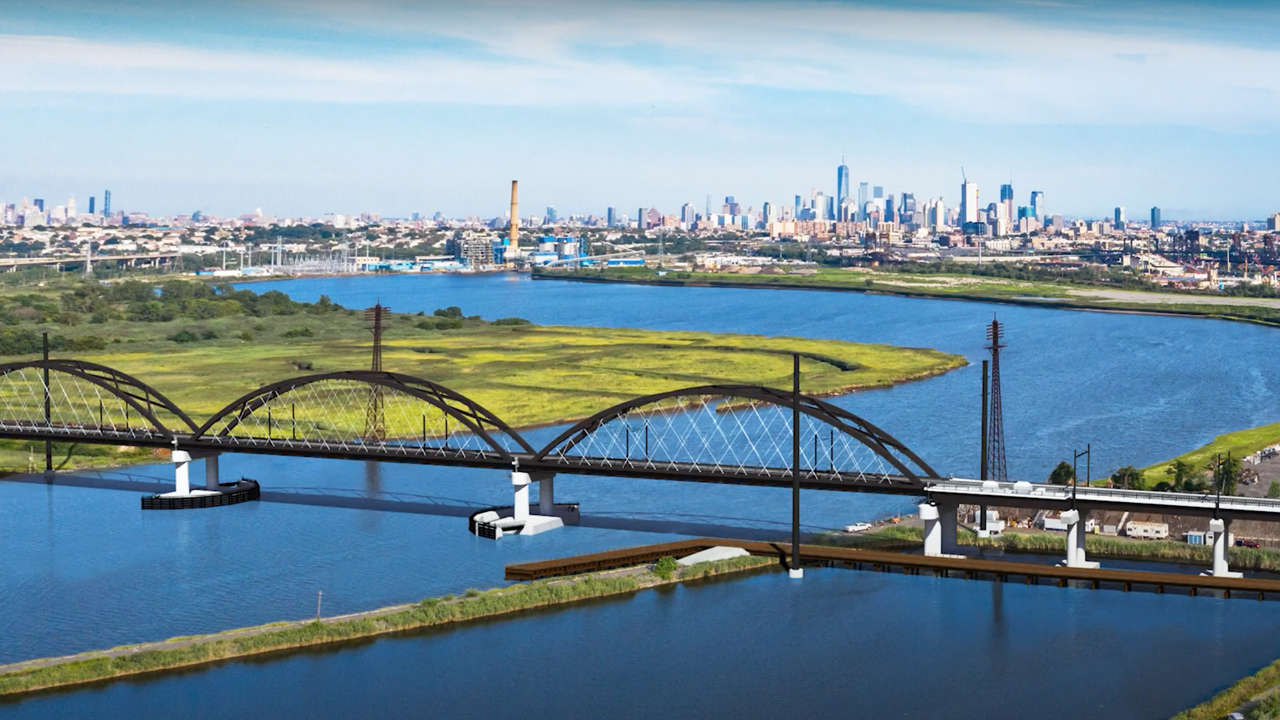 Gov. Phil Murphy has announced that the New Jersey Transit Board of Directors approved a $1.56 billion contract with Skanska/Traylor Bros Joint Venture for the construction of the new Portal North Bridge on the Northeast Corridor, crossing the Hackensack River in the New Jersey Meadowlands.

The $1.888 billion Portal North project, which spans 2.44 miles of the Northeast Corridor line, includes construction of retaining walls, deep foundations, concrete piers, structural steel bridge spans, rail systems, demolition of the existing bridge, and related incidental works. The new bridge will be a two-track, high-level, fixed-span bridge that will rise 50 feet over the Hackensack River and allow marine traffic to pass underneath without interrupting rail traffic. Once construction begins, work is anticipated to take approximately five and a half years, according to the governor’s office.

NJ Transit in January advertised the Invitation for Bid (IFB) for the $1.56 billion construction contract. The procurement was a two-step process, the initial step being the Special Pre-Qualification of Bidders. In May, the agency pre-qualified four bidders and conducted a pre-bid conference and Disadvantaged Business Enterprise outreach. Two of the pre-qualified bidders submitted proposals on Sept. 2. Skanska/Traylor Bros Joint Venture of Queens, N.Y., was deemed the lowest responsible and responsive bidder.

“Few infrastructure projects are as critical to the nation as replacing the aging Portal Bridge,” Gov. Murphy said during the Oct. 12 announcement. “With today’s step, NJ Transit is rapidly moving towards beginning the first phase of the largest infrastructure project in the United States. This award will not only bring a bridge that will resolve the long-standing bottlenecks plaguing New Jersey commuters, but will also create well-paying skilled labor jobs in the process. We would not be at this step today without our partners in the Biden Administration, NJ Transit, the New Jersey Department of Transportation, our federal delegation, Amtrak, and the state of New York.”

“The award of this important construction contract is yet another example of NJ Transit’s commitment to advance critical infrastructure projects that will ultimately improve service to our customers,” New Jersey DOT Commissioner and NJ Transit Board Chair Diane Gutierrez-Scaccetti said.

“This construction award, which is the single largest in our agency’s history, is the culmination of more than three years of hard work and determination by NJ Transit and our project partners at Amtrak,” NJ Transit President and CEO Kevin S. Corbett said. “NJ Transit will soon begin construction on the most important infrastructure project in the nation next to the Hudson Tunnel Project, creating jobs and spurring economic growth for our region, and restoring dependable rail service to the millions of customers who count on this critical rail link between New Jersey and New York every year.”

“A new Portal North Bridge that won’t have to open and close for river traffic is vital to improving safety, speed and reliability in the busiest section of the Northeast Corridor,” Amtrak Board Chair Tony Coscia said. “Amtrak is pleased to partner with NJ Transit on this important project that will improve the daily lives of riders and put Americans to work.”

“Today’s announcement is another major milestone after we secured federal funding for the project earlier this year,” said U.S. Sen. Bob Menendez (D-N.J.). “It represents a critical step towards replacing the century-old Portal Bridge that has been riddled with failures and malfunctions for too long. I appreciate the leadership of Gov. Murphy who has been committed to the completion of the Gateway Project throughout his time in office. Together, we will build a new bridge, replace the Hudson tunnels and move our nation forward.” (A new financial plan was recently submitted to the FTA to support the Hudson Tunnel Project’s inclusion in the Capital Investments Grant Program.)