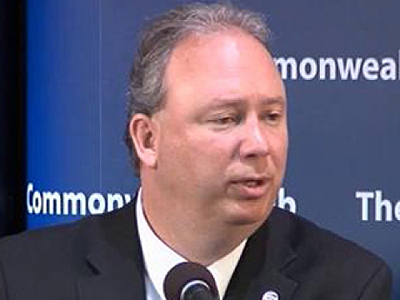 MTA’s decision, according to a blistering seven-page April 8, 2016 letter to APTA President and CEO Michael P. Melaniphy, is based on numerous reasons, not the least of which is what the MTA is calling a basic lack of stakeholder representation that has been unaddressed for at least five years.

Prendergast told Melaniphy the decision to leave APTA “was a difficult decision carefully made after many conversations among the MTA’s agency heads and with APTA leadership” and “represents the unanimous opinions of the entire MTA Executive Leadership Team.” MTA’s prime considerations were “the value to our agencies of our Transit Member status,” which costs the MTA some $400,000 in annual dues, and “the impact [MTA’s] departure from APTA might have on the public transit industry as a whole.” The letter goes on to outline how no Legacy Systems (NYMTA, NJ Transit, SEPTA, CTA, MBTA, PATH, BART, MUNI, PATCO, etc.) have voting representation on the APTA Executive Committee. “To have no voting Executive Committee member from either a legacy property or from a commuter rail carrier is unconscionable,” Prendergast said.

A public transit industry professional with no ties to the MTA and who communicated with Railway Age with the stipulation of remaining anonymous offers the following observations, most of which are based on conversations with colleagues, and are fully in line with MTA’s reasons for pulling the plug:

“APTA has generally failed to address legacy system/commuter rail issues. The challenges of updating legacy systems to comply with such things as fire codes, FRA regulatory requirements and crumbling infrastructure have simply not been properly addressed. Technical assistance and knowledge transfer has been poor, prompting MTA and other legacy systems to turn to other organizations such as the AAR, AREMA, TRB, UITP, ENO Foundation and Network Rail Consulting for this support. This work is not particularly coordinated, and APTA plays no role in it. There are many common problem areas that should be jointly addressed by the commuter rail operators. There appears to be a need for some kind of robust commuter conference to work together, to identify emerging issues early and to plan and execute solutions. It should also categorize best practices, isolate synergies and create a master plan for working together.

“APTA’s governance structure is way out of whack with legacy systems and commuter rail operations, which represent 60% of public transportation ridership. There is no voice on the Executive Committee, and the legacy systems have become largely irrelevant in key APTA policy circles. Newer western properties dominate the Executive Committee and policy-making. There is a strong view that APTA is primarily a ‘bus and trolley’ group.

“Form is more important than substance. APTA has properly paid attention to diversity and ADA issues, but there are way too many conferences (13 per year), and they are not particularly coordinated for maximum effect. Further, APTA does not provide substantive solutions to the problems that become particularly costly and complicated on the older and more complicated systems.

“Challenges facing commuter rail systems generally have been ignored by APTA. Over the past five to eight years, commuter rail agencies have been under near-constant assault by onerous and costly legislative directives. They can detract from the mission, drain resources, harm their served communities, and be demoralizing to the rider, the workforce and contractors. Two recent examples of costly federal mandates include the 2008 unfunded Positive Train Control requirement and the 2015 increase in the liability cap. Only at the very end of the legislative process did APTA get on top of these issues (and staff did a good job in the final analysis). However, APTA should have reached a firm position and strategy at a far earlier time. The expenditures required by these mandates alone cost billions. They divert critical resources such as core capacity upgrades, procurement of new equipment, and refurbishment or replacement of aging rolling stock as well as other critical safety and risk reduction and mitigation strategies.

“A third issue that would have irrevocably damaged passenger rail growth was the 2012 Senate-passed rail title to the MAP-21 bill that required every entity providing passenger rail service except Amtrak to submit to a draconian licensing and comprehensive regulatory regime at the Surface Transportation Board. The title authorized the USDOT Secretary to extract repayment from non-Amtrak passenger rail operators for any federal grants that improved rights-of-way on lines over which they operate. APTA took no position when the rail title was before the Senate, but ultimately did oppose the rail title in House/Senate Conference when many other industry groups opposed it. The Senate-passed rail title was ultimately rejected in its entirety in the MAP-21 Conference. So, the concern is that APTA often chimes in on new initiatives reluctantly and at the 11th hour. It simply doesn’t identify and engage in a timely manner. When it does finally engage, it can be quite effective, however, it is often ‘too little, too late.’

“APTA was largely asleep at the switch when formulas increasing costs of East Coast commuter rail systems passed Congress in 2008. The East Coast commuter authorities that operate over the mostly Amtrak-owned Northeast Corridor line (MBTA, ConnDOT, Metro-North, LIRR, NJT, SEPTA, MARC and Virginia Railway Express) are clearly not satisfied with APTA. These agencies face a particularly tough operating and political environment and very tight budgets. They have an enormous stake in the formulas for cost sharing on the considerable Amtrak-owned shared track. In recent years, Amtrak has been less enthusiastic about the commercial process of entering agreement through contractual obligation when it is possible to press Congress to prescribe formulas that will increase funding to Amtrak at the expense of others. This has been true on both the state-supported corridors and the commuter agencies operating on the NEC.

“The 2008 PRIIA Act mandated what the MTA called ‘somewhat onerous’ formulas. The PRIIA Commission tasked with creating the new cost sharing formulas missed its deadlines and only recently completed its work. The result is substantially higher costs on many NEC commuter users now being billed by Amtrak. Apparently, APTA played no role in representing commuter interests in the development of that legislation, and the chickens are coming home to roost. Amtrak has been sending invoices, and in at least one case—MBTA— unilaterally cancelled a bilateral agreement. In that case, Amtrak demanded an additional $30 million-plus per year for service Amtrak had agreed to provide for free in a complex reciprocity agreement outlining the obligations of each party for the use of the track and facilities. MBTA filed a court complaint stating this is ‘a violation of the Constitution’s Appointments and Due Process Clause.’ The NEC commuter agencies are watching the court action. To my knowledge, APTA has not addressed this significant issue in any fashion.

“Similarly, the rail title of the FAST Act signed by President Obama on Dec. 4, 2015, also prescribes new formulas for assessing commuter agencies for the capital improvements that will be required to bring the NEC to a state of good repair. It is not clear how Amtrak will assess what could be substantial additional costs to the commuter agencies. Again, APTA apparently played no role in the development of the legislation or seems to have any plans for the implementation.

“Buried in the thousand-plus-page FAST Act bill that passed the Senate was a strange provision that extended the NEC a short distance south of Washington D.C. Union Station to a CSX interlocking. VRE operates over that small piece of railroad to reach Union Station. As the bill passed the Senate, an investigative piece by [Railway Age Contributing Editor] Frank Wilner stated, ‘As for this instant provision redefining the NEC—a so-called legislative orphan—no Senator is claiming parenthood….’ Currently, VRE has access to the STB if there is a dispute with Amtrak. Wilner noted that if the segment in question were added to the NEC in the House/Senate Conference, ‘the track likely would become exempt from STB oversight, as is all other track comprising the NEC.’ VRE contacted the Northern Virginia Congressional Delegation, which was instrumental in seeing that the provision was rejected in the House/Senate Conference. Again, APTA was not involved. Some believe this is an example of the kind of defensive issues where APTA should be alert in flagging the matters in the first instance and then proactive in protecting the interests of its commuter rail members in the Northeast.”

Then there is the issue of Michael Melaniphy’s qualifications, leadership capabilities and level of compensation. “Based on APTA’s lack of responsiveness [during] the past five years in addressing [these] serious issues . . . we have grave concerns that you will address any of them in a meaningful way if your contract is renewed for another five years,” Prendergast told Melaniphy in the letter. “I would also note our continuing concerns about the basic elements of the employment agreement for the APTA President. These include total compensation, benefits, and other elements of the agreement as they relate to what is accepted and practiced at the current time in the public-sector arena.”

Some of Melaniphy’s critics complain about what they call his “over-the-top showboating at conferences as well as excessive compensation, given APTA is a public sector organization.” Per FY2014 IRS Form 990, Melaniphy received total compensation of just under $900,000 from APTA, an organization with about $21 million in gross revenues.

By comparison, Tom Prendergast, who has direct day-to-day responsibility for a public agency that moves roughly 11 million passengers per day, has a $13 billion annual operating budget and recently introduced a $32 billion five-year capital plan, earns less than half that of Melaniphy.

Looking at compensation as a percentage of gross revenues, Union Pacific Chairman, President and CEO Lance Fritz receives a base salary of roughly $4.9 million. UP’s annual gross revenues, according to its 2014 Securities and Exchange Commission Proxy statement, were $24 billion. On this basis of comparison, Melaniphy’s compensation is 21 times greater than that of the chief executive of the largest Class I railroad in North America.

There has been speculation that, now that the New York MTA has pulled the plug on APTA, other legacy systems will follow MTA’s lead. What this means for APTA and its future remains to be seen.

“We are obviously disappointed as NewYork MTA’s membership is important to us. We are continuing the conversation with MTA and we are working hard to show the value of APTA membership to them and all of our members. We believe that continued partnership and collaboration among MTA, APTA, and the overall public transportation industry is important as APTA serves the public interest and represents all modes of public transportation.”

The complete letter can be downloaded at the link below.