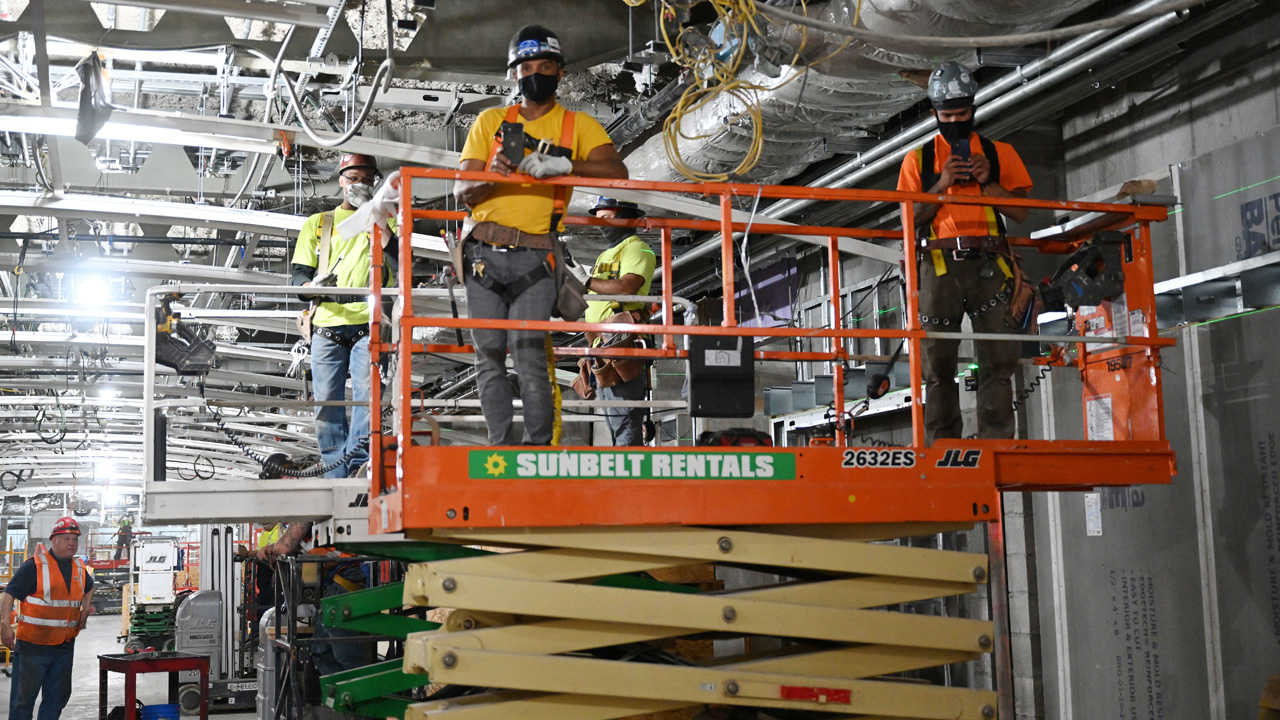 Civil construction of MTA Long Island Rail Road’s East Side Access (ESA) project has wrapped up, with third rail to be electrified and test trains to run this summer before LIRR service to Grand Central Terminal begins in December 2022.

Construction of the $11 billion ESA project—originally conceived in the 1960s and developed in the 1990s—began in 2006 (see below for a video overview). It includes a new 350,000-square-foot passenger terminal under Grand Central Terminal, which currently serves MTA Metro-North Railroad and MTA New York City Transit. The new connection will double LIRR’s capacity into Manhattan, with up to 24 trains per hour, and cut travel time for Queens, N.Y., riders by 40 minutes per day, according to New York MTA.

The terminal will offer new entrances along Madison Avenue, as well as 25 retail storefronts, Wi-Fi and cell service, new art installations, and digital signage with real-time train information. Additionally, 17 182-foot-long escalators will connect commuters between the new concourse and mezzanine of the train terminal 140 feet below Park Avenue. The mezzanine leads to an upper train level that offers two platforms and four tracks, and a lower train level that similarly has two platforms and four tracks.

LIRR trains will enter the concourse from a newly activated tunnel that carries two tracks as it passes under the East River at 63rd Street. The two tracks then fan out to four and then eight on the two levels.

A new yard in Queens has been built to accommodate up to 300 railcars, and the Harold Interlocking (pictured above) has been updated, including the installation of 97 new track switches, 295 catenary poles used by Amtrak, five new steel railroad bridges, and 8,445 feet of retaining walls.

Overall, the project includes more than 40 miles of new track and nearly 13 miles of newly excavated tunnels, with 44 ventilation fans, 550 miles of cable and 975 security cameras, 15 overhead gantries that display train control signals, and 14 huts alongside the tracks containing signal system components, according to MTA.

The focus of the project now, MTA said, will shift to testing and commissioning of systems, such as power communications, HVAC and security.

“When I came to the MTA in 2018, one of my first actions was to do an in-depth review of East Side Access,” MTA Construction & Development President Janno Lieber said. “We doubled down on this project—expressing faith in its fundamentals, but overhauling the way we were pursuing it. In the past, when challenges were encountered, the answer was to push back the project completion date. We put an end to that and committed this project would be completed in 2022 as had been promised. Today’s  [May 27] announcement is an affirmation that our approach is working.”

MTA is also at work on the LIRR Expansion Project, which will add a third, 9.8-mile track from Floral Park to Hicksville, N.Y., to reduce train congestion and delays. It provided an update earlier this year.

Additionally, the Metro-North Penn Station (New York) Access Project is moving forward following a pause due to the pandemic and to funding uncertainty at the New York MTA.