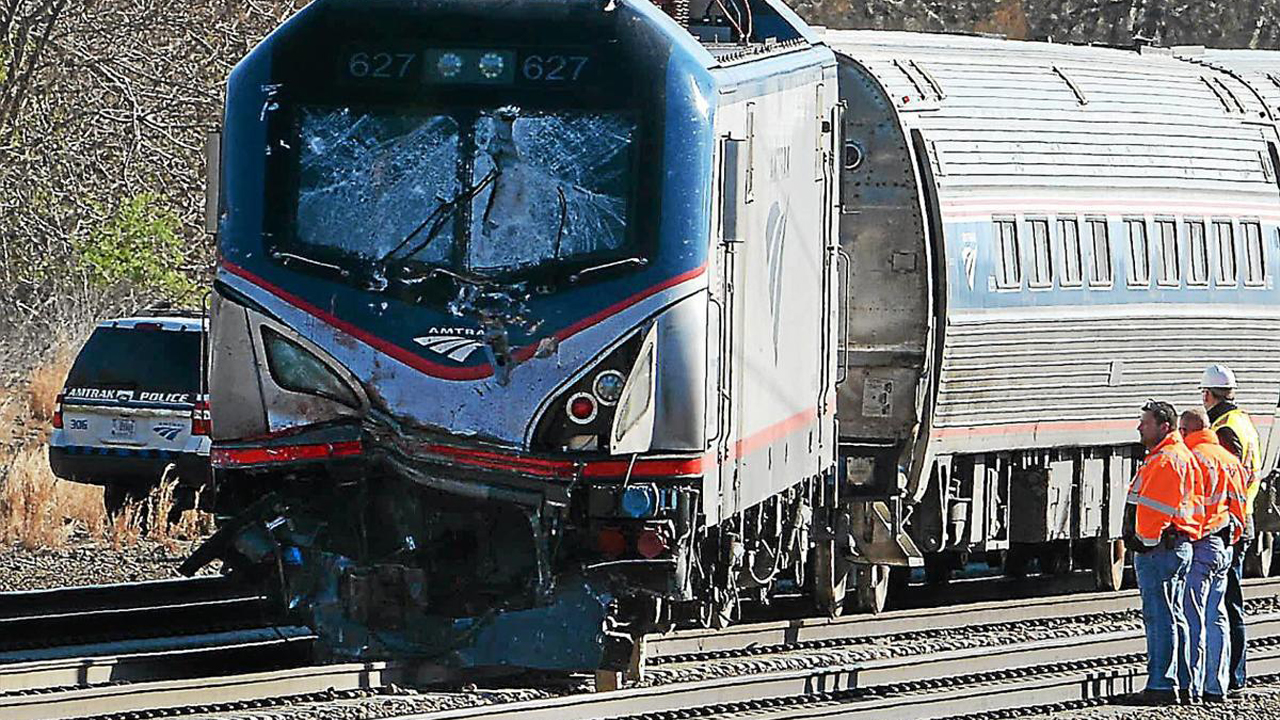 The Amtrak wreck at Chester, Pa., in which a backhoe was struck, killed two m/w workers. Photo courtesy the Delaware County Times.

If the new Amtrak management team is sincerely trying to improve safety, we ought to all support what they are doing. But if Amtrak is only using safety as a stalking horse to pursue another agenda (such as discontinuing L-D trains, as is believed in many circles), it should be called out on it.

“Should Amtrak stop running trains because some PTC systems do not fully meet the requirements of the law, or because their host railroads have not implemented PTC on all or part of their Amtrak routes?” observes my colleague Steve Ditmeyer, among many other roles in his career, an FRA official. “I say no. But I also say that the government should provide funds to Amtrak and its host railroads to implement fully compliant PTC systems on all Amtrak-served routes as soon as possible.”

Amtrak’s self-imposed PTC deadline of Dec. 31, 2018—FRA’s interim deadline for meeting certain PTC requirements and qualifying for an Alternative Schedule—for long-distance trains is unachievable. What should be achievable is FRA’s absolute, final deadline of Dec. 31, 2020 for providing 100% PTC coverage for all railroad operations requiring PTC, including Amtrak. Given that the freight railroads are well along on meeting both the interim and final deadlines (interoperability being the last remaining hurdle), this should give the freight railroads enough time to finish the job.

Former Amtrak President and Federal Railroad Administrator Joe Boardman* has referred to the 2016 Chester, Pa., backhoe accident on the Northeast Corridor involving Train 89, the Palmetto, as being “caused by human error.” However, the whole point of PTC is to protect against human errors. At least one more Amtrak worker died this year (in Bowie, Md.); it has been suggested that Amtrak is still failing to heed NTSB recommendations. It is quite likely that both of these accidents could have been prevented by an EIC (Employee-in-Charge) or TFT (Track-Forces-Terminal) Workstation integrated with PTC and an EEPS (Enhanced Employee Protection System). (See page 82 of FRA’s Railroad Workplace Safety; Roadway Worker Protection Miscellaneous Revisions, downloadable at this link.)

Adds Ditmeyer: “I disagree with Boardman that ACSES PTC was functioning when the track maintenance workers were killed because of ‘human error’ at Chester. Had ACSES PTC been functioning according to the PTC definition in the RSIA (Rail Safety Improvement Act of 2008), the work zone would have been protected.”

In my Railway Age opinion piece shortly after the 2016 Chester accident, I suggested that FRA make EICs mandatory for all Vital PTC installations such as Amtrak’s. This has yet to be done.

Therefore, Amtrak should acknowledge the need for this technology for protecting track workers in high-speed, multiple-track territory, and equip all of its track forces— as Metro-North has already done—to prevent future track worker accidents. Amtrak should also close the gap in NEC train safety protection, which does not include effective protection against train collisions under 20 mph.

Trains are not supposed to enter the tracks that are in use by work gangs—period. Did FRA take into account that the scope of a work zone restriction may also impact parallel tracks? Again, the NTSB made a recommendation to this very effect that Amtrak ignored. So the scope of an EIC/TFC for the NEC should comprehensively include both the process of applying work zone restrictions (including any on adjacent tracks) as well as releasing them, which is the error that led to the Chester accident. So the root cause of the Chester accident was actually releasing the track while the work equipment was still on the track. The EIC process, had it been in place, would have prevented this.

To clarify, once work zone protection is in place, the EEPS system sets up a geofence. Usually, a GPS device is on the work equipment as well as (sometimes) on the workers. The EEPS won’t release the work zone until all the equipment and workers are reported clear and confirmed by GPS. This is how EEPS could have prevented the Chester accident. There is no question whether there should be GPS on board the equipment. The only question is whether that is a PTC functionality or actually an EEPS functionality.

In conclusion, if Amtrak does take the initiative to plug the gaps caused by FRA safety exemptions in its own NEC territory, it will show that it is serious about going beyond the minimum FRA requirements. Otherwise, it will be hard to take Amtrak’s safety concerns seriously in regard to exemptions that its host freight railroads have obtained for operating long-distance trains. Amtrak needs to lead by example to show that it is really serious about safety. 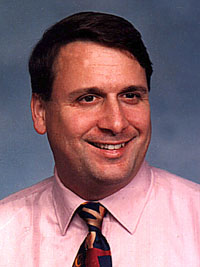 Dr. Edwin “Chip” Kraft is Director of Operations at TEMS (Transportation Economics & Management Systems, Inc.), which specializes in Operations Planning, Demand Forecasting, Economic Analysis, Infrastructure Management, and Systems Development. He has more than 25 years of experience in the railroad industry, and has worked on both freight and passenger planning projects in prior positions at Conrail, CSX, Union Pacific and Amtrak. He is a recognized expert in passenger and freight rail operations, simulation and project evaluation. Dr. Kraft is the author of numerous papers and articles on rail operations and line capacity modeling, and holds two U.S. patents for improved rail yard designs. His current project management responsibilities include the Midwest Regional Rail Initiative, Cleveland Hub Study, VIA Rail infrastructure and operations systems project and freight railroad capacity studies.

* Editor’s Note: Joe Boardman points out that his tenure at FRA ended on Nov. 25, 2008, “long before there was even a discussion about exemptions for PTC on any railroad. In addition, my tenure at Amtrak ended two years ago this month (September 2016), before the NTSB report on Train 89 came out and mostly  before serious discussions and decisions on what would be done about PTC exemptions. This article does not explain that FRA would also require something similar to, if not the same as, the process that  current management has labeled SMS (Safety Management System). The potential loss of service to the people and communities along the Southwest Chief route is based on an artificial PTC deadline and a series of less-than-transparent reasons that are, in my view, becoming the subtext for Amtrak’s desire to cancel those services without consideration of what was a line that already had ATS Automatic Train Stop) and was in most locations without any other train traffic.” – William C. Vantuono