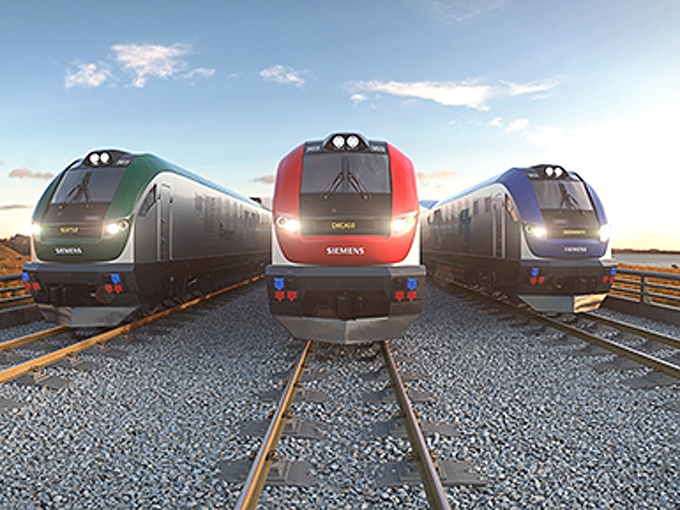 California, Illinois and Maryland have ordered a combined 34 Charger diesel-electric passenger locomotives from Siemens Mobility, bringing the number of state Departments of Transportation procuring these units to six and the total number of units to 69. The locomotives will be built at the Siemens rail manufacturing plant in Sacramento, Calif.

The original procurement order (“framework contract”) for 35 Charger locomotives worth $225 million was signed in March 2014 by the Departments of Transportation in Illinois, California, Michigan, Missouri and Washington State. The order included an option for up to an additional 222 locomotives.

Adding to the original 35 units, the California Department of Transportation (CALTRANS) ordered 14 Chargers for the Amtrak Pacific Surfliner route along the southern California coast from San Luis Obispo to San Diego via Santa Barbara and Los Angeles. The Illinois Department of Transportation (IDOT) will expand its fleet by 12 locomotives. Maryland Transit Administration (MTA is the sixth agency to join the procurement process with eight units for the MARC commuter rail line that serves Caltimore, Brunswick, Frederick, Martinsburg and Washington D.C. as well as Harford County. With this order, CALTRANS, IDOT and MTA have brought the total to 69 Chargers.

The Charger is also FRA and Federal Transit Administration Buy America-compliant with parts produced by U.S. suppliers or offshore suppliers with domestic manufacturing facilities. This includes Siemens traction motors and gearboxes manufactured in Norwood, Ohio, and Siemens power inverters made in Alpharetta, Georgia. Cummins builds the QSK95 in Columbus, Ind.

“With these new state-of-the art, energy-efficient locomotives, California can continue toward its goal to offer more alternative and sustainable transportation choices,” said Caltrans Director Malcolm Dougherty. “Not only will these new locomotives promote increased passenger rail ridership, but they will have environmental benefits by reducing the amount of automobile traffic.”

“Approval of this contract enables us to replace older locomotives, thereby improving the reliability and efficiency of MARC for thousands of commuters, businesses and tourists that depend on this vital train service every day,” MTA CEO Paul Comfort added. “This cooperative agreement also enabled us to purchase these eight new locomotives at a lower cost, which will save taxpayers money.”