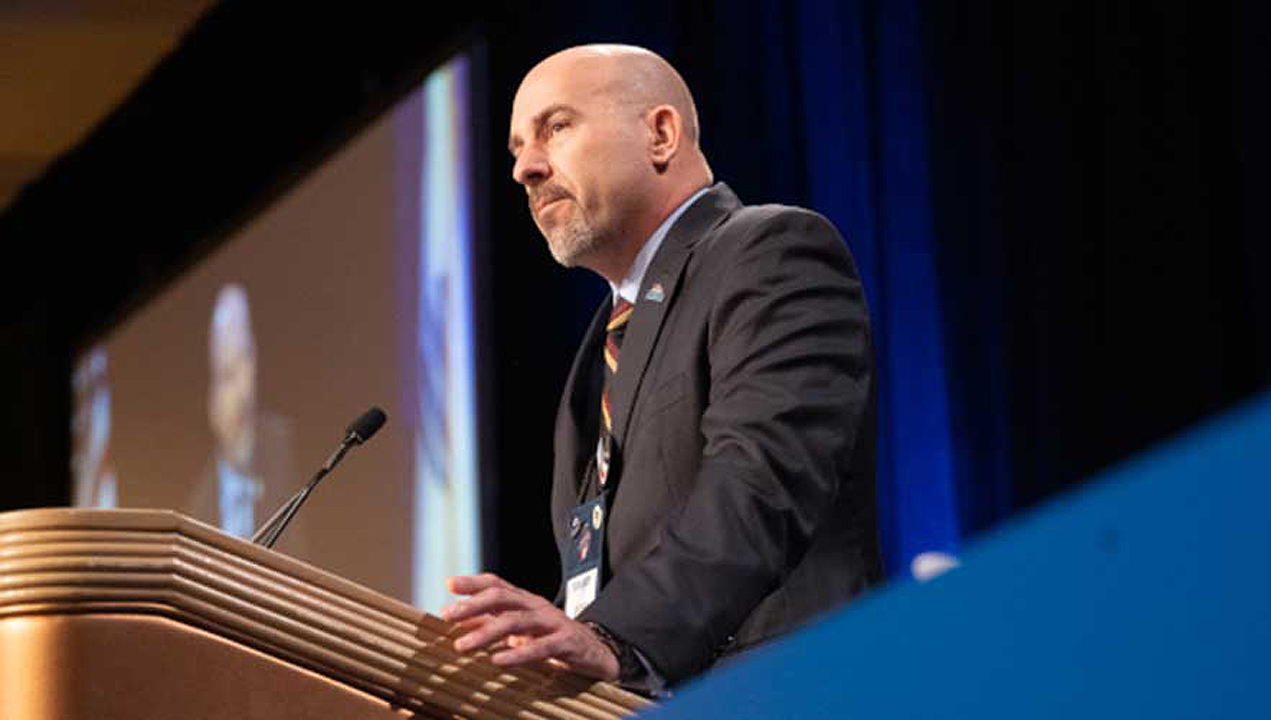 The recommendations of Presidential Emergency Board (PEB) 250 regarding wages, benefits and work rules are “a vast improvement over the carriers’ previous proposals,” SMART Transportation Division President Jeremy R. Ferguson said in an Aug. 18 statement, but they “do not go far enough to provide our members with the quality of life that they have earned, and that both they and their families deserve.”

SMART-TD is the first union to weigh in on PEB 250’s Aug. 16 report with non-binding recommendations, which follows a 31-monthlong dispute between most major railroads (and many smaller ones)* and their 12 labor unions** representing some 145,000 unionized rail workers.

The National Carriers Conference Committee (NCCC), which represents the freight railroads in national collective bargaining, on Aug. 16 explained that “[t]he PEB’s recommendations would increase wages by 24% during the five-year period from 2020 through 2024, with a 14.1% wage increase effective immediately. The recommendations also include five annual $1,000 lump sum payments, adjustments to health care premiums, and limited changes to work rules. A portion of the wage increases and lump sum payments would be retroactive, resulting in more than $11,000 on average in immediate payouts to employees.

“Though the recommended wage terms significantly exceed those proposed by the carriers in this round and are far above those contained in prior rail labor settlements, it is in the best interests of all stakeholders—including customers, employees, and the public—for the railroads and rail labor organizations to settle this dispute and prevent service disruptions. Accordingly, the railroads are prepared to meet with the rail unions and reach agreements based on the PEB report without delay.”

The recommendations’ release “is but the first step in the process, so please be patient as this situation continues to evolve,” Jeremy Ferguson said in his Aug. 18 statement to SMART-TD members, which Railway Age reproduces in its entirety below. “We are currently gathering and evaluating information, which includes input from the membership, as we weigh the PEB’s recommendations and what our options may be.” He noted the “decision on whether to accept a tentative agreement that could be based on these recommendations may ultimately lie in the hands of those same workers whose passion and determination carried the country through a pandemic and a supply-chain crisis.”

Under the Railway Labor Act (RLA), a strike or lockout is prohibited for 30 days after release of the PEB recommendations, allowing unions and management to consider them “and make another effort to achieve a voluntary settlement,” according to an Aug. 15 report by Railway Age Capitol Hill Contributing Editor Frank N. Wilner and John J. Brennan III, a retired Chief Counsel of the Federal Transit Administration and former Senior Counsel for Union Pacific. “The sides could even agree on extending the cooling-off period—as it is known in labor relations parlance—if an agreement appears within reach, although a voluntary extension is not likely.”

If no agreement is reached after the 30 days, RLA has run its course and unions may strike or management may lock out, according to Wilner, author of “Understanding the Railway Labor Act,” published by Railway Age sister company Simmons-Boardman Books. “Typically, in such situations, Congress acts quickly to write a back-to-work order that also typically contains third-party and binding settlement terms.”

Following is Ferguson’s full statement, as published on the SMART-TD website:

“On Tuesday, August 16, 2022, Presidential Emergency Board 250 (PEB 250) provided the White House with its recommendations for settlement between the National Carriers’ Conference Committee (NCCC) and the United Rail Unions coalition. And while the recommendations of PEB 250 were a vast improvement over the carriers’ previous proposals, the recommendations do not go far enough to provide our members with the quality of life that they have earned, and that both they and their families deserve.

“Last month, the leaders of the dozen-strong United Rail Unions delivered impassioned and technically sound presentations before the PEB expressing the need for improvements to quality-of-life issues, including addressing the draconian carrier attendance policies and the need for more paid and scheduled time off. However, it would seem as if these were not deemed as key issues. Obviously, our preference was for the PEB to make firm and bold changes to that status quo, but, unfortunately, they deferred and moved these important issues back to the domain of arbitration.

“Additionally, the PEB recommended a 22 percent cumulative, 24 percent compounded, raise in compensation, which, if passed, would be the largest raise rail labor has seen in 47 years, but falls well short of our proposed benchmark to provide our members, most of whom have worked tirelessly throughout the pandemic and have brought about the richest era in railroading history, with a rate of pay of which they are deserving and that will attract new talent. Our organizations presented real-time statistics that exhibited how our remaining members are left to shoulder the additional workload after seeing valued co-workers laid off or resigning as a direct effect of Precision Scheduled Railroading. Furthermore, it is unknown if the recommended wage and benefit package will assist in retaining workers, let alone recruit new employees into the industry. Only in time, if accepted, will we be able to correctly answer that question, but based on our initial feedback, the outlook is not good.

“SMART-TD leaders made our case clear before the PEB in July that our membership and the membership of the other unions deserve better, especially in recognition of what we accomplished before, during and after the pandemic. Our position has not changed, nor have we wavered from it. We are and will continue to fight for each and every one of our members, seeking the best possible outcome in all that we engage in.

“Truthfully, your union negotiators feel a level of disappointment with the PEB’s recommendations falling short on many of our requests — especially as it split the difference between what Labor and the carriers were seeking from a wage perspective, rather than choosing one over the other. While it is a slight comfort knowing that these results are still better than those the carriers previously proposed and what likely would have been obtained under the previous administration, it does little to alleviate the division between the hedge fund managers, shareholders, and railroad officers — those who have obtained record profits, bonuses, stock buybacks and lower operating ratios all the while sitting in their climate-controlled, sanitized corporate offices — while the working people, their employees, our members, fellow brothers, and sisters are on call 24/7/365, working safely, loyally, moving America’s freight and citizens.

“The decision on whether to accept a tentative agreement that could be based on these recommendations may ultimately lie in the hands of those same workers whose passion and determination carried the country through a pandemic and a supply-chain crisis.

“Although we share your frustration, our effort towards attaining the best possible contract for our membership will not be deterred. This is but the first step in the process, so please be patient as this situation continues to evolve. We are currently gathering and evaluating information, which includes input from the membership, as we weigh the PEB’s recommendations and what our options may be. The remaining members of the coalition will be meeting with the NRLC in the very near future to determine if a possible tentative agreement can be reached as a result of these recommendations.

“In the meantime, we will be presenting factual information strictly based on the PEB recommendations in an effort to educate all involved what this could look like from a financial standpoint when evaluating GWI’s, back pay, or the 15% cost sharing associated with your health and welfare plan. These presentations will be without the opinion of SMART-TD in an effort to strictly dispel any misconceptions or misunderstandings of how these critical components should be reviewed at this time.

* Note: CSX, which had been negotiating wages and work rules separately with two of the 12 unions, has joined the coalition of other railroads. The other Class I railroads in the bargaining coalition led by the National Carriers Conference Committee (NCCC) are BNSF, CN, Kansas City Southern, Norfolk Southern and Union Pacific. Canadian Pacific is negotiating separately with all its unions.