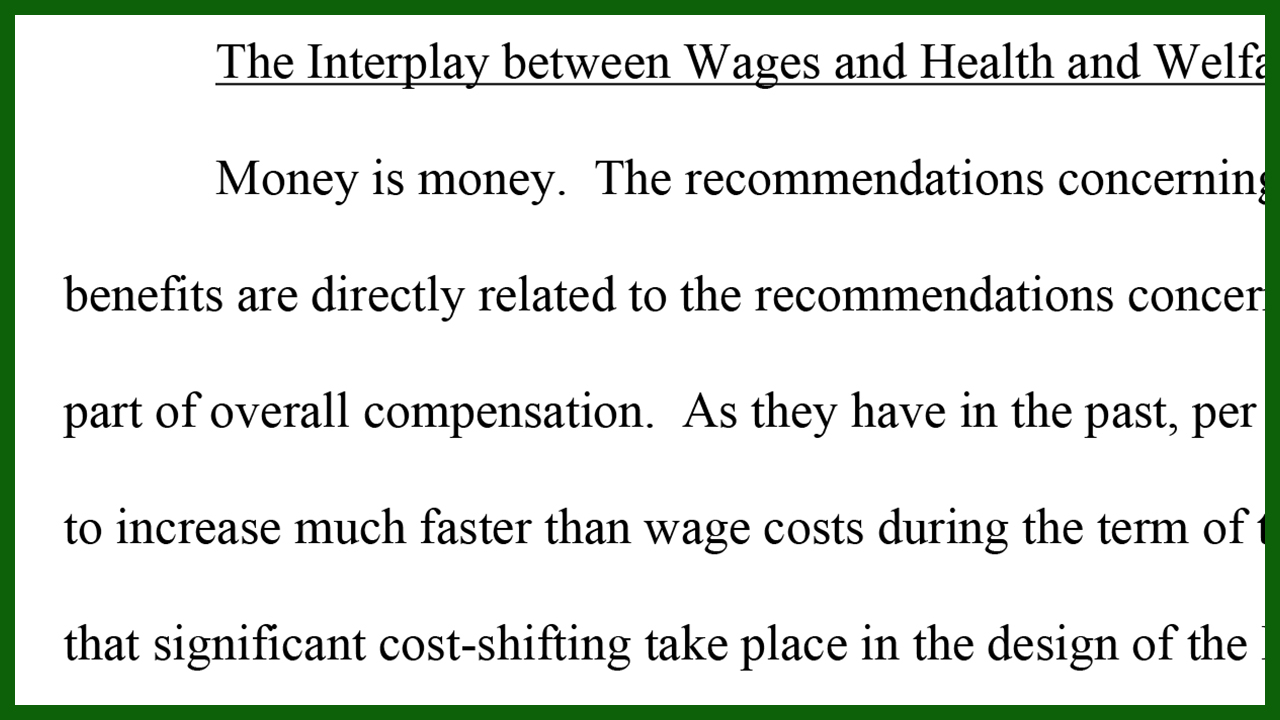 When I began my railroad management career in labor relations, I had been working the brakemen’s extra board at Proviso Yard in Chicago for the Chicago & North Western Railway. At that time, the industry was in the midst of its most complex and divisive craft negotiations—both crew consist and clerical and mechanical craft rules—to try and find a way to improve productivity without compromising safety. At stake were the financial survival of the railroad industry and its ability to serve its customers.

As we worked our way through those negotiations over the following years, our labor relations leader (a unique lawyer and business leader) would remind us that “We are in a service business—and we cannot run a successful and profitable service business without the good will of our employees.” Led by this mission statement, we were able to address the crew consist issue through a Presidential Emergency Board (PEB 213), a binding arbitration, but most important, a comprehensive voluntary agreement with the UTU that solved the crew consist at the time, and led to the industry’s resolution of the redundant crew member issue.

The issuance of the Report of PEB 250 on Aug. 16 (downloadable below) can provide a similar tool for the parties involved in the current dispute. PEB 250 characterized its task as differing, in many respects, from prior national disputes because all of the labor organizations are involved, and there have been no settlements that either party asserts should be treated as a pattern. The PEB then proceeds, in a comprehensive way, to give the parties its best thinking on all of the many detailed issues that were presented.

The PEB’s recommendations on Wages and Health and Welfare provide a detailed economic rationale that both the carriers and the uniond can present to their constituents as a workable way to address the next few years. Recommendations on the remaining issues—holidays, paid sick leave, and a variety of work rules—are thoroughly discussed, with recommendations made that both parties should be able to sell to their constituents. This report is a track chart that gives both the carriers and laborthe foundation of an agreement and a clear track ahead.

In providing this exhaustive analysis of a labor settlement, PEB 250 also provided the important context of why a settlement is in the best interests of the parties. The most immediate reason is that, failing a settlement, the legislative process, with its myriad of uncertainties, will take over, and the outcomes of that will probably not turn out well for either party. The days when Congress could be counted on to deliver a clean “unanimous consent” or other constructed settlement are no longer with us.

This PEB also recognized the essential relationship involving the railroads, their employees, their customers and the economic well-being of the nation in general. And this circles back to the mission statement mentioned at the start of this article: “We are in a service business—and we cannot run a successful and profitable service business without the good will of our employees.”

The PEC stated: “The rail employees before us have provided essential service to the customers, to the carriers that employ them, and to the U.S. economy as a whole. Railroad work has never been easy. But during the period from 2020 onward, it has been even more demanding in many ways.” Those demanding ways have been brought on, in part, by the pandemic, and the service sector’s response to the pressures of erratic demand. They have also been amplified by the focus on PSR, which may be a measure of productivity, but is not a measure of customer or employee satisfaction. The PEB recognized and tried to bring the proper balance of all of these factors to bear as it crafted its economic recommendations.

For the issues that the Board recommended be remanded to the parties for a negotiated settlement—particularly the crew consist issue—the negotiating process will winnow out those items that might be “nice” to have, but are not essential to the well-being of the employees, the carrier shareholders or the customers.

At the end of all of the time that these parties have been engaged in this current round of national handling, the issues are clearly stated, the Presidential Emergency Board has delivered an impressive and workable outline for a settlement, and the parties have all of the necessary tools needed to reach agreement, to meet the needs of the employees and the shareholders, to serve the customers and to continue to play their critical role our country’s economic health.

Paul Lundberg served as Vice President Labor Relations and Chief Operating Officer of the Chicago & North Western, and was C&NW’s member on the NCCC. He also served as General Manager of Boston’s Commuter Rail, COO of RailAmerica, and currently consults on freight and passenger rail issues.

Download the PEB 250 Report. The recommendations begin on p. 33: