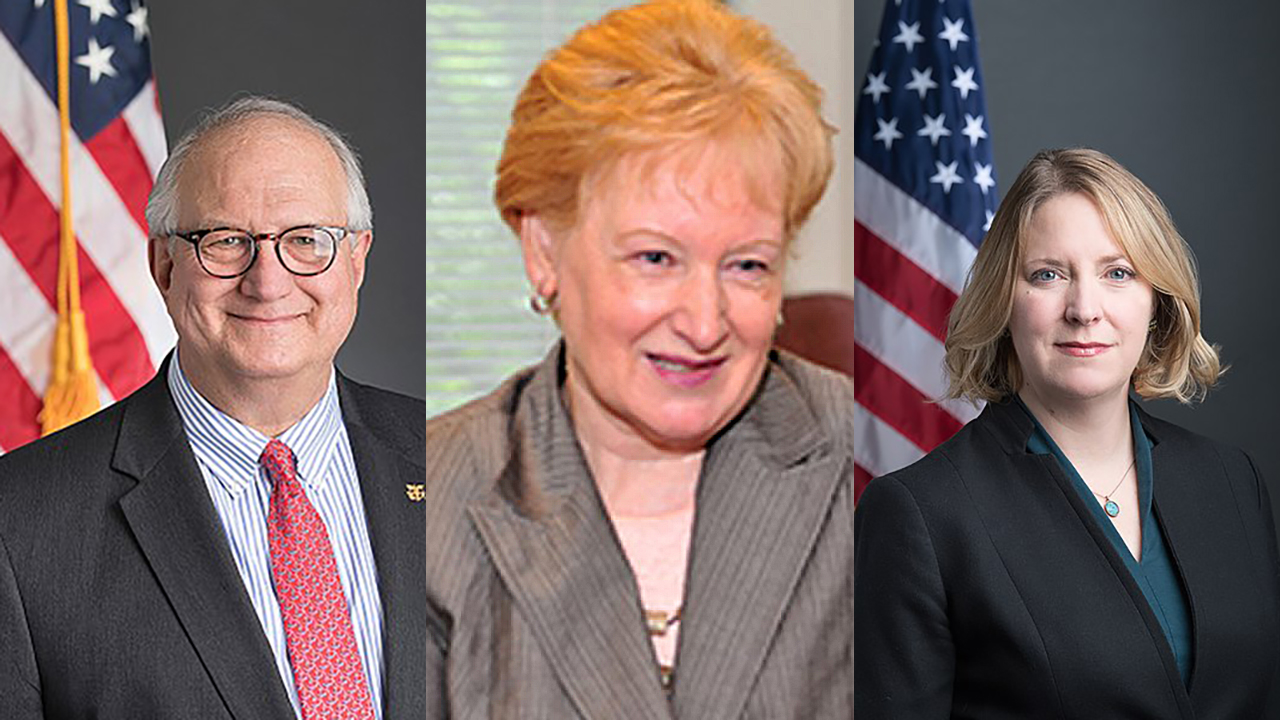 It may be the “snooker” of this century, and there’s not much railroads can do about it so long as Democrats control both chambers of Congress.

And that appears rail labor’s objective, shepherded by an accommodating Democratic majority on the National Mediation Board (NMB) that this week abandoned the agency’s long-admired neutrality and core mission of using all its tools to facilitate voluntary agreements and prevent interruptions to interstate commerce.

In what has the appearance of a cozy-up to rail labor, the NMB on June 14 voted a hasty, if not premature, release from NMB-guided mediation, ending attempts to negotiate, voluntarily, amendments to existing wage, benefits and work rules agreements.

The NMB’s action set in motion a 90-day-maximum time clock toward an economy-jolting nationwide rail shutdown in the midst of existing supply chain chaos—the calendar explicitly assuring that labor-friendly Democratic majorities in the House and Senate will have opportunity to dictate new contract terms.

There is no statutory provision directing the NMB to take the hasty and unprecedented action it did. In fact, the release came barely two months after the start of mediation involving 10 of the 12 rail unions bargaining with most Class I freight railroads and many smaller ones on behalf of 115,000 unionized rail workers. Historically, productive mediation requires far more time and effort.

Most startling about the hasty release from mediation is that the NMB did so without benefit of a work stoppage impact statement that the NMB itself sought from the Federal Railroad Administration (FRA). As confirmed by the FRA, the NMB on May 20 requested the FRA provide guidance on the economic impact of a nationwide rail shutdown—followed by a second NMB request for expedited handling. Yet when told the impact statement couldn’t be completed before June 20, the NMB released the parties anyway.

Although the Railway Labor Act (RLA) does not require an impact statement—release from mediation being a “judgment” call by the NMB—there is no logical reason, save partisanship, that the NMB proceeded without it, especially as the NMB requested the impact statement in the first place.

Nor does the RLA contain a bright line date for mediation to end. While the NMB uses the congressional calendar to assure Congress is in session on dates a rail work stoppage could occur following release from mediation, the NMB could have waited until mid-August, for example, to release the parties and still assure Congress is in session if needed—or even later, until 2023, when a new Congress is seated Jan. 6. The later dates would have allowed additional mediation sessions and review by the NMB of FRA’s impact statement.

A later release, however, would have delayed a strike date until after the November mid-term elections—the significance being that lame-duck lawmakers are less predictable in their votes, such as to end rail work stoppages and impose a third-party settlement. As for an even later release, politics is at issue as almost all prognostications are for landslide losses for Democratic lawmakers in November and Republican control of Congress come January. Labor clearly benefits from the early release.

The NMB’s two Democrats, Linda Puchala and Deirdre Hamilton, did not respond to a request for comment as to why they voted for the early release ahead of the impact statement requested in May. The Board’s Republican, Gerald W. Fauth III, a former STB chief of staff and career rail-shipper consultant who voted “no,” responded, “I voiced my concerns and requested a delay.”

Puchala is a former President of the Association of Flight Attendants, while Hamilton is a former Teamsters Union attorney. Notably, two of the 12 unions—comprising some 40% of the 115,000 unionized rail workers affected by the negotiations—are members of rail unions affiliated with the Teamsters. They are the Brotherhood of Locomotive Engineers and Trainmen (BLET) and the Brotherhood of Maintenance of Way Employes. Teamster-affiliated BLET President Dennis Pierce is chief negotiator for 10 of the 12 unions. It is not known if Hamilton considered recusing herself from votes involving Teamster-affiliated rail unions.

Additional mediation sessions would not have had adverse consequences for union members. Agreements are retroactive to the date negotiations begin, and carriers, recognizing the bite of price inflation over the past 12 months, offered cash advances of $600 monthly until a voluntary and retroactive agreement is reached.

While the NMB’s two Democrats may be currying favor with rail labor, there won’t be many happy faces in the Biden Administration or among Democrats if, as a result of the early release, there is an economy-jolting rail shutdown prior to November elections.

By contrast, the International Longshore & Warehouse Union (representing 220,000 West Coast dock workers)—sensitive to supply chain issues and national defense readiness—has joined with port employers in a pledge, following a request by President Biden, to remain at the bargaining table as long as it takes to reach a voluntary settlement and avoid a port shutdown.

Since the start of rail negotiations in January 2020—severely limited in negotiating sessions owing to the Covid-19 pandemic—labor has relentlessly pressed the NMB to declare a bargaining “impasse” and allow a Biden-selected Presidential Emergency Board (PEB) to be named. Ostensibly, it would make labor-friendly non-binding recommendations that could be imposed by a Democratic controlled Congress once a work stoppage commences—and hopefully include a two-person crew mandate.

Historically, the NMB has considered such demands as rail labor made as bad-faith bargaining and kept intransigents at the bargaining table. Former NMB member Harry R. Hoglander, a Democrat, once wrote how NMB “clout and muscle forced many a reluctant, uncompromising participant into accepting compromise.”

In this current round of negotiations, the NMB majority seems to have abandoned its clout and muscle in favor of accommodating rail labor.