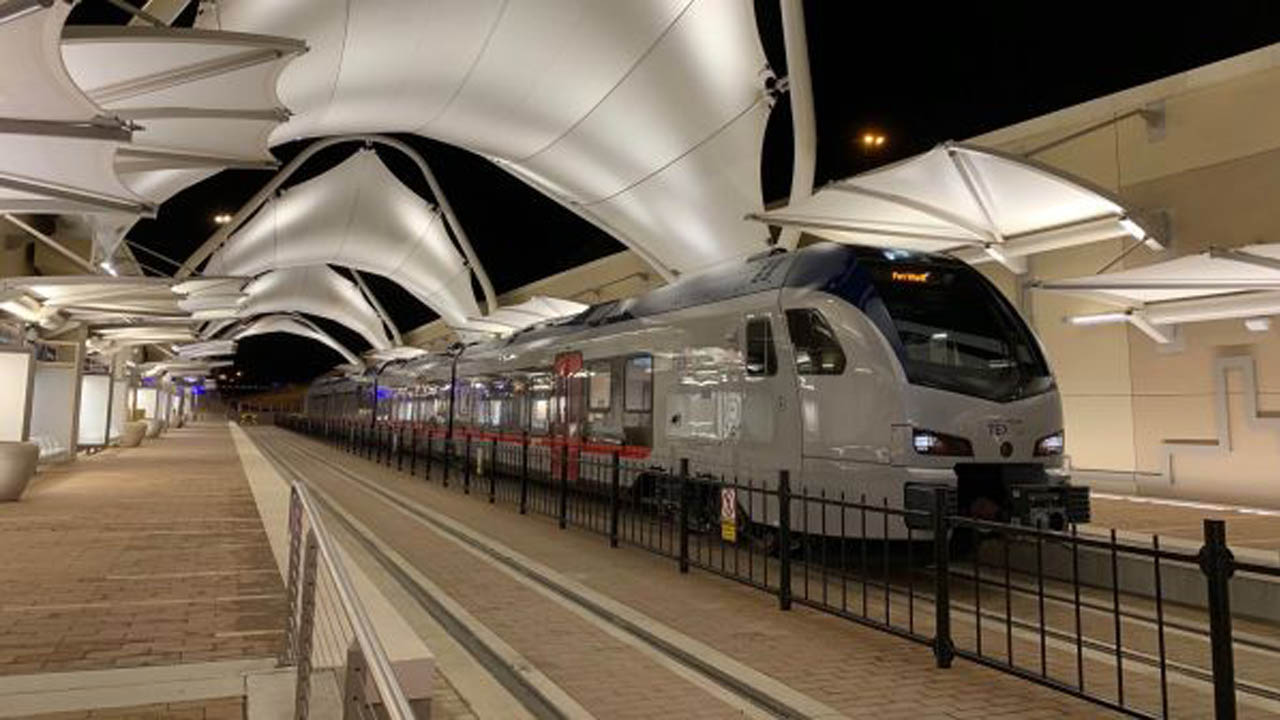 TEXRail inaugurated passenger rail services between Dallas/Fort Worth International Airport, Grapevine and central Fort Worth on January 10 with the inauguration of the 28-mile commuter line.

TEXRail begins at DFW Airport Terminal B and serves seven intermediate stations before terminating at an interchange with the Dallas–Fort Worth Trinity Rail Express commuter rail line at T&P station in Fort Worth.

Trinity Metro is initially operating an hourly service seven days a week with a journey time of 52 minutes. Travel will be free of charge until January 31, with a fare of $2.50 for a single trip and $5 for a day pass thereafter.

Construction began in August 2016 and the $996-million project was funded with the aid of a $44.9-million Full Funding Grant Agreement from the Federal Transit Administration.

Each 266-foot-long articulated train accommodates 488 passengers, 229 of them seated, with four sets of doors on each side.

Signaling, telecommunications and a command and control center were supplied by Wabtec under a $97-million deal signed in early 2017.