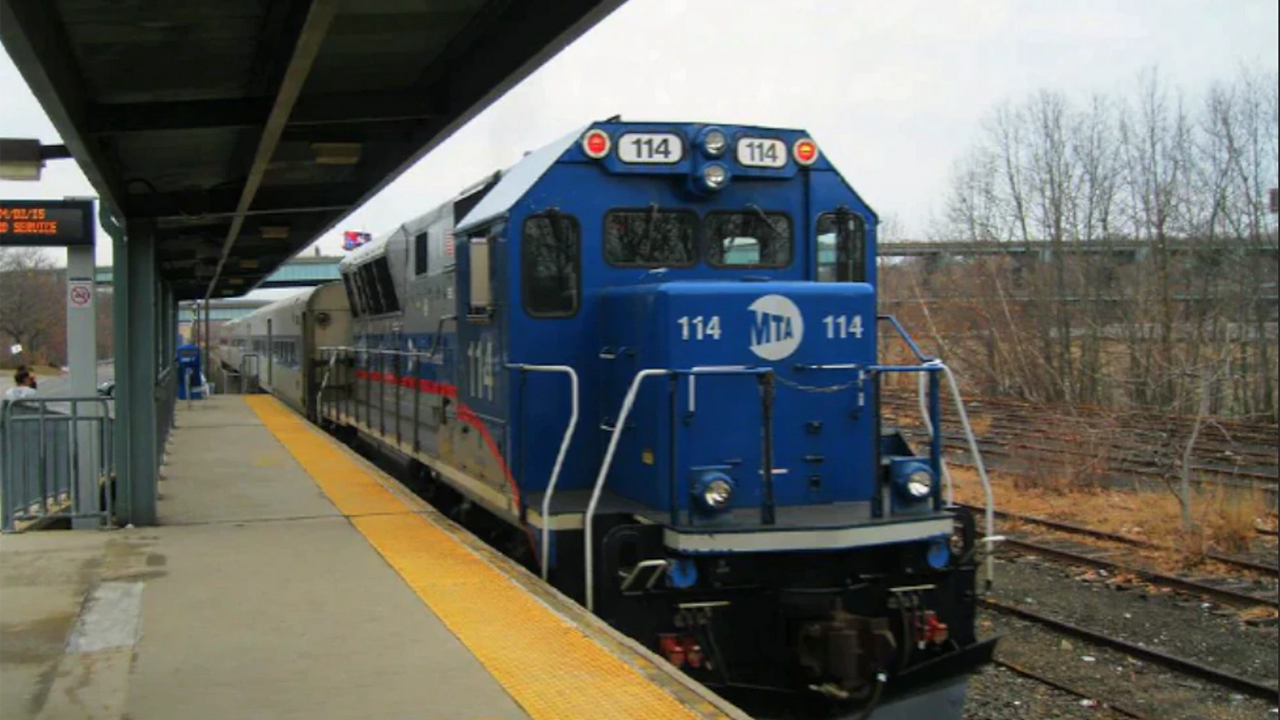 MTA Metro-North Railroad’s branch line from Bridgeport to Waterbury, Conn., is being upgraded, and plans call for more trains to run on weekdays, starting next June.

The line runs about 27 miles from Devon, a junction east of Stratford, to downtown Waterbury. The current schedule calls for one train set to shuttle back and forth between Bridgeport and Waterbury, with some deadhead moves at the beginning and end of the service day, but no meets on the branch itself. The Connecticut Department of Transportation (ConnDOT) owns the line, and Metro-North operates it, along with the line from Grand Central Terminal in Manhattan to New Haven, and branches from Stamford to New Canaan and from Norwalk to Danbury (see map below).

Metro-North is part of New York’s Metropolitan Transportation Authority (MTA), which recently announced the installation of signals, Positive Train Control (PTC) and passing sidings along the Waterbury Branch. Their completion, MTA said in a Nov. 22 press release, “represents a historic upgrade to a branch that was built in 1849, underscores the state of Connecticut’s commitment to maintaining and upgrading the branch, and eliminates the final segment of Metro-North Railroad that had been operating without an automatic signal system.” According to MTA, the line was exempt from the PTC requirement because it lacked a signal system. But signals had been installed; the job was completed on Nov. 20.

The MTA release did not provide further details, especially concerning PTC and why the line had been exempt from the Congressionally mandated and Federal Railroad Administration (FRA)-enforced requirement from 2015 that the system be installed by the end of 2020. What it did say was that Centralized Traffic Control (CTC) was also installed and activated on Nov. 7; 13,000 ties were replaced; and passing sidings were installed at Derby and Beacon Falls, with another just south of the Waterbury Station, and a fourth will be installed near Devon.

MTA Media Liaison Dave Steckel told Railway Age that because the Waterbury Branch did not have signals, it was exempt from the PTC requirement. Until the signals were installed recently, the line was dark territory, operating with a manual block system.

FRA spokesperson LaRaye Brown intimated that the agency can grant exemptions from the PTC requirement. In a response to Railway Age’s inquiry, she wrote: “Several railroads have qualified for and obtained FRA’s approval of ‘main line track exceptions’ for portions of their network, which is permitted by both the statute and FRA’s regulations. In short, this means that a railroad’s track segment or track segments meet certain criteria under 49 CFR 236.1019 to qualify for the track not to be designated as a main line for purposes of the PTC statute. Such main line track exceptions and FRA’s decision letters are available in railroads’ dockets on regulations.gov.”

According to FRA, on June 12, Chief Safety Officer Karl Alexy approved Metro-North’s request for an amendment to its PTC Implementation Plan (Docket No. FRA-2010-0032), based on “the temporal separation of passenger and freight operations” and operation at restricted speed on the portion of the line approaching Waterbury Station. The exemption was temporary, set to expire on December 31, 2021, so the job was completed with about 40 days to spare. Download the approval letter here:

Running times are not expected to change, as the speed limit on the line will be 60 mph. The current running time between Waterbury and Grand Central is about 2 hours and 45 minutes, including a change of trains at Bridgeport. The level of service is slated to increase, though. The MTA release said that plans call for 11 weekday trains in each direction. Steckel told Railway Age: “We are working with CT DOT on the final schedule; we’re planning to operate additional hourly frequencies on the shoulders of the peak periods, and additional frequencies in the off-peak. The weekend service pattern is not yet determined.”

The current weekday schedule calls for eight inbound and seven outbound trains, with two outbound buses supplementing service in the afternoon commuter-peak. There are six trains in each direction on weekends, running about three hours apart. For decades, the schedule called for four daily trains in each direction, seven days per week, running approximately four hours apart.

The project has taken more than five years to complete. On May 10, 2016, the Shelton Herald reported that the passing siding in Derby was under construction and that the state was committed to installing PTC on the line, noting: “the successful revitalization of Derby’s downtown depends on good regional transportation options.”

The original Naugatuck Railroad opened for service in 1849. It was later owned by the New Haven Railroad, Penn Central and Conrail, before becoming part of Metro-North with its founding in 1983. At one time, the railroad extended north to Winsted, but the tracks were later cut back to Torrington. There were also passenger trains between Waterbury and Hartford at one time, but a Connecticut Transit bus now runs on that route. A short line railroad has revived the line’s original name and runs freight service and tourist excursions, which cannot be reached by train or local bus.

A press release from Connecticut Gov. Ned Lamont said that he and Transportation Commissioner Joseph Giuletti visited the Naugatuck Station on Nov. 8 to highlight the improvements on the Waterbury Branch and promote the new Infrastructure Investment and Jobs Act that Congress had just passed. According to the release, the bill is slated to bring $1.3 billion in federal funds for transit (bus and rail) in the state.

While we don’t yet know exactly when the trains will run under the new schedule slated to begin in June 2022, we will be able to witness an event that has not happened in decades: two trains meeting on the Waterbury Branch.