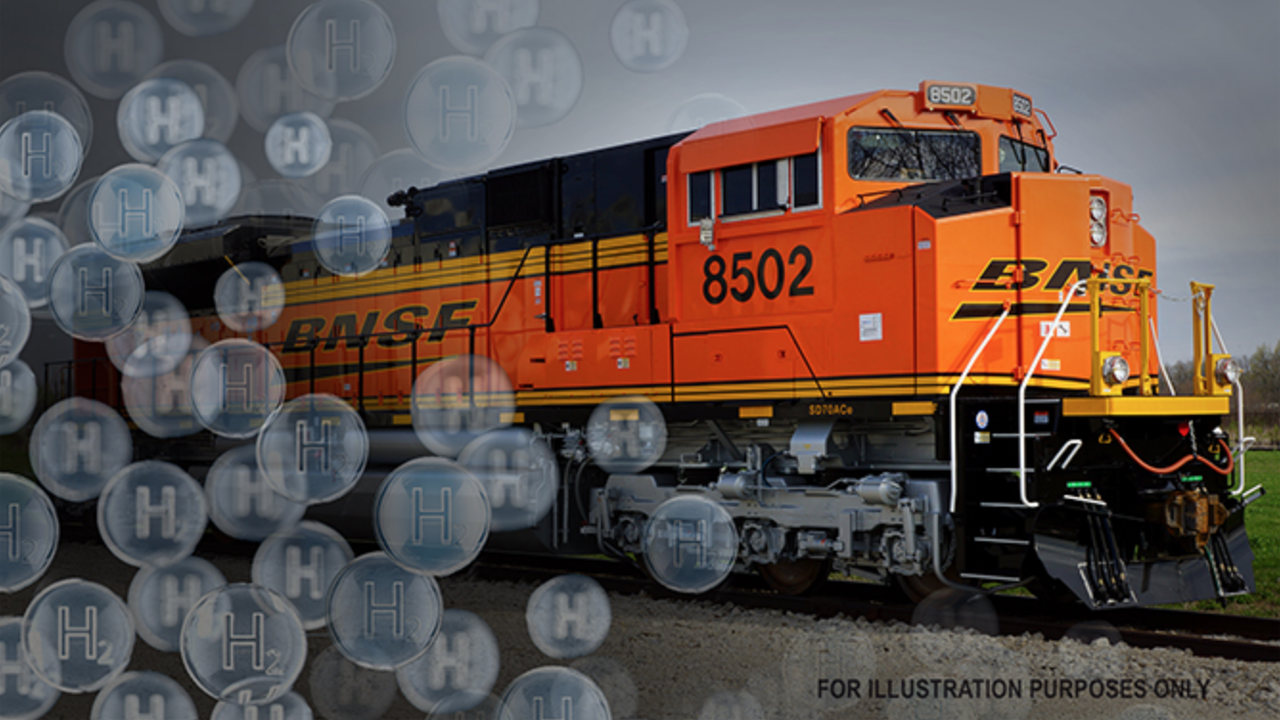 BNSF, which has tested LNG-fueled and battery-electric locomotives, will now run a hydrogen fuel cell-powered unit on its lines.

BNSF, Caterpillar, Inc. and Chevron U.S.A., Inc. have teamed on a locomotive pilot to “confirm the feasibility and performance of hydrogen fuel for use as a viable alternative to traditional fuels for line-haul rail.”

The companies, which made the announcement on Dec. 14, have signed a memorandum of understanding (MOU) for the project.

Progress Rail, a Caterpillar company, will design and build a prototype hydrogen fuel cell-powered locomotive for line-haul and/or other rail service; Chevron will develop the fueling concept and infrastructure; and BNSF will make available its lines for prototype testing.

“The proposed demonstration project is subject to the negotiation of definitive agreements with customary closing conditions, including regulatory approval,” the companies said. “If established, additional details about the hydrogen locomotive demonstration, including where the initial pilot will take place and its timing, will be released at a later date.”

The partnership follows Caterpillar and Chevron’s Sept. 9 report that they would jointly develop hydrogen demonstration projects in both transportation and stationary power applications.

“BNSF is pleased to collaborate with Chevron and Progress Rail in piloting locomotives powered by hydrogen fuel cells,” BNSF Vice President of Environmental John Lovenburg said. “This technology could one day be a lower-carbon solution for line-haul service, as it has the potential to reduce carbon emissions and remain cost competitive.”

“Working with Chevron and BNSF will allow us to advance hydrogen technology across the industry,” Caterpillar Group President of Energy and Transportation Joe Creed said.

“Our work with Progress Rail and BNSF is an important step toward advancing new use cases for hydrogen in heavy-duty transport, as we seek to create a commercially viable hydrogen economy,” Chevron New Energies President Jeff Gustavson said.