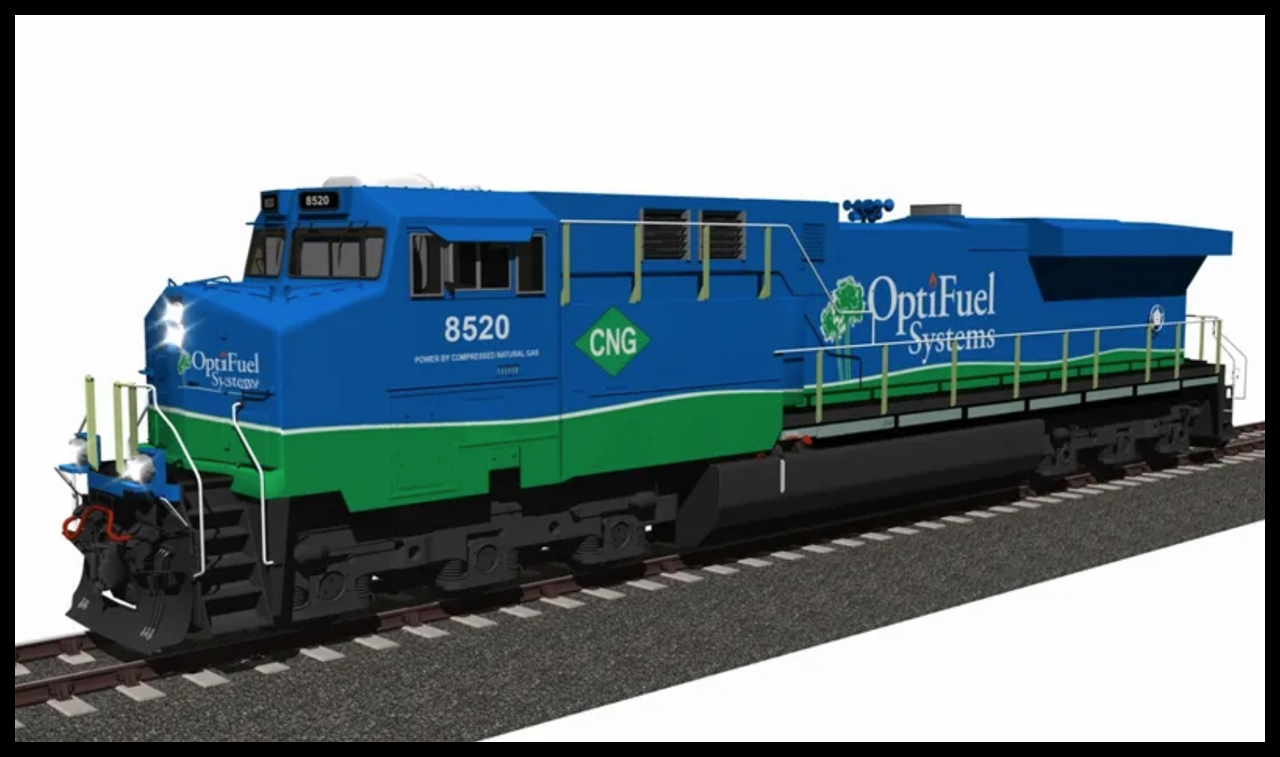 OptiFuel’s new switcher line uses a proprietary, EPA rail-certified engine (KOFSG11.9400), which is based on the Cummins ISX12N and is said to have 0.00 g-bhp/hr NOx and PM criteria emissions.

OptiFuel’s new line uses a proprietary, EPA rail-certified engine (KOFSG11.9400), which is based on the Cummins ISX12N and is said to have 0.00 g-bhp/hr NOx and PM criteria emissions.

The locomotives are powered by 100% RNG (renewable natural gas)/Biomethane. With OptiFuel’s multi-engine configuration and instant stop and start capability, users “can expect to reduce fuel consumption by 20% to 40%, compared to a standard single-engine locomotive configuration,” according to the company.

OptiFuel is able to provide new or refurbish most standard switcher and road switcher families—SW, MP, GP, SD, U, B, C—and lengths from 44 feet to 68 feet with modular components. Multiple modular KOFSG11.9400 engine pods can also be incorporated to provide for 1,200 hp, 1,600 hp, 2,000 hp or 2,400 hp. Each engine pod replacement takes up to three hours, OptiFuel said.

Either TMV or Medha can be used for modular electronic controls, which contain the locomotive controls and high-power traction system electronics.

“We believe there is a need for locomotives that deliver value and cleaner, more economical solutions simultaneously to railroads, railroad customers, and urban and Environmental Justice communities,” OptiFuel President Scott Myers said. “We think that in the next two years there will be a 50-state Low Carbon Fuel Standard (LCFS) program that includes rail and an extension of the existing federal Alternative Fuel Credit program to include rail. These programs, just as in trucking and aviation, will provide RNG to the railroads at a near-zero cost and providing them the financial incentive to decarbonize their fleets over the next 15 years.” 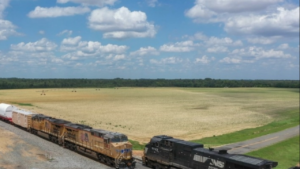 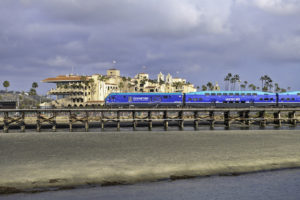