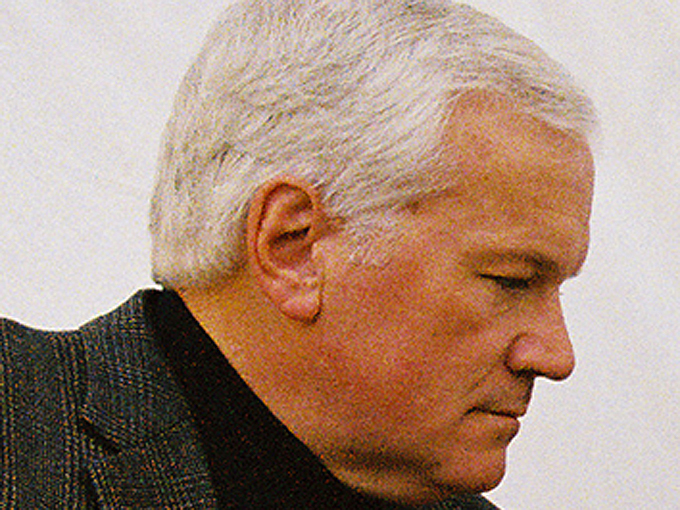 The battle between labor and the management over mandatory two-person crews is far from over and will heat up if a new Democratic-controlled Congress takes charge in 2019. Hoping for big Democratic wins in the U.S. House and Senate later this year, railroad labor quietly continues to set the stage to push for mandatory two-person train crew legislation.

Almost obliterated by the blazing headlines about the Amtrak-CSX collision was the Jan. 30 introduction by U.S. Sen. Heidi Heitkamp (D-N.Dak.) of the Safe Freight Act, which would require an engineer and conductor on every “freight train or light engine used in connection with the movement of freight.” Heitkamp’s Senate bill joins an identically titled and worded U.S. House bill introduced by Rep. Don Young (R-Alaska) in January 2017.

Any time you see carbon-copy companion bills like these, there’s usually some serious political maneuvering under way. The political story here is that both bills were crafted by lobbyists from the Transportation Division of the International Association of Sheet Metal, Air, Rail and Transportation (SMART) Workers and Brotherhood of Locomotive Engineers and Trainmen (BLET).

Here’s a look under the hood of the two Safe Freight Acts, FRA’s existing train crew staffing proposals, and some of the background politics.

Even though Amtrak’s incidents have made headlines lately, passenger operations are not addressed in either Safe Freight Act. And not defined is the phrase “in connection with the movement of freight.”

Heitkamp and the Casselton Derailment

Heitkamp’s Safe Freight Act was “… crafted to respond to freight rail incidents we’ve seen in North Dakota after consultations with public safety stakeholders.” A spokesperson cited a collision between two BNSF freight trains at Casselton, N.Dak., on Dec. 30, 2013 as the motivation for the legislation.

According to National Transportation Safety Board investigation of the Casselton event, a broken axle on a grain train scattered cars into the path of a second train moving in the opposite direction on an adjacent track. The second train, carrying crude oil, was unable to stop in time before colliding with the derailed cars of the grain train.

Fortunately, there were no fatalities or serious injuries resulting from the accident. Unfortunately, nearly 1,500 people were evacuated from nearby homes. The story and video images made network newscasts, giving plenty of ammunition to the environmental lobby.

While Heitkamp provided a plausible explanation for her interest in the Senate’s Safe Freight Act, a spokesperson for Rep. Young did not respond to questions about why the congressman filed H.R.233. Similarly, there was no response to a question about whether the measure was brought before the Young by a group of concerned local railroad employees or if the language came straight from a union.

Don’t forget that FRA has a horse in this race. On May 3, 2016, FRA published a Notice of Proposed Rulemaking (NPRM) creating within 49 CFR Part 218 a new Subpart G that specifies train crew staffing guidelines. FRA’s NPRM also contains the broad requirement that freight and passenger trains need to have an engineer and conductor.

However, FRA’s proposal includes number of exceptions, including helper, work train, and mine load-out operations, and an exemption for small railroads. FRA also proposes two options to allow railroads to submit and receive agency approvals to continue existing one-person operations.

The two Safe Freight Acts have drawn predictable boosters and opponents. “The BLET continues to oppose single-person freight operations as adverse to worker and public safety,” BLET President Dennis Pierce said in a news release supporting Heitkamp’s bill. Pierce made a strong point when he noted the grain train crew’s actions at Casselton.

On the other side, the American Short Line and Regional Railroad Association (ASLRRA) wasted no time in stating its opposition to Young’s Safe Freight Act. In a statement issued Feb. 9, ASLRRA noted it has “around 85 members that run single-person crews and have done so safely for years.” ASLRRA previously offered robust opposition to H.R.233.

The Association of American Railroads (AAR), which has long opposed sweeping two-person crew mandates, cites new technologies, among them Positive Train Control, as a major reason for opposing the two Safe Freight Acts. When contacted about Heitkamp’s S.2360, an AAR spokesperson reiterated the organization’s belief that individual railroad collective bargaining sessions are the arena in which to decide train crew staffing issues.

Election year votes and campaign contributions help explain congressional support for both Safe Freight Acts. Heitkamp, a Democrat in a mostly Republican state, is facing a tough 2018 reelection. Energizing her Democrat base is essential. And S.2360 helps Heitkamp attract votes from citizens still upset about the Casselton calamity. So far, there are only nine cosponsors, all Democrats.

Young’s political situation is more complex. His bill has attracted 83 cosponsors, three-fourths of them Democrats. But while Young is the dean of the U.S. House, seniority these days is not a re-election guarantee. In 2016, the 45-year congressional veteran retained his seat by 0.3%, fewer than 2,000 votes. He just squeaked in.

Currently, both Safe Freight Acts are stuck in committee. Given the AAR’s and ASLRRA’s geographically diverse memberships, it’s a safe bet the two bills currently have a “full service brake application” and will move no further than gathering a few more pro-labor cosponsors.

Additionally, ASLRRA has significant political momentum on Capitol Hill as a result of its successful 45G tax credit advocacy. Maintaining employment in value-added rural industries that usually offer high wages and health benefits has great appeal to a wide spectrum of Democratic and Republican officeholders. Ergo, ASLRRA is in an ideal position to effectively oppose both Safe Freight Acts.

However, if a “blue wave” washes across Capitol Hill in November, you can bet a pair of Safe Freight Acts will be reintroduced in the 116th Congress. With Democrats potentially in charge of House and Senate legislative agendas, SMART-UTU and BLET will ensure mandatory two-person crew legislation will be at the front and center of their legislative agendas. Their prospects improve significantly.

The long-time leaderless FRA had been sitting on the sidelines of train staffing and other major policy debates for a year now. Keeping Ron Batory from taking command at FRA was like keeping a Marine colonel away from his tank battalion, But with the Feb. 13 confirmation of Batory as new FRA Administrator, the future of 49 CFR Part 218 Subpart G may be difficult to assess.

If there was a bright side to Heath Hall’s ousting from the FRA prior to Batory’s confirmation, it was that it threatened to turn Senate Minority Leader Chuck Schumer’s (D-N.Y.) hostage-hold on Batory’s confirmation into a huge political liability. It’s a critical time in the railroad industry, what with Amtrak’s safety issues, the uncertainties of PTC rollout, and all sorts of regulatory actions sitting on a dark siding.

ABOVE: In 1967, train crew size was not much of an issue. Without radios and today’s other common technologies, there was always plenty of work for four- and five-man Tennessee Central Railway crews during their 16-hour duty tours. On an overcast and muggy July morning near Watertown, Tenn., the fireman of eastbound train 84 delivers Form 19 orders to the rear-end brakeman and conductor on the caboose of the westbound Carthage Branch local. The TC and its fleet of ALCO locomotives were living on borrowed time; bankruptcy and line sales were only a few months away.