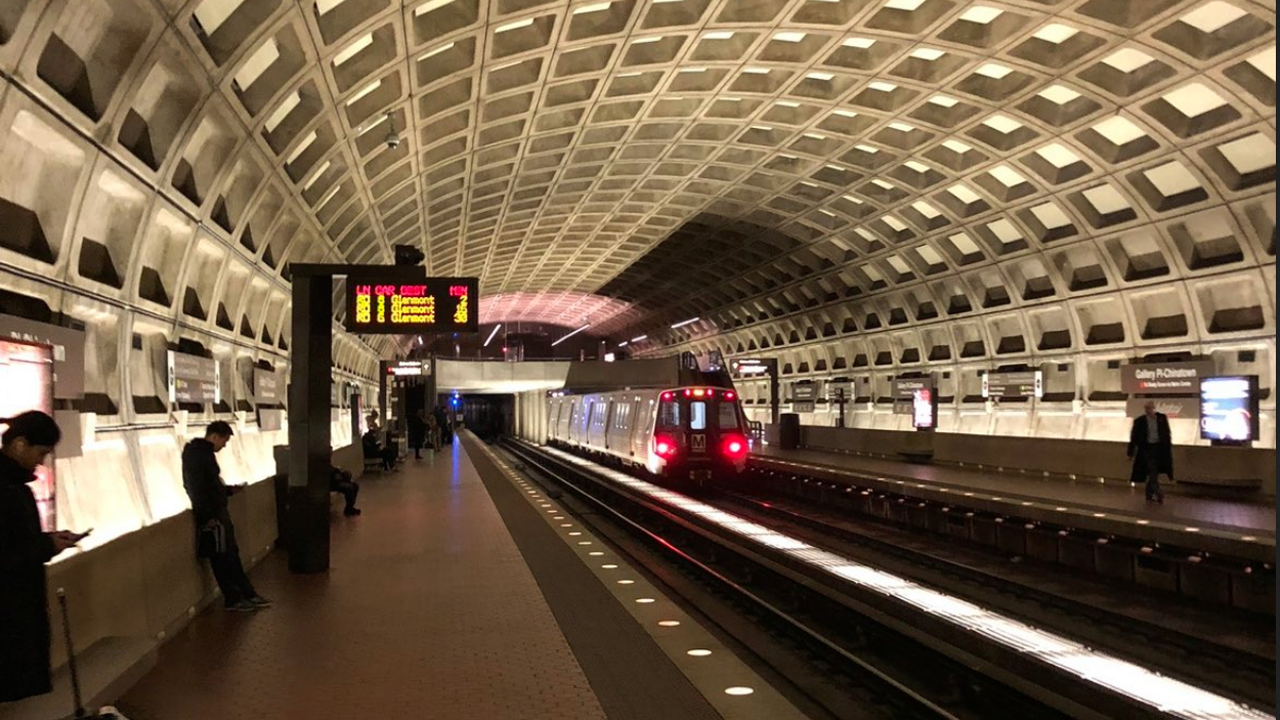 “Lapse in Metrorail [WMATA] operator recertification results in changes to certain trains effective Monday [May 16]. Green and Yellow line rail service moves to every 20 minutes beginning Monday,” WMATA reported via Twitter on May 15. (Photograph Courtesy of WMATA, Via Twitter)

Nearly half of Washington Metropolitan Area Transit Authority’s (WMATA) 500 rail operators have lapsed recertification, WMATA reported May 15, prompting the agency to remove from service 72, who became out of compliance more than a year ago.

“This will result in a temporary reduction in Green and Yellow line service from every 15 minutes to every 20 minutes due to an operator shortage,” WMATA said. “In addition, extra trains to relieve crowding, support special events, or replace out-of-service trains may not be available. Service impacts are expected to continue until the end of May.”

The move to pull operators from service follows the Washington Metrorail Safety Commission’s (WMSC) identification of recertification lapses as part of a rail operations audit. That audit—conducted in 2021 and released April 12, 2022—drove WMATA Executive Vice President and Chief Safety Officer Theresa M. Impastato “to further investigate the issue,” WMATA said. The process to recertify more than 250 rail operators will take an estimated two to three months, according to the transit agency. It includes classroom instruction and supervised testing in the rail yards as well as on the main line.

“The WMSC supports Metrorail’s [WMATA’s] actions today that provide for the safety of Metrorail [WMATA] riders and workers,” WMSC said via Twitter on May 15. “Last month, the WMSC’s Audit of Rail Operations identified that Metrorail [WMATA] is not meeting its operational refresher training and recertification requirements (Finding 6).”

Finding 6 (download as part of the WMSC audit below) explained: “Metrorail has granted three waivers (with some gaps) to certification requirements for train operators, interlocking operators and rail supervisors since March 2020. These waivers, covering March through October 2020, November 2020 through April 16, 2021, and June 2021 through December 2021, state that their purpose is ‘to assist WMATA personnel during the COVID-19 virus response and to allow social-distancing strategies/policies to be developed by WMATA that allows safe continuation of front-line employee working conditions, to include, the biennial certification of qualification process. This waiver also considers the mandate that all Class 1 vehicle (railcars designed to carry customers) operators be certified on the 7000 series Kawasaki railcars.’

“The certification waivers included a number of employees who did not have prior documented certification completions, with some showing as enrolled but not completed and others showing as incomplete. It is not documented that all personnel who are behind on their certifications are behind due to the public health emergency. Records reviewed for this audit also show a number of individuals whose last refresher training was due prior to March 2020 but who have not completed that refresher.

“Other employees listed on the most recent waiver document did not appear to fall under the waiver, as they had already completed certifications in 2021 when the waiver was issued.

“At the time of this audit in 2021, Metrorail [WMATA] had not reviewed SOP 406-01, Tracking RTRA [Department of Rail Transportation] Recertifications, since 2016, despite a review date due in 2017 and RTRA OAP 101-12 requiring controlled documentation containing procedural information to be reviewed on at least an annual basis. Out of date documents can contribute to management challenges.”

According to the audit, WMATA’s “Agency Safety Plan specifies that each train operator is to be given a refresher course on the rules and procedures annually, and all train operators are re-certified every two years with written and practical testing by RTRA. Metrorail [WMATA] has not conducted this type of refresher course, and those interviewed during this audit stated that this is aspirational to have certification in one year and refresher training the following year.

“At the time of this audit, individuals were completing refresher requirements quickly followed by certifications in an effort to catch up.

“The WMSC understands the challenges brought on by the public health emergency, and that there are significant ongoing efforts to bring certifications up to date; however, Metrorail [WMATA] personnel could not specify any current plans to ensure that all operations personnel will be caught up on certifications. Even prior to the public health emergency, the Federal Transit Administration and Tri-State Oversight Committee identified similar gaps in recertification and refresher training.”

As a minimum corrective action, the WMSC audit reported that the transit agency “must develop and implement a plan to meet all of its training and certification requirements,” as well as a “procedure to ensure only certified and trained personnel are working, and to ensure that any personnel not meeting training and certification requirements are not acting in roles they are not fully trained and certified on.” The agency also “must ensure that all documents, such as SOP 406-01, are reviewed and updated in a timely fashion as required” by its procedures. According to the audit, WMATA is required to propose a corrective action plan for each finding—including Finding 6—and to respond to each recommendation no later than 30 days after the report’s issuance.

WMATA spokesperson Sherri Ly told the Washington Post that the agency’s “operations management team does track certifications but issued pandemic-related waivers in 2020 because of the inability to provide adequate social distancing for training classes and because trainees had travel concerns.

“The issuance of waivers over coronavirus concerns should have ended in 2020, Ly said, and ‘there were no checks and balances in place to ensure waivers did not extend beyond a reasonable time frame, typically 30 days.’

Ly told The Post that top WMATA “leaders did not know waivers were being granted or extended and ordered operators with the most out-of-date credentials into retraining while they changed how waivers are granted.

“Ly said needing recertification does not mean an operator is not certified.”

“The WMATA Board of Directors received a safety briefing on Thursday [May 12, 2022] that included learning that nearly half of all rail operators had lagging recertifications,” WMATA Board Chair Paul C. Smedberg said. “The Board finds this unacceptable and extremely disappointing. We support Metro [WMATA] management’s decision to immediately remove from service operators who became out of compliance more than a year ago as a first step. The Board directed Metro [WMATA] management to provide a full accounting of how and why this occurred and develop a plan to ensure it is remedied as fast as possible.

“The Board is deeply concerned about the impact this operator shortage may have on our customers and the region. However, the Board made it clear safety is the top priority and while Metro [WMATA] has made strides in recent years, this issue demonstrates that more work must be done to ensure an organizational-wide safety culture.”

WMATA’s safety department is also reviewing the refresher training of more than 2,500 bus operators, which follows a different process than rail, according to WMATA.