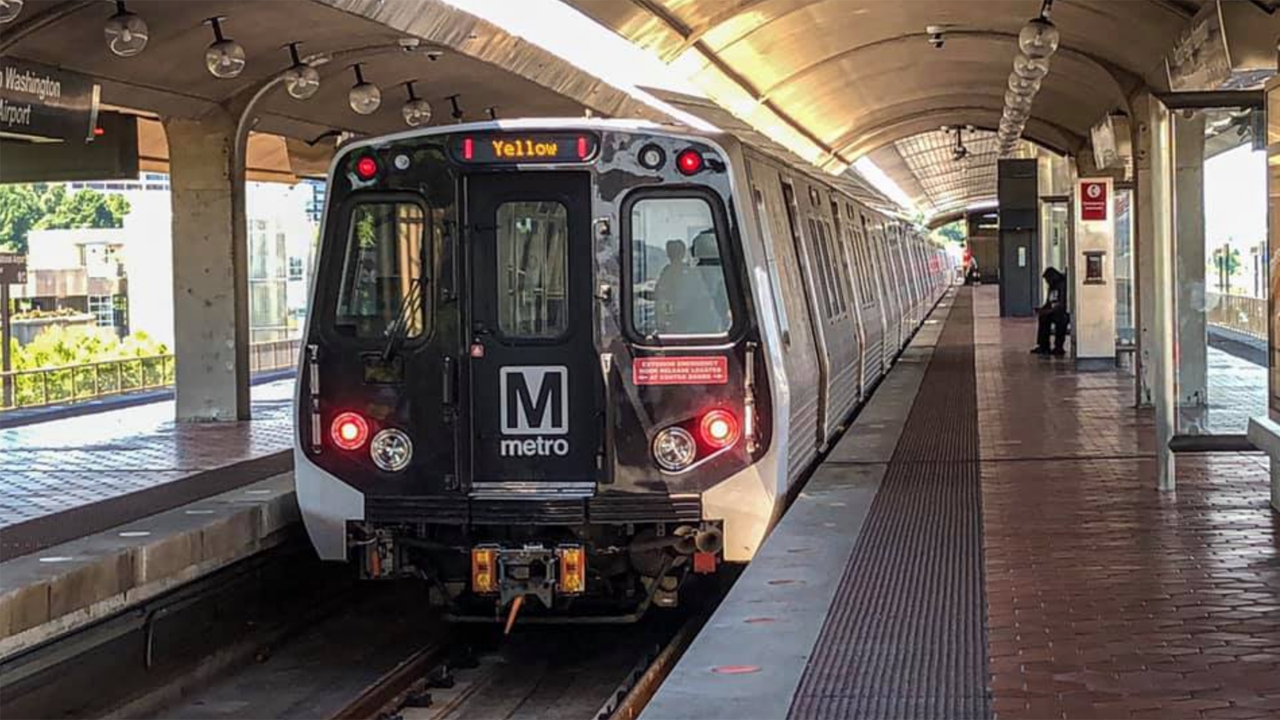 The Washington Area Metropolitan Transit Authority’s (WMATA) 7000-series rapid transit cars will be out of service for another 90 days, the agency reported on Jan. 13; it said it is acquiring technology to measure the cars’ wheelsets, which have been under inspection since an Oct. 12, 2021 Blue Line train derailment.

“We are going to redirect our efforts towards identifying and tackling the root cause of the derailment and take steps to better support more continuous wheel measurements by installing trackbed technology,” General Manager and CEO Paul J. Wiedefeld said.

WMATA on Oct. 18, 2021 sidelined all of its 7000-series cars—built by Kawasaki Rail and comprising about 60% of the agency’s railcar fleet—after one wheelset on car 7200 derailed (see map below).

On Dec. 14, WMATA began a “metered release” plan—approved by the Washington Metrorail Safety Commission—in which no more than 336 of the 748 7000-series cars would gradually return to passenger service. The cars were to be inspected every seven days. On Dec. 23, the transit agency paused bringing more cars on line, saying inspections would be daily.

But on Dec. 29, the Commission ordered the cars to be pulled, saying “WMATA returned to service certain 7000 series railcars that do not meet the inspection criteria.”

“Commission spokesman Max Smith said that in at least two cases, there had been minuscule movements in the cars’ wheels that should have led to them being pulled from service, but that Metro [WMATA] failed to take action,” The Washington Post reported at the time. “In all, five 7000-series cars out of 40 that were being used for passenger service had, in some way, not met the terms of the safety plan, he said.”

The Post also reported that WMATA “spokesman Ian Jannetta said the cars had been pulled from service so the agency could revise its inspection criteria.”

The National Transportation Safety Board’s (NTSB) investigation of the October derailment is ongoing; it reported on Dec. 1 that work will “focus on failure analysis of the wheelsets, evaluation of the response from rail traffic controllers, internal and external oversight of the WMATA system, and identification of similar wheelset issues on passenger railcars.”