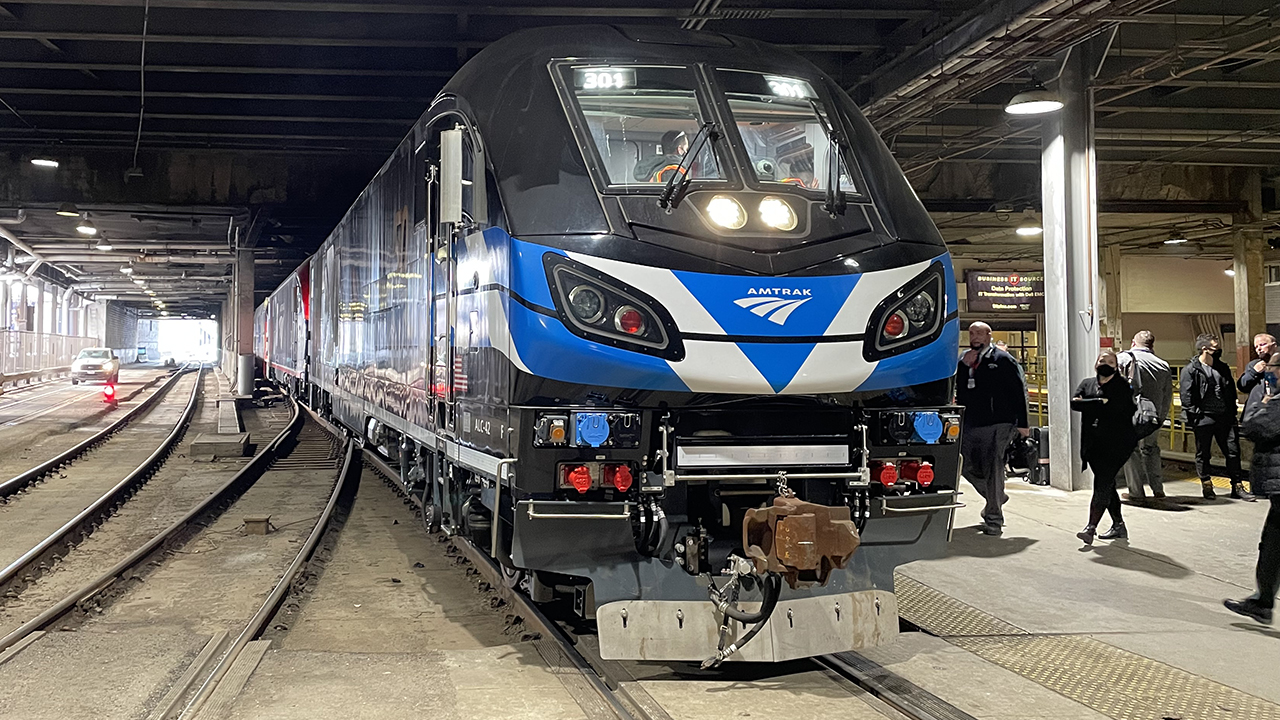 The Empire Builder, Amtrak’s iconic long-distance train, traces its roots to the Great Northern Railway, which inaugurated service on June 10, 1929. The 21st century version of the train now operates with state-of-the-art diesel-electric power: Amtrak’s 4,200-hp ALC-42, built by Siemens Mobility in Sacramento and powered with a Cummins QSK95 Tier 4-compliant prime-mover built in in Seymour, Ind.

The ALC-42 entered revenue service on Feb. 8, hauling the Empire Builder westbound from Chicago to Seattle from Union Station with locomotives 301 and 302 on the point. These units, in attractive Amtrak heritage liveries, are among the first of 75 being delivered through 2024.

The Buy America-compliant ALC-42 “is an important part of Amtrak’s sustainability initiative and are considerably more environmentally friendly than their 1990s predecessors,” Amtrak noted. “They reduce NOx (nitrogen oxides) emissions by more than 89% and PM (particulate matter) by 95%, while consuming less fuel than the locomotives being retired.” When geared for higher-speed operation on select corridors, the ALC-42 can attain a maximum operating speed of 125 mph.

Amtrak is paying for the new locomotives and supplemental multiyear maintenance support with about $850 million in funding set aside when the order was placed in 2019. The new locomotives will primarily replace Amtrak’s P40 and P42 locomotives, some of which have been in service for more than 25 years on some state-sponsored routes but primarily on the long-distance portion of the Amtrak National Network.

“We take our commitment to sustainability seriously at Amtrak,” said Amtrak Vice President and Chief Mechanical Officer George Hull in a brief ceremony at Chicago Union Station on Feb. 8. “We’re focused on being the solution to get people out of cars and planes and onto rail for greater emissions reductions. While railroading is a small portion of the emissions picture nationally, we want to take these steps to be the cleanest passenger railroad operating diesel trains in North America, commuter or interstate. We’re dedicated to continuously seeking new and innovative technologies that provide solutions to meet transportation needs while reducing health and climate impacts.”

“From the first ACS-64 in 2014 to the latest Charger, Amtrak is a leader in sustainable travel for Americans,” said Siemens Mobility North America President-Rolling Stock Michael Cahill at the event at Union Station. “Siemens Mobility is a proud partner in its efforts. We are looking forward to seeing these Chargers safely transport millions of Americans across the nation, whether it be seeking new adventures or connecting to economic opportunity.”

Bill Wilson, Railway Age’s Chicago-based Engineering Editor and Editor-in-Chief of Railway Track & Structures, contributed to this story, and produced a video of the event.