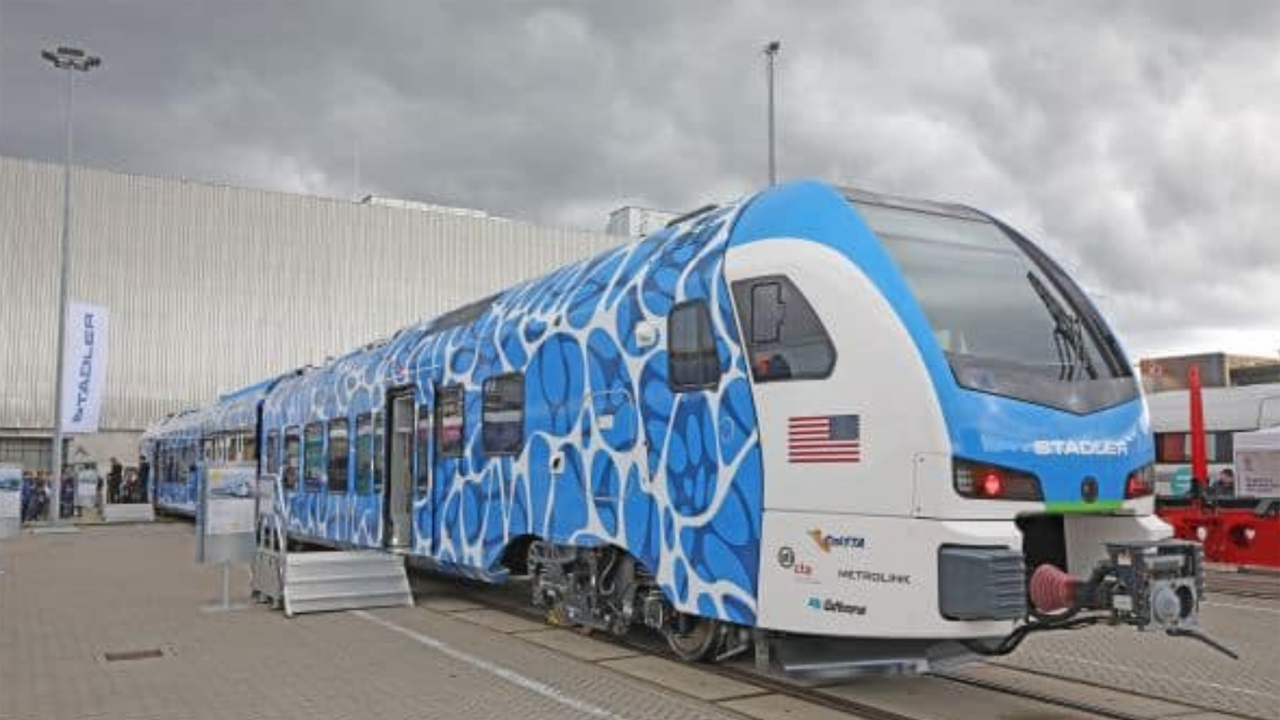 The new trains are based upon the initial two-car hydrogen train ordered by San Bernardino County Transportation Authority (SBCTA) from Stadler in 2019 which was built in Switzerland and presented at InnoTrans earlier on Sept. 20. This train is due to enter service in 2024 on the new nine-mile (14.4-kilometer) SBCTA San Bernardino Transit Center-University of Redlands line alongside the newly delivered Arrow low-emission Stadler Flirt DMUs.

The state of California is planning to make all its passenger rail 100% emissions free by 2035 and the order for the new trains are a key part of these plans. The first four new Zero Emission Multiple Units (ZEMUs), as Caltrans describes them, will be used in the Californian Central Valley on the route between Merced and Sacramento from 2027.

The four trains are longer inter-city versions of the original Stadler ZEMU. They will be built at Stadler’s factory in Salt Lake City, Utah. The hydrogen fuel cells will be supplied by Ballard. Stadler and Calstra say the new trains are designed with a 497-mile (800-kilometer) operating range in between re-fueling.

“Stadler’s goal is to help make travel in North America environmentally friendly through the vehicles and services we provide,” Stadler US CEO Martin Ritter said. “Only very few rail lines in the U.S. are electrified, which is why solutions like the Flirt H2 are so important here.”