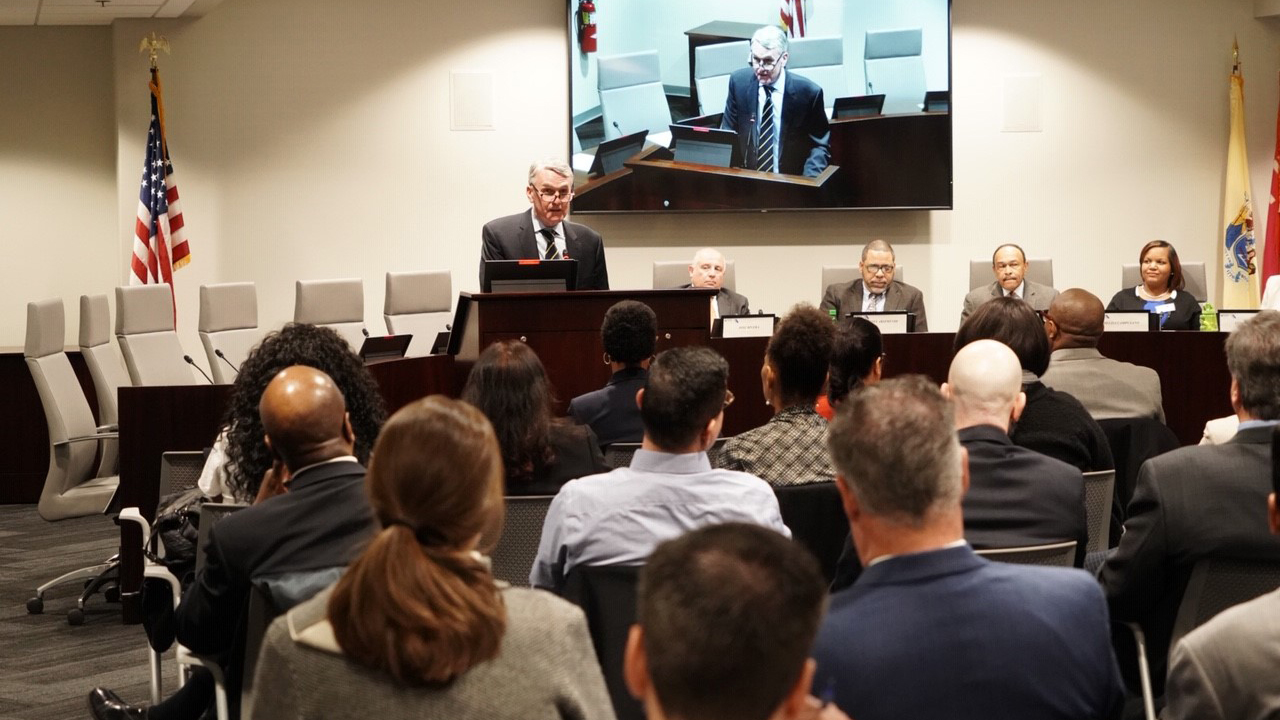 For New Jersey Transit, the days of subsisting on a starvation capital diet imposed by former Gov. Chris Christie appear over. On March 26, the agency hosted an open house for prime contractors, small businesses and DBEs (Disadvantaged Business Enterprises), the first such event in 10 years. On the table: More than $800 million in contracting opportunities for capital projects that will be available in the upcoming year.

Roughly 150 people attended the event, which showcased upcoming capital construction projects, and opportunities to connect and do business with the agency. Attendees heard from NJT Executive Director Kevin Corbett and New Jersey State Diversity Officer Hester Agudosi, “who underscored the State’s commitment to rebuilding infrastructure and investing in state-of-good-repair projects, and the commitment to diversify and build capacity in the contracting pool,” NJT said. “This is NJT’s first contracting outreach event since the Access to the Region’s Core (ARC) tunnel project was cancelled. Due to an overwhelming response to this event, a second engagement event is already being discussed for Fall 2019.”

NJT discussed its state-of-good repair, rail infrastructure and resilience projects, such as the Long Slip Fill and Rail Enhancement Project, worth more than $150 million; Delco Lead, estimated at more than $200 million; and Task Order Contract Opportunities. The agency also provided information on a recently upgraded Electronic Bidding Process “that creates efficiency for contractors and the agency.”

NJT said it “has made significant progress in executing contracting dollars in the [Gov. Phil] Murphy Administration. In 2018, the agency awarded more than $264 million in construction and professional service related contracts, compared to $47 million in 2017. “Speed to market” has increased from 340 days in 2017 for federal procurements to 180 days in 2018.   Additionally, recently passed legislation enables NJT to, among other things, “conduct cooperative purchasing and make purchases through federal supply schedules. This flexibility has resulted in transformative new draft regulations that will save time and cost and improve speed to market and overall procurement turnaround times.”

NJT noted that, in 2018, it awarded $165 million in Federal Transit Administration-funded contracts. Of that amount, $31 million, or 19%, was awarded to DBE firms.

“The more qualified firms we have to choose from makes for greater competition, which ultimately improves pricing as well as the overall quality of goods and services,” said  Kevin Corbett. “Contracting with DBEs is a priority for Governor Murphy and a personal priority for me, and I will make sure we maximize DBE participation on our contracts.”

NJT said it will post a video from the event for those who were unable to attend on its YouTube channel in the near future.