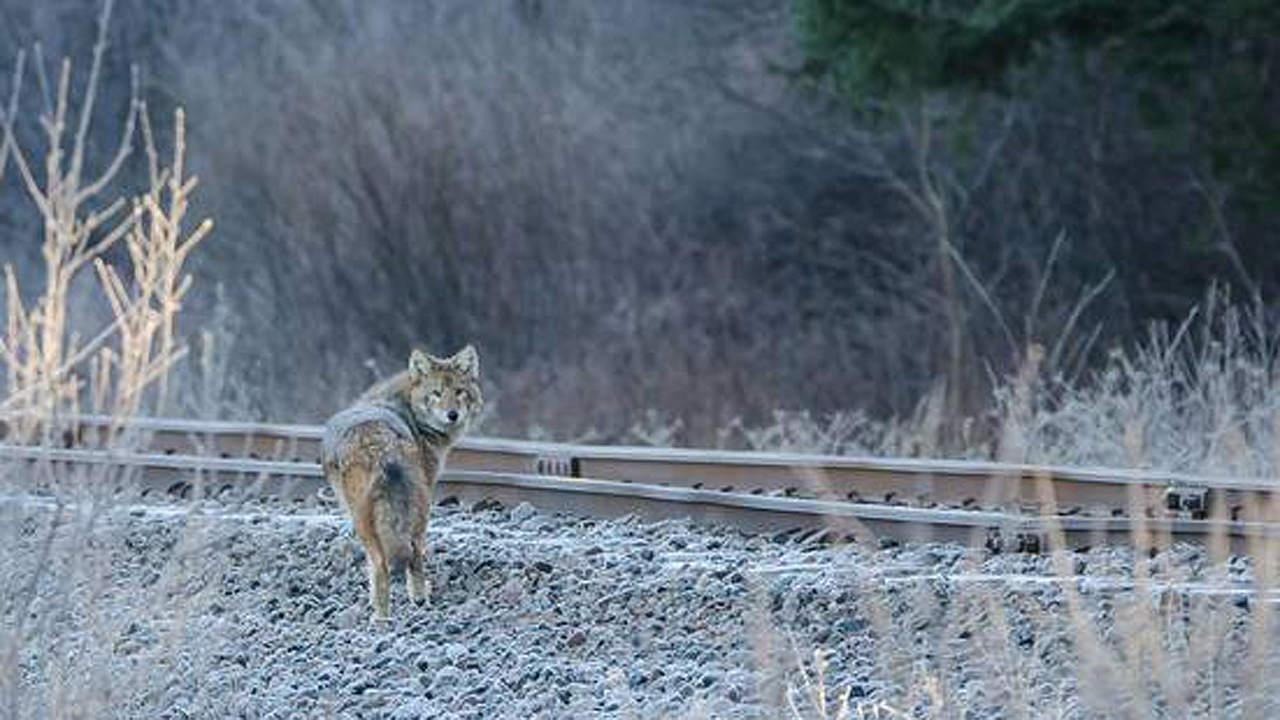 If I had a $100,000 for every time the rumor mill shouted out that Kansas City Southern was on the auction block, I’d be a multi-millionaire with a collection of exotic cars rivaling that of Jay Leno, and racing a Corvette C8.R in the IMSA Series, with my son Craig as crew chief. (I wouldn’t own a private railcar, because Amtrak wouldn’t want to haul it around the country, and if they did, they’d probably overcharge me. But that’s another story.)

First, the buzz that restarted the cranky old rumor mill engine (no doubt coal-fired, and you know where that’s headed):

“Kansas City Southern (KSU) breaks higher after Betaville reports on speculation about a potential acquisition bid from BNSF Railway, Union Pacific, or an infrastructure fund. The company hasn’t commented on the report. (No s__t, Sherlock, as we used to say in my Newark, N.J. hometown.) The takeover chatter (mockingbirds, perhaps?) about KSU arrives after Bank of America singled it out as a top transportation sector pick. (Trying telling us something we don’t already know.)

“Bank of America says Kansas City Southern is still one of its top picks in the transportation sector. ‘We believe KSU is among the best in terms of operating leverage potential among the Class I’s as the second derivative of volumes inflect, with runway (an airline term? Gimmee a break!) for further train consolidations in its Manifest segment, and a more refined Auto network,’ notes the firm. The longer-term potential for supply chain near-shoring in Mexico when USMCA goes into effect July 1 is also noted (correct!). BofA sees Kansas City Southern still generating +$600M in free cash flow this year. (Actually, it’s +600MM. An “M” means 1,000, which would translate into $600,000. So “MM” is 1,000 x 1,000, or one million. Roman numerals, man!) A Buy rating is kept in place on KSU, and the new price objective of $168 is above the average sell-side PT (price target) of $151.68.”

Potentially, but no doubt unintentionally, stoking the rumor mill was a very positive report from Cowen and Company, following a virtual pre-2Q2020 earnings visit with KCS top management, among them our 2020 Railroader of the Year, Pat Ottensmeyer:

“KSU leveraged a weak volume environment to create a lower cost basis, which should enable stronger margins in 2H2020. Opportunities exist for further cost cuts including fuel efficiency and lengthening trains. Intermodal only has HSD (high single digit) share in Mexico, and KSU can also grow its share vs. truck. We adjust our estimates, modestly raise our PT to $156 (sounds more realistic), and reiterate KSU as our top rail pick.

“KSU pre-announced certain 2Q20 items, including revenue of roughly $550MM (got those Roman numerals right. Way to go, Jason Seidl!), which was slightly below our $591.4MM. ($41.4MM is “slightly below”???) The revenue miss was unsurprising, given KSU’s carloads thus far in 2Q, which were below our estimate, as well as the negative impact of fuel on average revenue per carload. In addition, KSU expects roughly $4MM of incremental COVID-19 related costs and slightly higher casualty expense this quarter. However, KSU’s cost reductions in the quarter were much more significant than we had anticipated, offsetting some of the lower revenue.

“In recent weeks, KSU, along with the rest of the North American Class I railroads, has seen carloads begin to recover as states reopen from COVID-19 (and coronavirus cases start to rise). Nearly all the auto plants in Mexico reopening has breathed life into that business, with June auto volumes down 39%, compared to down ~93% for the first two months of the quarter. Intermodal, which in some cases contains auto parts, is also benefiting from the factory openings. Finally, even areas least affected by COVID-19, such as grain and other agricultural carload types, are seeing improvements. Even though it is an essential business where most employees cannot simply work from home, KSU fortunately only has 10 active COVID-19 cases out of 7,000 employees, 6 in the U.S. and 4 in Mexico. It hasn’t had any major labor issues with crews testing positive and hasn’t had any service interruptions. (That’s what good management, and caring about employees, does.)

“As the world recovers from COVID-19, KSU has numerous drivers for top-line growth. Its Intermodal franchise can benefit from gaining share in the market (with only HSD share currently) and from the overall market growing. In international Intermodal specifically, KSU has lots of capacity available at Lázaro Cárdenas. KSU has opportunity to grow in refined products, with customers moving into Mexico and in energy segments other than coal (a dying commodity) and frac sand. Finally, its Plastics franchise is currently seeing the impact of overcapacity in the Gulf and global economy, but still has longer-term growth potential.

“Management drew a contrast between the growth potential of KSU and the rest of the Class I’s. Mexico has factories that are growing and new factories being built, while growth at factories in the U.S. and Canada is occurring less, and there are factories that are closing. Like its counterparts in the U.S., KSU’s intermodal franchise competes with truck; in KSU’s case, the competition is also affected by currency, as KSU bills in dollars and truckers bill in pesos. With the Mexican peso well below the U.S. dollar, KSU’s competitiveness in the market is limited. Each quarter, KSU evaluates whether it would be worthwhile (on both a revenue and margin basis) to switch to pesos, and there is no question that the status quo is worthwhile. Conversely, KSU’s cross-border business with BNSF has held in 2020, even amid COVID-19.”

All of the above is representative of a good railroad, with good management focused on long-term, top-line growth and long-term shareholder value. This is what Mike Haverty (2001 Railroader of the Year) had in mind when he tamped down the naysayer volume more than 25 years ago and bought into Mexico’s then-privatizing railroad network. It continued under Dave Starling (2001 Railroader of the Year) and is accelerating under Pat Ottensmeyer, bolstered by USMCA, a trade pact he helped broker.

In case you’ve forgotten, take another look at Ottensmeyer’s viewpoint from his Railroader of the Year interview, when I remarked, “My experience with Kansas City Southern goes back to the mid-1990s. There are two things that come to mind: Never complacent. Fiercely independent.” His answer:

“I would agree with that. Maybe some of it is our size. We’ve got to be on our toes because we’re surrounded by companies that are much larger than we are. Complacency would be very troublesome for our company. Fiercely independent? I would say the nature of our fierce independence has changed over time. A big part of our strategy for the past several years—this is really important—is the way we can connect, our philosophical approach, our desire and willingness to work with the other carriers to get to markets and offer our customers and their customers service options that we wouldn’t have, just based on our own network.

“So that again is a very important part of our strategy, more so than most of the other large railroads. Because of our size, of where we’re located, the strategy of developing service options with our connecting carriers and our partners in the railroad industry is very important. I also think a really important part of our value proposition to our customers is that independence. If you’re an auto company building a new plant in central Mexico and you want service options to both railroads in the East, we’re happy to do it. If you want service options to both railroads in Canada, we’re happy to do it. I think we are more valuable to our customers because of our ability and our willingness to do that. If we were part of a bigger network, it might not be so easy.”

Expanding upon what Pat Ottensmeyer said, there are other reasons why Kansas City Southern isn’t up for grabs. There might be “private-equity infrastructure investment funds … poised to scoop up a Class I for its future cash-flow stream, as Brookfield Infrastructure Partners acquired small-railroad holding company Genesee & Wyoming for $6.5 billion,” Capitol Hill Contributing Editor Frank N. Wilner wrote in April, but bear in mind that KCS’s price tag would most likely be beyond the scope of a private-equity fund.

As far as another Class I attempting an acquisition, regulators probably won’t have the stomach or patience right now to deal with the ramifications of a huge acquisition.

Customers as well, particularly those suffering from severe indigestion induced by railroads whose attitude toward Precision Scheduled Railroading is “take it or leave it” (KCS is not one of them) will push back. “If propping up stock price becomes a takeover defense, shippers may wave before lawmakers and regulators the Oct. 8, 1882, unfortunate ‘public be damned’ response of railroad baron William Henry Vanderbilt when asked, ‘Are you working for the public or for your stockholders?’” Wilner noted.

The activist hedge funds (think Bill Ackman and Paul Hilal) are not going to emerge from their lairs with a hostile takeover in mind. These people go after companies they perceive as weak or underperforming in the “space” that interests them. They charge in, guns blazing, turn the company upside down, shake and squeeze it violently, slice off the pieces falling out the bottom, and toss a hand grenade into the pieces. The explosion catapults the stock price high into the air. They then cash out as quickly as they charged in.

These hedge funds often require a God-like figure to enlist in carrying out their mission. Their single motivation is enriching their personal coffers, under the guise of “delivering value to shareholders.” Kansas City Southern is well-run, anything but under-performing. Its 1Q2020 operating ratio—the one performance measure to which Wall Street pays the most attention—was 59.7%. And there is no God-like figure, no cult of personality, at present, to help the hedge funds.

The industry, like much of the world, is suffering from the COVID-19 pandemic. Railroads—Kansas City Southern included—are taking temporary cost-cutting measures to deal with depressed traffic levels, until things return to “normal,” whatever that might be. The furthest thing from management’s mind is consolidation, as well as dealing with regulators, potentially disgruntled customers, and rail labor, which is currently in the midst of national bargaining.

So, if there’s anyone out there salivating at the thought of acquiring Kansas City Southern, take a napkin and wipe the drool from your chin, because it ain’t happening. Not now.