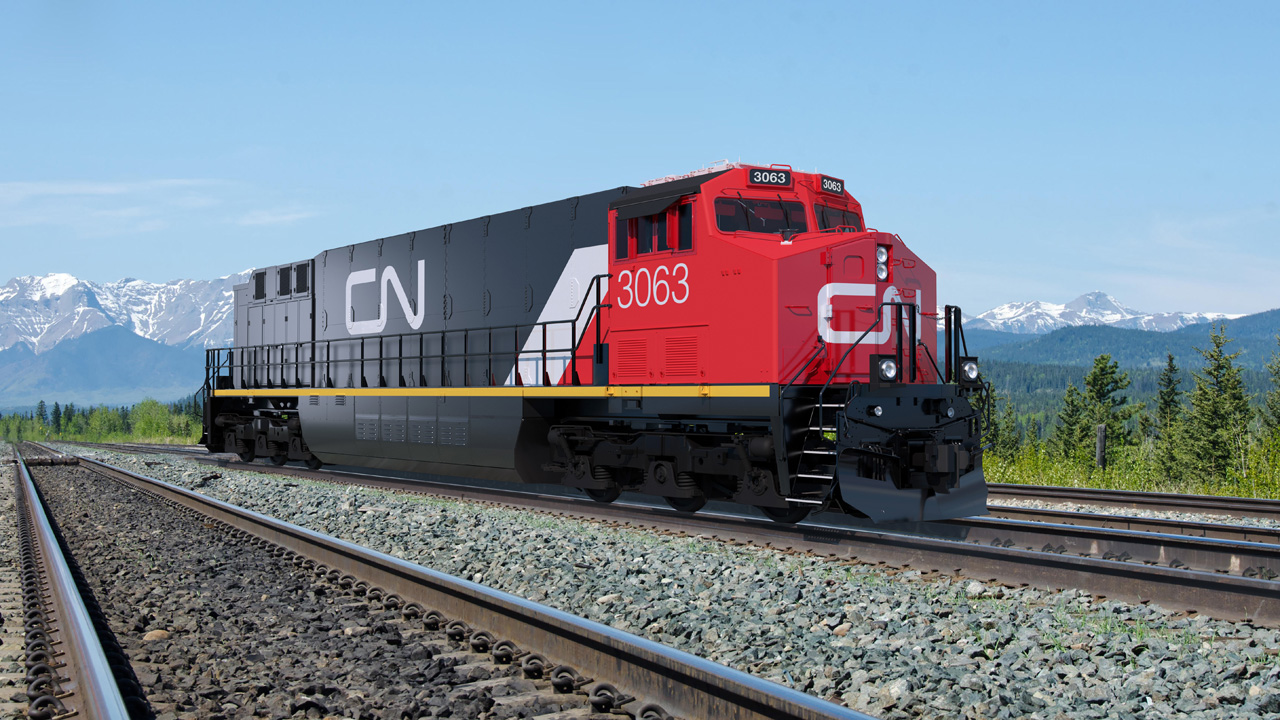 CN is buying a Wabtec FLXdrive battery-electric locomotive for use on the Bessemer & Lake Erie (B&LE) portion of its network in Pennsylvania.

The purchase of Wabtec’s FLXdrive, described as “the world’s first 100% battery, heavy-haul locomotive,” advances CN’s sustainability goals, the Class I railroad reported on Nov. 4. And it is being supported by the Pennsylvania Department of Environmental Protection, which has awarded $2.9 million to B&LE under the Marine and Rail Freight Movers Grant Program.

A CN spokesperson told Railway Age on Nov. 5 that “CN anticipates maximizing the utilization of the locomotive, starting with switching activities in a yard and then, potentially performing short-haul operations.”

“As part of our sustainability strategy to reduce freight transportation emissions through innovation, we plan to continue to lead the sector by deploying low and no carbon technologies,” CN President and CEO Jean-Jacques Ruest said. “At CN, we believe rail has a tremendous potential to reduce the environmental impact of transportation. As a mover of the economy, CN is committed to playing a key role in the transition to low-carbon economy.”

“The FLXdrive is a defining moment for the freight rail industry, and Wabtec is proud to partner with CN to accelerate the industry toward low- to zero-emission locomotives,” Wabtec President and Chief Executive Officer Rafael Santana said.

Wabtec showcased its first-generation FLXdrive, built in Erie, Pa., at a Sept. 10 event marking the signing of two MOUs (memorandum of understanding): One with Carnegie Mellon University to formalize their “joint aim to create technologies that will decarbonize freight rail transport, improve freight safety, and generate greater rail network utilization,” and the other with Genesee & Wyoming “to pursue zero-emission battery and hydrogen freight strategies, as well as increase rail utilization across North America.”

That first-gen locomotive, as one unit of a three-unit lashup with two Wabtec AC4400s, performed in revenue operations earlier this year, during a three-month, 13,000-mile pilot in California on BNSF between Barstow and Stockton. Operating at 2.4 MWh (megawatt hours), it reduced overall fuel consumption by more than 11% across the entire locomotive consist, saving more than 6,200 gallons of diesel fuel and eliminating approximately 69 tons of CO2 emissions, according to Wabtec. The FLXdrive manages overall train energy flow and distribution through its Trip Optimizer system.

In September, Wabtec told Railway Age Editor-in-Chief William C. Vantuono that the second-generation locomotive is in development, and it is slated to triple the first gen’s output to 7.2 MWh and to reduce fuel consumption by up to 30%. Its first customer: Australian iron ore mining company Roy Hill, which on Sept. 13 announced it would be taking delivery of a single unit.