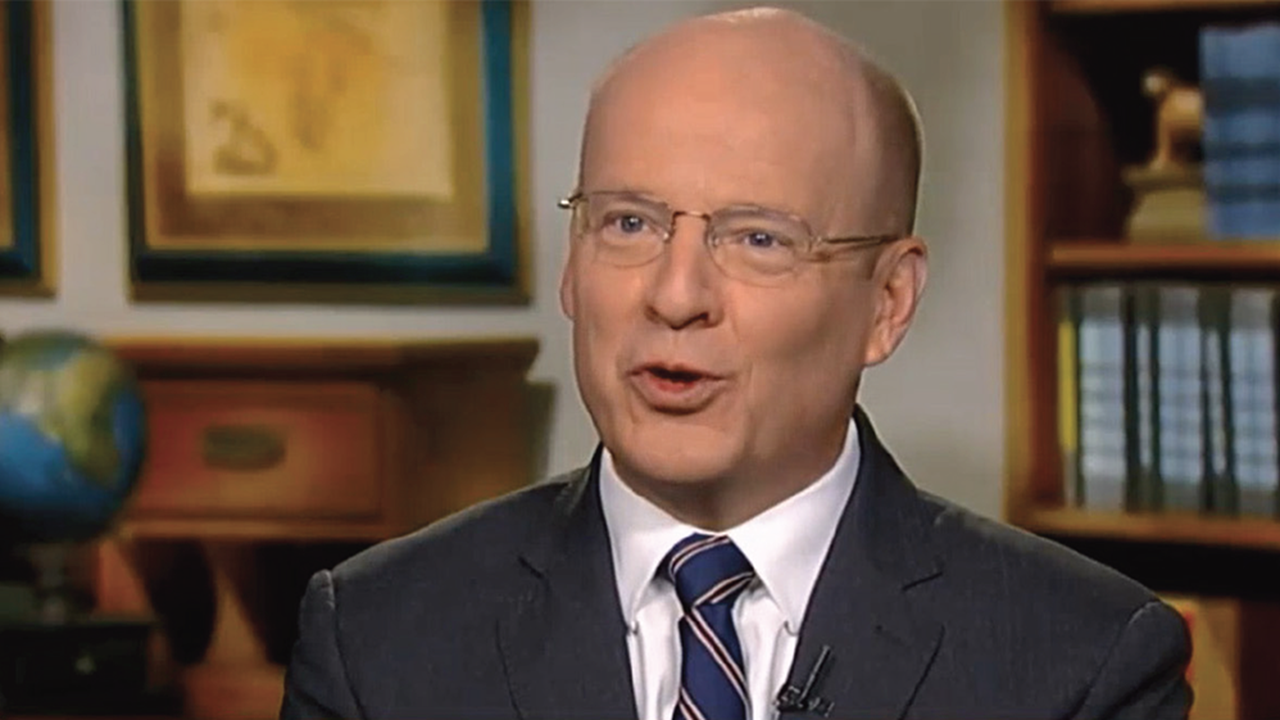 National Right to Work Legal Defense Foundation President Mark Mix alleges rail union officials “are so close” to the Biden Administration—the AFL-CIO terms it “the most pro-union Administration in history”—and so eager to join with Biden in political victory laps that union members “wanting their voices heard [such as by voting down tentative agreements] will wind up being at the mercy of union officers and politics.”

If tentative wages, benefits and work rules agreements reached between rail labor unions and most Class I railroads (and many smaller ones) fail to be ratified by union members in coming weeks, might leadership of those unions override a majority “no” vote and unilaterally impose the tentative agreement or, alternatively, submit it to binding arbitration rather than pursue further collective bargaining or authorize a strike?

It’s currently an unanswered question. One union official, while declining to answer specifically, said only that it would be “irresponsible” for Railway Age to report on the possibility and asked not to be identified. In fact, such speculative reporting has appeared elsewhere, and overrides of ratification votes have occurred.

In 1996, the leadership of the United Transportation Union—now the Transportation Division of the Sheet Metal, Air, Rail and Transportation Workers (SMART-TD)—overrode its members’ rejection of a tentative agreement on wages, benefits and work rules. Rather than return to the negotiating table or order a work stoppage, either of which was sought by members, the union’s leadership made a deal with carriers to send the member-rejected tentative contract to binding arbitration, where a carrier-friendly award was imposed.

In 2018, the leadership of the Teamsters Union, of which the Brotherhood of Locomotive Engineers and Trainmen (BLET) is an affiliate, overrode a vote of members rejecting a tentative wage pact with UPS. In its aftermath—the rejected contract being imposed on members by the Teamsters’ leadership—President James P. Hoffa retired and an officer who objected to the leadership override, Sean O’Brien, was elected over an opponent siding with Hoffa. Note that Teamsters agreements are negotiated under provisions of the National Labor Relations Act, not the Railway Labor Act (RLA), although neither speaks directly to the membership ratification process.

The Teamsters’ override of a membership vote turned on a loophole in the union’s constitution allowing such leadership action if fewer than half the eligible members cast ballots, as was the case. The Teamsters’ constitution has since been amended to prevent a future override as occurred, and now further requires that rank-and-file members be included on all contract negotiating committees at the local and national level. BLET bylaws are separate from those of the Teamsters.

What actually lurks in various rail labor union constitutions—especially those provisions’ interpretation by union officers—is unknown. The answer will become apparent over the next few weeks. So far, only the memberships of two of 12 rail labor unions—the Transportation Communications Union and Brotherhood Railway Carmen—have voted to accept the tentative agreement.

The membership of the rail division of the International Association of Machinists and Aerospace Workers voted to reject the tentative deal, with its leadership saying it would return to the bargaining table. The nine other rail labor unions, which reached tentative agreements with the carriers, are in the process of voting their memberships or holding town hall meetings to explain the provisions in advance of sending out ballots.

Fringe factions of rail labor have been predicting—even urging—“no” votes. Mainstream media, in reporting on those efforts and discontent among rail union members, has provided nattering nabobs of negativism credibility and a pulpit from which to preach against ratification. As the RLA has run its course, there now is no law keeping even a single rail labor union from striking, or carriers from locking out workers if union members decline to ratify tentative agreements.

Just a week ago, following a 20-hour negotiating session on the eve of RLA work-stoppage barriers expiring, several Biden Administration cabinet officers brought about tentative agreements with several hold-out unions. Last-minute negotiated sweeteners conceded by the carriers made the difference.

Moreover, a strike by even a small union could trigger a full-blown nationwide rail shutdown by causing members of all other unions—even those who have ratified tentative agreements—to honor picket lines. While rail labor contracts prohibit so-called “sympathy strikes,” a loophole allows unionized workers to honor picket lines of other unions if members personally feel threatened were they to cross them.

Notwithstanding the Biden Administration basking in the political sunlight of tentative agreements being reached, the threat of an economy-jolting nationwide rail shutdown remains—and will be pinned on Biden and Democrats if it occurs prior to mid-term elections in November. Hence, there’s chatter as to whether rail labor leaders, very much invested in Democratic success in mid-term elections, might override a membership rejection of the tentative agreement or, alternatively, seek binding arbitration so as to avoid a work stoppage damaging to Democratic candidates.

Efforts two weeks ago by Congress to craft immediate and economy saving back-to-work legislation—were a strike or lockout to have occurred if the holdout unions had failed to negotiate tentative pacts—were unsuccessful. If union members now reject ratification, and Congress remains unable to craft back-to-work legislation, the length of a national rail shutdown would be indeterminate.

The sides could agree not to engage in a strike or lockout until after November mid-term congressional elections, although Congress would remain as politically divided as it is today—and will so remain at least until a new Congress is seated in January. Moreover, during lame-duck sessions following mid-term elections and before a new Congress is seated, defeated and retiring lawmakers become less concerned with public image or political debts, and mavericks become more emboldened. This festering impending chaos all could have been avoided had the National Mediation Board (NMB) followed decades of precedent and held the parties in mediation until after the elections, but it didn’t.

The question of whether rail union leaderships have authority to override member ratification votes was first posed Sept. 20 by Fox Business News in quoting Mark Mix, president of both the National Right to Work Legal Defense Foundation and National Right to Work Committee. Mix and the Committee’s 2.8 million members oppose compulsory unionism. Rail labor agreements provide for union shops where failure to join a union representing that employee’s craft is cause for job termination.

Mix, who comes from a family of union members and boasts of being a railfan while growing up within walking distance of an Erie-Lackawanna Railroad main line in western New York State, told Railway Age that his organization’s understanding of labor law is that there is no legal bar to union leaders overriding votes of the membership as, for example, occurred with the UTU in 1996 and the Teamsters in 2018.

Mix alleges union officials “are so close” to the Biden Administration—the AFL-CIO terms it “the most pro-union Administration in history”—and so eager to join with Biden in political victory laps that union members “wanting their voices heard [such as by voting down tentative agreements] will wind up being at the mercy of union officers and politics.”

Railroad labor negotiators and rail union officers declined to comment on Mix’s Fox Business News published observation. One knowledgeable observer of rail labor-management relations, who asked not to be identified, told Railway Age, “Some unions may have the ability [as did the UTU in 1996] to agree to binding interest arbitration” should members reject the tentative agreement. Of the UTU’s 1996 response to the negative ratification vote by members, a then-participant in negotiations recalls, “When the agreement was rejected, the next thing we knew our union president and carriers agreed to go to binding arbitration. UTU asked in its submission to the arbitration panel for higher wage increases and improved work rules. The chairman of the arbitration panel, John Criswell, took a very dim view of the membership’s rejection of the tentative agreement. The arbitration panel imposed the tentative agreement that members had rejected.”

That union officer, asking not to be identified, said further, “The RLA is silent as to the ratification process, which is found in each union’s constitution. Some arbitrators have ruled that the membership lacks the authority to second-guess the agreed upon best efforts of the carrier and union leadership.”

Railway Age remains anxious to hear from union leaders as to their interpretation of their union’s constitutional provisions relating to contract ratification votes.

Frank N. Wilner is author of “Understanding the Railway Labor Act.” He is a former director of public relations for SMART-TD and its United Transportation Union predecessor, an assistant vice president for policy at the Association of American Railroads, and a White House (Bill Clinton) appointed chief of staff at the Surface Transportation Board. He earned undergraduate and graduate degrees in economics and labor relations from Virginia Tech.