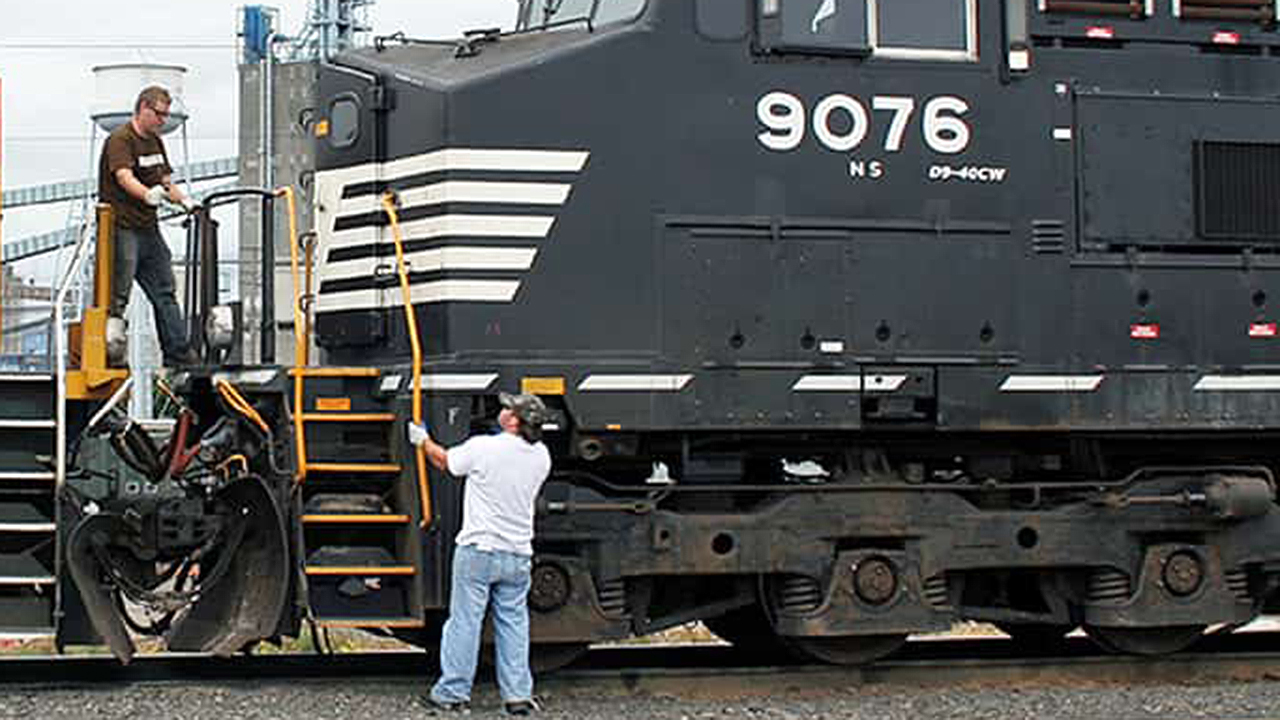 The Brotherhood of Locomotive Engineers and Trainmen (BLET) and the SMART Transportation Division (SMART–TD) have each filed Motions for Preliminary Injunctions against Norfolk Southern in the United States District Court for the Northern District of Ohio, Eastern Division, “to stop the railroad from forcing locomotive engineers to work as conductors, and for disciplining those who don’t.”

SMART–TD said the union “seeks an injunction ordering NS to return to the status quo that existed prior to the dispute, which would require that the railroad use only SMART–TD-represented train service employees to fill jobs in those crafts and classes.”

“If the Court grants the Motions and issues the requested Orders, any continued misconduct by the Carrier could trigger a strike,” the two unions, which collectively represent more than 180,000 railroad workers nationally, said in a joint statement.

“This situation is identical to the September 2013 dispute that led to a BLET strike on the Wheeling & Lake Erie,” said BLET National President Dennis R. Pierce and SMART–TD President Jeremy R. Ferguson. “The Sixth Circuit Court of Appeals, which also has jurisdiction here, held that the 2013 dispute was, indeed, a major dispute. Multiple ground employees on NS have sustained injuries in switching operations in recent weeks. We have made it clear to NS that forcing engineers to work ground assignments that they are not currently qualified on or familiar with is an invitation for more incidents. While NS’s current business model may accept responsibility for that risk to its employees, our Unions do not. We will do everything in our power to prevent that risk to our collective memberships. We, the General Chairmen, and the assigned Vice Presidents thank our NS memberships for their continued strong support in this struggle.”

“Rail labor has a demonstrably compelling argument,” comments Railway Age Capitol Hill Contributing Editor Frank N. Wilner, a former director of public relations for SMART-TD and its predecessor United Transportation Union, with several decades of experience in railroad management, labor relations activity, economic regulation and industry public policy formulation. “Highly skilled locomotive engineers are not concomitantly highly skilled yard conductors. Many locomotive engineers had minimal ground service training before being promoted, and for many there has been a lengthy period since they worked a ground service job, with few having familiarity with the yards to which they are being, or will be, assigned. There are few, if any, industries with as dangerous an operating environment as railroads. Railroad injuries are not simply slips, falls, sprains and bruises, but too typically career-ending and even life-ending events.

“If safety is a railroad’s highest priority, then it should follow that locomotive engineers be given a refresher training course in ground service safety, yard familiarity and situational awareness before being reassigned to ground service jobs. Otherwise, there is troubling potential for tragedy, a slew of new costly court actions brought under provisions of the Federal Employers’ Liability Act (FELA), and further meddling into railroad operating practices by activist Surface Transportation Board (STB) Chairman Martin J. Oberman. In September, Oberman—to the consternation of carrier officials—told the North American Rail Shippers 2021 Annual Meeting that under the STB’s enabling statute, it has authority to ‘consider the best interests of the shippers, workforce, and most important the public, as well as railroad owners.’ Perhaps it is only because Acting Federal Railroad Administrator Amit Bose is awaiting Senate confirmation and chooses not to roil political waters that the FRA has not acted in its rail safety oversight role.”