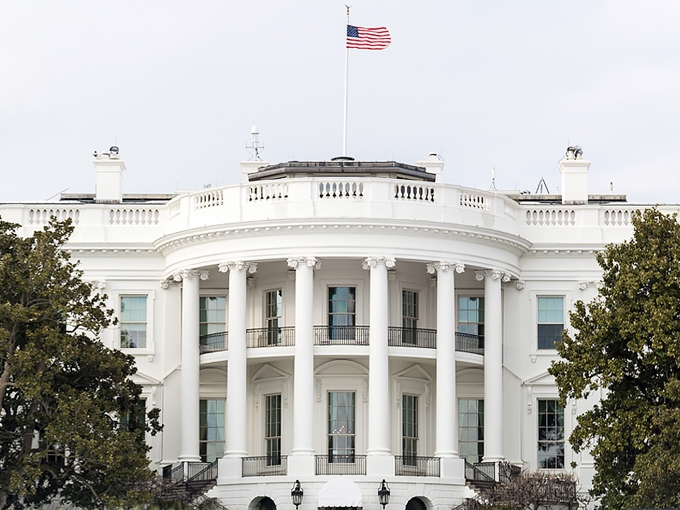 A changing of the guard at the three-member National Mediation Board (NMB) is almost complete, awaiting two new Republican members and a renominated Democratic member to take their oaths of office next week following Senate confirmation Nov. 2.

Republicans Gerald W. (Trey) Fauth III and Kyle Fortson will join eight-year NMB veteran and Democrat Linda Pucala just as rail labor negotiations on a new national package of wages, benefits and work rules are at a crucial stage. Puchala provides crucial continuity, as she has been guiding mediation efforts between the labor organizations and the railroads.

Fauth, nominated by President Trump in June, succeeds Democrat Harry Hoglander, who served on the NMB for 15 years, while Fortson, also nominated in June, takes the Republican seat of Nicholas Gael, who voluntarily departed the NMB during his first term earlier this year to become chief of staff to Labor Secretary R. Alexander Acosta.

At the two other regulatory agencies of significant importance to railroads—the Federal Railroad Administration (FRA) and Surface Transportation Board (STB)—nominations are moving exceptionally slowly.

Ronald L. Batory, nominated July 11 by President Trump to be Federal Railroad Administrator, and who received a unanimous endorsement from the Senate Commerce Committee Aug. 2, awaits Senate confirmation. A hold on his nomination was placed by Senate Minority Leader Chuck Schumer (D-N.Y.) as leverage on Transportation Secretary Elaine Chao to release up to $15 billion in matching federal grants and loans for the Gateway Project, including new rail tunnels under the Hudson River linking New Jersey with Manhattan, and renovation of the Farley Post Office building into a new Penn Station.

The non-binding federal cost sharing of the Gateway Project is a product of the Obama Administration, but was never enacted into law. The Trump Administration shows no inclination to advance the funds. Not coincidentally, Schumer voted against confirming Chao, who is the spouse of Senate Majority Leader Mitch McConnell (R-Ky.). How long Batory will remain a political hostage is unknown, although Senate Commerce Committee Chairman John Thune (R-S.D.) is said anxious to broker a solution. The Commerce Committee has primary oversight of the DOT and its agencies, including the FRA.

At the STB, two new seats—bringing the number of Senate-confirmed seats there to five, as authorized by the 2015 Surface Transportation Board Reauthorization Act—have yet to be filled. No reason has been given for the delay in naming nominees—first by President Obama and now by President Trump.

With the Sept. 30 resignation of Democrat Dan Elliott, the STB now has just two Senate-confirmed members—Republican Acting Chairman Ann Begeman and Democrat Deb Miller. Miller’s first term expires Dec. 31, but the STB statute permits a one-year holdover absent confirmation of a successor or her renomination and reconfirmation to a second term. Miller told Railway Age Nov. 2 that she has not made a decision whether to seek renomination. Begeman is serving a second term that expires Dec. 31, 2020.

Railway Age has confirmed that the Trump White House currently is interviewing two finalists for vacant Republican seats—Senate Commerce Committee legislative aide Patrick Fuchs and career railroad consultant and lobbyist Keith Hartwell. Numerous names are in play for the Democratic seat vacated by Elliott, but there is no indication any has traction yet within the White House.

There is nothing preventing the STB from having three Republicans—including Begeman—and just Democrat Miller. Alternatively, Elliott’s seat could be filled by one Republican, giving the STB a 2-1 Republican majority and leaving the two new seats vacant. It is likely, however, that Senate Democrats would move to block any Republican nominees to the STB absent also a nominee to the vacant Democratic seat.

As for the new NMB members, Fortson earned an undergraduate degree in history from the University of Colorado, and a J.D. from the George Washington University Law School. Previously, she was a legislative assistant to former Rep. Spencer Bachus (R-Ala.); counsel to former Sen. Tim Hutchinson (R-Ark.); policy analyst and counsel to the Senate Republican Policy Committee; and, since 2004, labor counsel and labor policy director to the Senate Health, Education, Labor and Pensions Committee.

Fauth has been associated with railroad economics and consulting since 1978 at G.W. Fauth & Associates, founded in 1957 by his late father, and of which he is now president. For four years, he was chief of staff to former STB Republican member Wayne O. Burkes, where he was involved with labor arbitration and dispute resolution arising from rail mergers and the harmonizing of separate collective bargaining agreements. He earned an undergraduate degree in history and government from Hampden Sydney College.

Puchala was an NMB senior mediator for 10 years prior to her first term on the NMB beginning in 2009. She has skills in alternative dispute resolution and previously was president of the Association of Flight Attendants. She earned an undergraduate degree in business from Cleary University.