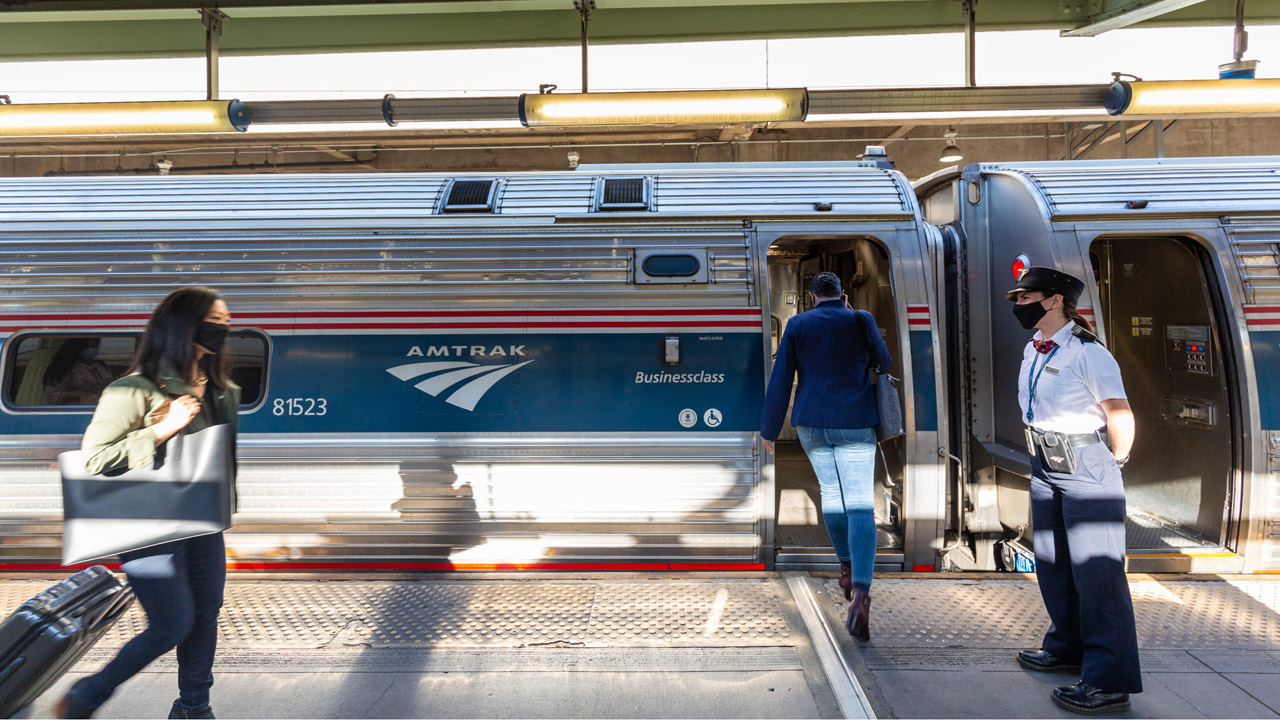 The new Passenger Rail Working Group will prepare the STB for its upcoming responsibilities in monitoring and enforcing Amtrak on-time performance.

The Surface Transportation Board (STB) has established an in-house Passenger Rail Working Group to ensure it can meet its PRIIA obligation to assess Amtrak on-time performance data, which the Federal Railroad Administration (FRA) will begin reporting later this year.

FRA was charged to do so under the Passenger Rail Investment and Improvement Act of 2008 (PRIIA). The final rule, which became effective Dec. 16, 2020, requires Amtrak and the host railroads to certify Amtrak schedules, and sets an on-time performance minimum standard of 80% for any two consecutive calendar quarters. It also defines the metrics of ridership, train delays, train delays per 10,000 train-miles, station performance and host running time.

Also under PRIIA, STB is authorized to “investigate and adjudicate issues related to the on-time performance of Amtrak’s intercity passenger rail service,” according to the agency. “The standard for on-time performance will begin to apply on July 1, 2021, with quarterly reporting on that metric from FRA to start in the months following.”

“To most effectively prepare the Board for its upcoming responsibilities in monitoring and enforcing Amtrak on-time performance, we need to quickly take stock of existing resources and determine which processes will most expeditiously bring disputes to a fair resolution,” STB Chairman Martin J. Oberman said. “The formation of an internal agency Passenger Rail Working Group will ensure the Board is ready for these duties and will give us a firm foundation upon which to proceed.”

The Group will also “explore the feasibility of creating an office at the STB focused on passenger rail issues and the creation of a Passenger Rail Advisory Committee under the Federal Advisory Committee Act,” among other functions, according to the STB.