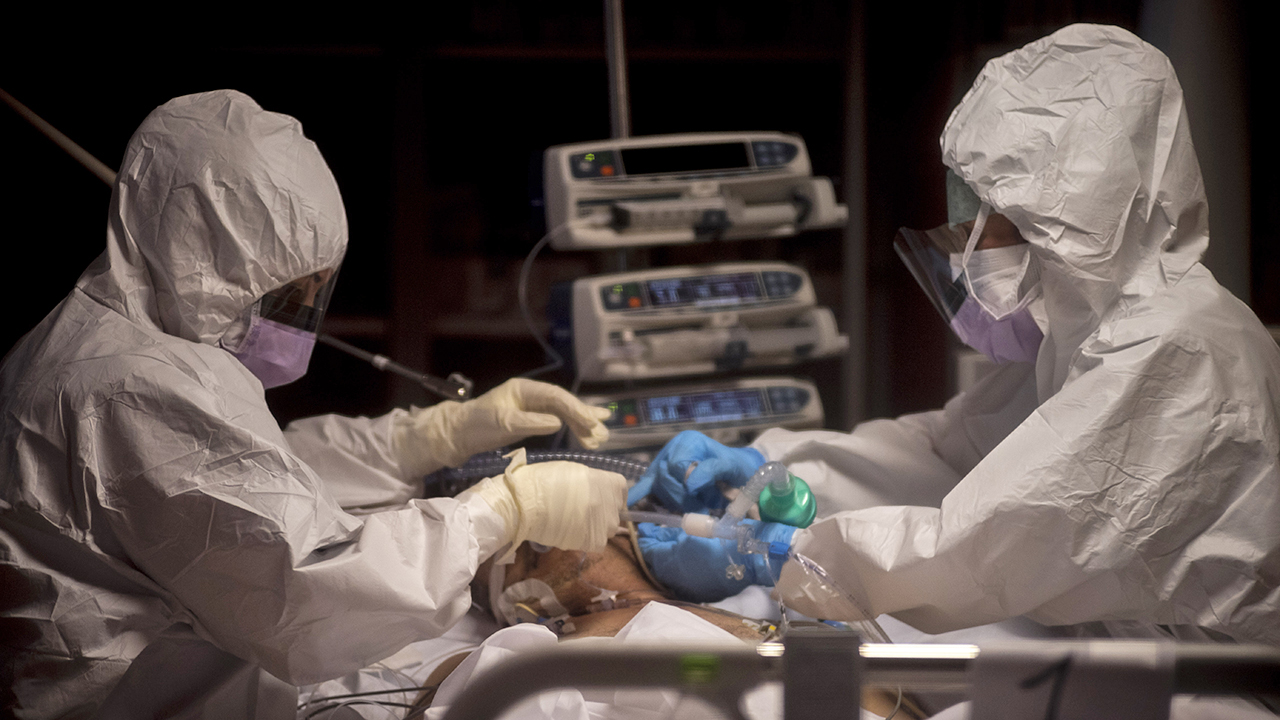 Inexplicably, as America hurtles toward 730,000 deaths attributed to this respiratory virus—with the Kaiser Family Foundation estimating that 280,000 of those deaths could have been prevented had the victims been fully vaccinated—three rail labor unions are threatening work stoppages if Union Pacific Railroad (UP) follows an Executive Order of President Biden.

The order mandates that employees of all federal contractors—which include most railroads, as they transport defense and other government cargo—be vaccinated against COVID-19 and the Delta variant by Dec. 8. Those unvaccinated by Dec. 8 will be medically disqualified from work.

Norfolk Southern on Oct. 20 announced its intention to comply with the Executive Order, and other railroads are expected to follow.

While the unions are not directly opposing mandatory vaccinations, their demands that Union Pacific collectively bargain such a result, including over additional pay for becoming vaccinated, has the potential to create a significant delay that will put in danger the lives of all UP employees, their families and others with whom the unvaccinated come in contact.

These are the same unions that perennially threaten job actions if even minor health concerns are not corrected immediately.

The real-world reality is that vaccinations save lives, employers have an obligation to follow the law and provide a safe work environment, and unions have a contractual obligation to their dues paying membership to promote those members’ health and welfare.

Yet, as some 1,500 Americans are dying daily from COVID-19 and its Delta variant, UP and these unions are in court as to whether the President’s Executive Order takes precedence over existing collective bargaining agreements—the unions demanding that UP collectively bargain whether employees should be vaccinated and how much they should be paid to do so. UP is seeking binding arbitration, which itself can be time consuming.

While UP says existing labor-management agreements allow it to set fitness for duty standards, SMART-TD says that “all necessary action will be taken to prevent such vaccination mandates,” with BLET and BMWE in tow. And daily, while Rome burns and decision makers fiddle with process, more than 1,500 more mostly unvaccinated Americans will die and many thousands more will be hospitalized.

This kerfuffle doesn’t belong in the courts or before arbitrators. It belongs before a mental health professional with expertise in psychiatric conditions. What may well be before courts eventually—and to the unions’ great dismay—are civil actions brought by survivors of those who died because of the intransigence of union decision makers to put saving lives before process in the midst of a global health emergency.

Paying only lip service to the consequences of being unvaccinated—saying only that they encourage voluntary vaccination—these three unions are demanding instead that the time-consuming collective bargaining processes of the Railway Labor Act be followed. An example of the potential sloth pace of such a process is that unrelated negotiations over changes in wages, benefits and work rules have been dragging on between these unions and railroads for almost two years. Even a further month’s delay in complying with the Executive Order is likely to devastate many railroad families as they lose a loved one as a result.

Do the operating unions—SMART-TD and BLET—really want their vaccinated members sharing locomotive cabs with the unvaccinated? In many respects, those cabs resemble an elevator. As to such an enclosed environment, says Portland State University indoor air quality expert Richard Corsi, if the occupants “are looking at you and speaking to you, or if they cough, you’re going to get this very high concentration of droplets even over a short time period.” Medical experts warn that a virus thrives in enclosed environments. Trackworkers represented by BMWE similarly are at risk, often being in close proximity to one another.

There also is a bizarre economic outcome to the unions’ resistance to mandatory vaccinations. COVID-related hospitalization costs, as reported by WebMD, exceed $40,000, not including more expensive intensive care stays. Inexplicably, these unions, while already resisting higher healthcare insurance premiums, are themselves contributing to significant new healthcare costs by not embracing the science of vaccination and the imperative of immediate compliance with the Executive Order. The Centers for Disease Control reports that 99.5% of COVID-related deaths in recent months are among the unvaccinated.

There also is the threat of breakthrough infections caused by interactions between the unvaccinated and vaccinated. While medical data show vaccinations are some 95% effective in preventing hospitalizations, those who are immune compromised, such as those overweight, having lung ailments, suffering diabetes or battling cancer, “are especially vulnerable to a breakthrough infection as they do “not build the same level of immunity” from the vaccine, reports the Centers for Disease Control. Even those fully vaccinated and not immune compromised are receptors for the virus that is spread by the unvaccinated. It can be carried home to children too young to be vaccinated.

The unvaccinated do more than risk their own health. They are, say infectious disease experts, a risk to everyone if they become infected; and they become the source of new coronavirus variants—one of which could become even more deadly than the Delta variant.

If these unions continue putting process before the health and welfare of their members—in contravention of the very purpose of their existence—then, perhaps, enlightened leadership at the Federal Railroad Administration will step in and issue an Emergency Order requiring immediate compliance with the President’s Executive Order.

Previously, the FRA promoted—and with union acceptance—employee safety by banning the use of personal electronic devices while on duty. Nor have unions objected to bans on alcohol or narcotics that compromise workplace safety. Certainly, the FRA can rely on its Skinner v. Railway Labor Executives Assn. decision from 1998 implementing regulations requiring mandatory blood and urine tests of employees involved in certain train accidents. Other FRA rules allowed railroads to administer breath and urine tests to employees who violate certain safety rules. Did the regulations violate the Fourth Amendment? By a 7-2 decision, the Supreme Court of the United States said they did not.

Surely, labor union leaders have not fallen victim to the cesspool of misinformation spread by social media. And they surely did not rise to top elected positions by playing Casper Milquetoast in the face of adversity. Pandering to process, or whatever, over the health and welfare of their members will prove a dark stain on their legacy. There is still time for these labor leaders to do what leaders do—and that is to lead, responsibly and aggressively.

Frank N. Wilner, author of “Understanding the Railway Labor Act” and other books, is a former director of public relations for SMART-TD and its predecessor United Transportation Union. He is a former senior official at the Association of American Railroads, held a White House appointment as a chief of staff at the Surface Transportation Board, and earned undergraduate and graduate degrees in economics and labor relations from Virginia Tech.