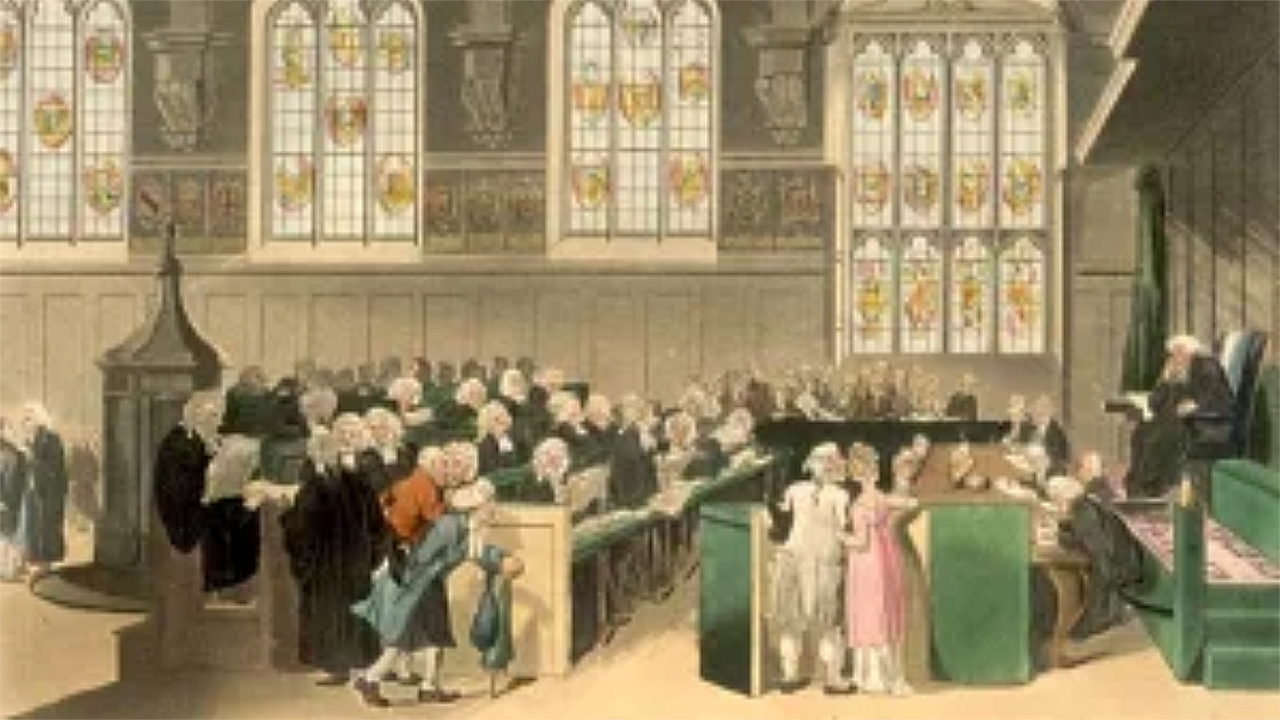 “18 attorneys, each armed with a little summary of eighteen hundred sheets, bob up like 18 hammers in a piano-forte, make 18 bows, and drop into their 18 places of obscurity. ‘Several members of the bar are still to be heard, I believe?’ says the Chancellor with a slight smile.” — from “Bleak House,” by Charles Dickens

One might as well ask who threw the overalls in Mrs. Murphy’s chowder as to enquire what more the Surface Transportation Board (STB) might learn from additional public hearings on the question of whether railroads Canadian Pacific and Kansas City Southern should be permitted to merge, and under what conditions.

The answer, “I don’t know,” would suffice for both questions, as the STB already is awash in thousands of pages of explanatory narrative, charts, images, tables, graphs and sworn affidavits of acclaimed mavens.

Yet three days of public hearings, Sept. 28-30, proved not enough, with the Board extending these formal chats to seven days, adding Oct. 3, 4, 6 and 7. Only those living in trees appear not to have been allowed speaking slots.

In his novel, “Bleak House,” Charles Dickens painted a picture of a 19th century English court whose image these STB proceedings recreate: “18 attorneys, each armed with a little summary of eighteen hundred sheets, bob up like 18 hammers in a piano-forte, make 18 bows, and drop into their 18 places of obscurity. ‘Several members of the bar are still to be heard, I believe?’ says the Chancellor with a slight smile.”

In fact, the STB is an agency with a culture of significant dither. When determining the level of maximum reasonable freight rates, the STB has permitted shipper and railroad combatants to spar almost endlessly over such minutiae as the appropriate number of printer cables and toilet stalls in a trackside facility.

Still residing in battered file cabinets somewhere in Washington, D.C.—a capital city where even absent-minded scribbles are scooped up for preservation—are 89,000 pages of transcribed testimony, 20,000 pages of legal briefs, 2,100 exhibits and maybe even a decomposed unfinished ham-on-rye from a 1929 proceeding before STB predecessor Interstate Commerce Commission known as Docket 17000.

The ICC vacillated so long over a proposed merger involving Chicago, Rock Island & Pacific Railroad (Rock Island) that by the time the marriage license was approved 12 years later—years, not months—in 1974, suitor Union Pacific skipped the wedding in favor of returning to the dating scene, with Rock Island declaring bankruptcy the next year, followed by liquidation.

The record in that proceeding, developed over 279 days of public hearings, contained 200,000 pages of testimony. One of the 500 attorneys participating told Railway Age, “This is the closest thing our profession has to guaranteed lifetime employment.”

Barron’s financial weekly took the ICC to task for its reluctance to demand of witnesses, “shut up,” alleging the agency, through delay, “has done perhaps more damage to the nation’s railroads than the marauding Confederate and Union armies combined.” The St. Louis Globe-Democrat newspaper editorialized, “Compared to the ICC, the three-toed sloth moves like a cheetah.”

During deliberations on the merger of railroads New York Central and Pennsylvania into Penn Central, ICC member William H. Tucker was quoted in the Feb. 13, 1967, Railway Age that “there is no conceivable reason why a merger case should resemble a trial for first-degree homicide, with a dozen prosecuting attorneys and scores of defense counsel nitpicking at every statement.”

In 1995, Congress sought to inject speed in agency decision-making, imposing time constraints. Yet in 1999, the agency found a way around that intrusion, announcing a 15-month moratorium on more rail mergers while it revised its rules affecting approval.

A pending merger application of CN and BNSF was stopped dead in its tracks, the applicants calling it off over uncertainty of future STB actions and impatience of those providing financing. BNSF CEO Rob Krebs said, “Several years ago, I favored shifting jurisdiction over railroads to the Justice Department. Today, I wish I’d worked harder to make that happen.”

Notwithstanding the STB having encouraged a record challenging even to those who devoured Leo Tolstoy’s “War and Peace” and James Joyce’s “Ulysses,” the agency is under statutory time constraints to read, mark and inwardly digest this product promptly, even though other matters, with expanding records of their own, are pending. Admonitions of “just the facts, please,” remain elusive to railroad regulators.

No matter the information overload, the STB’s governing statute provides that a final decision on this Canadian Pacific-Kansas City Southern merger petition be rendered within 90 days of the imminent closing of the evidentiary record and completion of an environmental assessment nearing conclusion.

By week’s end and day six of these exhausting proceedings, Board members may well ask themselves if former STB Chairperson Linda J. Morgan was prescient in her opposition to public hearings, having called them “wasteful government.” Perhaps only attorneys and consultants appearing as panelists will demur. They, after all, even when sitting silently monitoring proceedings, are enjoying hourly rates eye-popping even to Wall Street bankers.

Railway Age Capitol Hill Contributing Editor Frank N. Wilner is a former White House appointed chief of staff at the STB whose seven books include “Railroad Mergers: History, Analysis, Insight,” and a forthcoming, “Railroads & Economic Regulation.” He was an assistant vice president for policy at the Association of American Railroads and a past president of the ICC and STB bar associations.