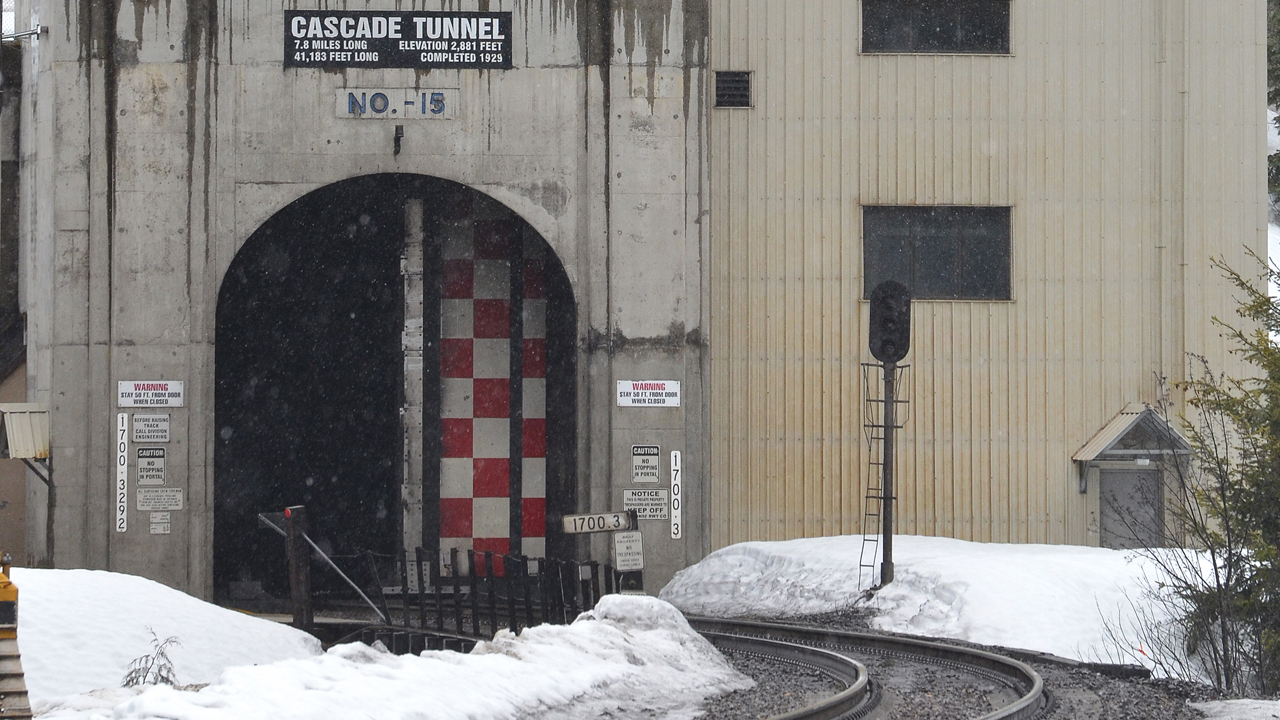 RAILWAY AGE DECEMBER 2022 ISSUE: The Surface Transportation Board (STB) is plotting an active and intense 2023.

So it was 1,000 centuries ago or longer that the first transportation-rate-and-service kickabout originated—a haggling over the barter to entice one primitive human to carry the belongings of another along a trail.

One might look skyward, ask Alexa, consult a Ouija board, interrogate a cab driver, or enquire of a bartender and find themselves no closer to defining equitable rates of exchange or minimum service standards than our forebearers.

Modern humans sought to bridge the divide between liberty and leviathan through economic regulation—sometimes more of it, sometimes less—but no matter the direction, it begat only judicial appeals and more legislative tinkering. The notion (aside from sports) of what is “fair” or “out of bounds” is, say shipper attorneys Michael F. McBride and Robert D. Rosenberg, “the quintessential challenge.”

Expect in 2023 and extending into 2024 STB actions affecting railroad economic affairs by probably the most active and intense crop of rail regulators in the 135-year history of the STB and its Interstate Commerce Commission (ICC) predecessor. The actions are being underlaid with the product of fact-seeking public hearings, extensive stakeholder testimony, data collection and considerable Board-member travel to eyeball sources of rail-shipper conflict.

Guiding—through control of the docket—the five-member STB is 77-year-old President Biden-designated Chairperson Martin J. Oberman, seeking a fourth public legacy. He already is celebrated as a Chicago Democratic alderman who bucked and then survived, through re-election, the Democratic political machine. Earlier, as general counsel to the Illinois Racing Commission, and later as chairperson of commuter rail system Chicago Metra, Oberman earned plaudits for purging improper conduct.

His current quest is to level the playing field perceived as favoring railroads in their dealings with shippers—especially those lacking effective transportation alternatives (so called “captives”).

The number of shipper grievances resolved depends, of course, on the mutually exclusive adjectives, “intending” and “succeeding,” as outcomes first will turn on Oberman having a concurring majority; then on surviving review by a judiciary increasingly distrustful of regulatory agency interpretation of legislative intent.

Under Oberman’s tutelage, the STB has documented subpar rail service as a precursor to instituting—perhaps as early as 2024—minimum customer-service standards that Oberman wants forged with “strong jaws and sharper teeth.” Railroad market power also is an STB concern—more so since release of a Board rate study showing inflation-adjusted rail rates rising between 2004 and 2019.

As for the current STB docket, pending is a proposed rule establishing a process for shippers to obtain two-railroad competition at sole-served shipper facilities.

This Reciprocal Switching remedy requires, under certain circumstances, that a railroad with sole physical access to a shipper facility, switch, for a regulated fee, freight cars to or from that facility on behalf of a nearby second railroad lacking physical access. With a prospect of two-railroad competition for the line-haul, such access is anticipated to encourage improved service.

Reciprocal switching could also partially solve a shipper complaint that sole-serving railroads engage in monopoly pricing. Board precedent is that a through rate usually need not be broken into multiple parts. Reversing precedent would allow shippers to challenge the “bottleneck” rate while seeking competitive line-haul rates from points where two railroads have a physical interchange.

Also soon to be revealed is whether the STB will approve a merger application of Canadian Pacific and Kansas City Southern—and what rail-competition preserving conditions will be attached to what would be CPKC, the first single-line railroad linking Canada, the U.S. and Mexico. Owing to their being the smallest of seven Class I railroads, the STB exempted the applicants from demonstrating that the transaction will enhance rail competition. The applicants are required only to demonstrate a preservation of rail competition. Unlike prior Class I mergers, there are no overlapping or parallel routes, as the two connect only in Kansas City.

STB-imposed merger conditions could include requiring a combined CPKC to maintain interchanges with other railroads. The STB also may retain oversight of pre-merger service promises and impose routing mandates to alleviate predicted increased rail congestion in Chicago and Houston.

Other pending proceedings include arbitration to resolve rate disputes; handling of service emergencies; reporting requirements to reveal origin and destination car-handling delays; possible revocation of regulatory exemptions; review of the methodology determining railroad revenue adequacy; if Precision Scheduled Railroading is the cause of a surge in Union Pacific imposed embargoes—from 47 in calendar 2017 to 886 for just the first 10 months of 2022; and revisions to an antiquated Uniform Rail Costing System (URCS)

Were it not for the existence of captive shippers and dual rail duopolies—BNSF and Union Pacific in the West; CSX and Norfolk Southern in the East (sandwiching smaller north-south Class I railroads)—free-market advocates might succeed in eliminating all railroad economic regulation. It is for rail shippers with limited or no transportation alternatives that STB-administered statutory protection is in place.

Blame economists for developing—as a means of protecting captive shippers from “unreasonable” freight rates and service degradation—a methodology so complex and costly that its perfection at doing the job has become the enemy of the good.

A Stand-Alone Cost (SAC) test, designed to protect captive shippers from bearing the cost of rail facilities or services from which they derive no benefit, requires a shipper to design a hypothetical most efficient stand-alone railroad tailored to that shipper’s specific needs. The cost to shippers of doing so—as it requires teams of experts in multiple disciplines—can exceed $5 million, thus sabotaging the protection intended by statute.

Former STB member Deb Miller criticized the “granularity” of the SAC test, citing arguments “as trivial” as the type of wiring needed for yard lighting and the number of stalls required in restroom facilities, which, she said, forces the STB “to make determinations that, while based on evidence and expertise, seem far removed from the core question at issue”—rate reasonableness.

The 2015 Surface Transportation Board Reauthorization Act—STB Member Patrick Fuchs having been a drafter while a senior Senate Commerce Committee staffer—instructed the agency to develop “simplified and expedited” methods for determining rate reasonableness when a SAC test exceeds what the complaining shipper might recover.

The Board is expected soon to issue a final ruling on two simplified procedures—Final Offer Rate Review (FORR) and an alternative voluntary arbitration process. Each would apply only to shippers whose maximum recovery in the two years prior to filing the complaint does not exceed $4 million—and likely encompass most non-repetitive chemicals and grain shipments.

FORR, as recommended by an internal STB Rate Reform Task Force, would require railroad and shipper simultaneously to submit to the Board final offers that include an analysis of the challenged rate. The STB would choose one of the offers without modification.

An alternative—but requiring voluntary agreement by both parties—would have a trained neutral third party, with subject matter expertise, make a binding arbitration determination subject to subsequent limited review by the STB and courts.

STB FORR determinations would establish precedent, while voluntary arbitration would be confidential and have no precedential value, save for limited STB or court review. Shippers say confidentiality of voluntary arbitration awards blocks them from sharing with each other railroad case strategy, while railroads, party to each arbitration, would benefit in future arbitrations by knowing shipper and expert witness strategy and arbitrator predilections. Each side faces a risk of precedent in STB FORR determinations, although a shipper loss merely puts it in the same position as before bringing the complaint.

A ruling is expected in 2023 on an STB initiative to require a railroad facing a Board-determined service emergency to take independent action to solve the problem or be subject to Board-directed action.

Frequent reports of railroad car-handling delays between local railroad serving yards and a shipper loading or receiving facility—known as “first-mile/last mile”—invited a Board initiated order, following a two-day public hearing, on whether additional reporting requirements are justified. Shipper complaints of inconsistent and unreliable rail service—unavailability of empty cars for loading, delays in switching cars to and from shipper facilities and failure of railroads to communicate delays and their reasons—prompted the Board action. If reporting doesn’t lead to improvement, further action should be expected.

The Uniform Rail Costing System (URCS) is an accounting allocation method used for a variety of regulatory functions, including determination of maximum reasonable rates. Elements are more than a century old, with former STB Chief Economist William F. Huneke comparing URCS to “a classic car lacking modern GPS and satellite radio” and from a time when railroads, not shippers, owned most freight cars and line hauls were shorter as railroads had not merged away most rail-rail (intramodal) competition. The STB is seeking public comment on an independent consultant’s report, “Alternatives to URCS.”

Lurking in the wings is a rulemaking revoking ICC and STB exemptions of certain commodities and classes of traffic, such as intermodal, from economic regulation. Revocations would restore STB oversight of rates and service, with the threat thought sufficient to moderate market power abuse and intentional service degradation.

In reporting on STB actions, and as we have observed previously, what distinguishes the Senate-confirmed members of this Board is they are not separated by ideology or politics. Rather, each consistently has displayed commitment to civility, facts, transparency, ethics and compromise—the fundamentals of independent agency public service.