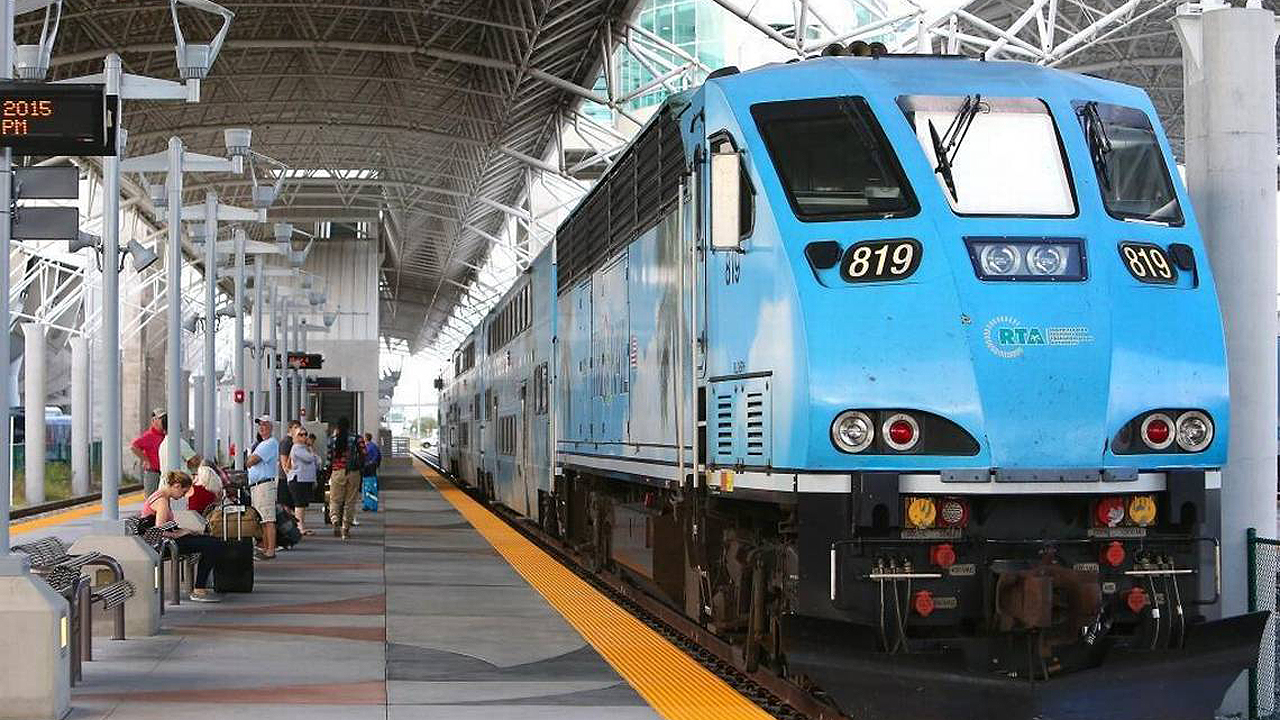 According to Tri-Rail Executive Director Steven L. Abrams, two of the problems that have delayed access to the city of Miami may be solved soon, and Tri-Rail and Brightline are working on the other.

On Feb. 1, Railway Age reported that Steven L. Abrams resigned as Executive Director of Tri-Rail, South Florida’s regional passenger railroad, because of problems with long-delayed access to Brightline’s downtown MiamiCentral station. A month later, Abrams is still on the job, and it appears that things are looking up.

Railway Age interviewed Abrams on March 4. Two of the problems that have delayed access to the city may be solved soon, and Tri-Rail and Brightline are working on the other.

When the MiamiCentral station was under construction in 2015, the company that became Brightline was still called All Aboard Florida (AAF). The station in downtown Miami would feature elevated platforms with three tracks for AAF/Brightline (a side platform for one track and an island platform for the other two) and two tracks with side platforms for Tri-Rail. It was anticipated at the time that Tri-Rail would serve the station sometime in 2017, but that hope has faded into memory, and the plan is now more than five years behind schedule.

There are three problems which have cropped up lately: insufficient clearance between the platform and the boarding steps that protrude from the car bodies, the undersides of the ladders on the Brookville-built locomotives scraping on the platform, and the question of whether the tracks built on a grade from ground level to elevated platform level can sustain the weight of Tri-Rail trains. Taking the issues one at a time, Abrams told Railway Age that two of them should soon be solved, and expressed the hope that the other would be remedied shortly thereafter.

The first obstacle to make news concerned steps used by passengers to board trains or to alight from them. Most Tri-Rail stations have low-level platforms, and ambulatory passengers must walk up two steps to get on and down those two steps to get off. The middle step at each door (between the platform and the floor of the car) is affixed to the outside and protrudes from it. For level boarding, there is a cantilevered overhang at the edge of the platforms at MiamiCentral that sits above those steps when the train is in the station. There is insufficient clearance between the bottom of the platform overhang and the tops of the steps. Abrams told Railway Age: “We have always known that we needed to adjust the steps for level boarding, and we ordered parts.” He also said that Brightline has mobilized workers to scrape off excess concrete on the undersides of the platforms to make room for the needed clearance.

There is also the issue of load ratings on the segment of track leading from ground level to the elevated platforms. There was concern that the structure could not support the Tri-Rail trains on that segment, but Abrams said that efforts to surmount the load-rating obstacle are “90% there.” He said Brightline is providing data to the Florida Department of Transportation (FDOT), and that FDOT has reviewed Brightline’s design standards and has declared the segment safe. Abrams added that FDOT has been working in-house and with consultants, and hopes to have the official determination soon.

The third problem has to do with the new locomotives at Tri-Rail: BL36PH units from the Brookville Equipment Corp. The ones currently in service comply with Tier 3 emissions standards set by the Environmental Protection Agency (EPA), and Tri-Rail plans to order more in the future, which will conform to stricter Tier 4 standards. There is an issue with the way the new units were tested in 2013-15, when they were delivered. The data at the time was based on static measurements, rather than measuring the profile of the units when moving, so the clearances into the station may not have been measured properly. The design is based on the Amtrak envelope, and Abrams mentioned the difficultly that the ladder, which crew members use to climb up to the cab or down from it, scrapes along the top of the platform. The current hope is that shaving some of the concrete off the tops of the platforms in the right places will solve that problem, too, but the actual solution remains to be determined. Just as one example, an uneven platform could allow enough clearance for the ladder at the spot where the unit was measured, but a static measurement would not reveal high spots on the platform that would not allow sufficient clearance. Tri-Rail also said that the ladders themselves are subject to safety regulations, which prevents the railroad from changing them unilaterally.

Railway Age checked with Brookville and was informed that Tri-Rail had not contacted Brookville concerning the units in question or contracted with the company to remedy any difficulties. That may not be necessary, though, because it might be enough to scrape off the high points on the platforms.

Abrams also said that Brightline has been cooperative with the effort to solve these problems, so Tri-Rail can start service to downtown Miami.

Tri-Rail operates on the historic Seaboard Railroad, several miles west (inland) from the historic Florida East Coast Railway (FEC) alignment that goes through Miami and other downtown areas, and which Brightline uses. At the present time, Metro Rail, the elevated line operated by Miami-Dade Transit, provides the link between Tri-Rail and downtown Miami. There is a transfer station in Hialeah, at 79th Street, two stops north of Tri-Rail’s southern terminal at Miami International Airport.

Plans call for routing some Tri-Rail trains over the IRIS Connector, a stretch of track slightly more than four miles long on an east-west alignment, and onto the historic FEC track now used by Brightline for access to MiamiCentral Station. Southbound Tri-Rail trains would stop at the transfer station and turn left onto the IRIS Connector to proceed toward the FEC line and into Miami.

It has been a long wait, but Abrams is hopeful that Tri-Rail will get to downtown Miami relatively soon. Will Miami service start before the end of 2022? Abrams hopes so. Things are getting better at Tri-Rail, and the score seems to be two down and one to go; at least that’s what it should be soon.