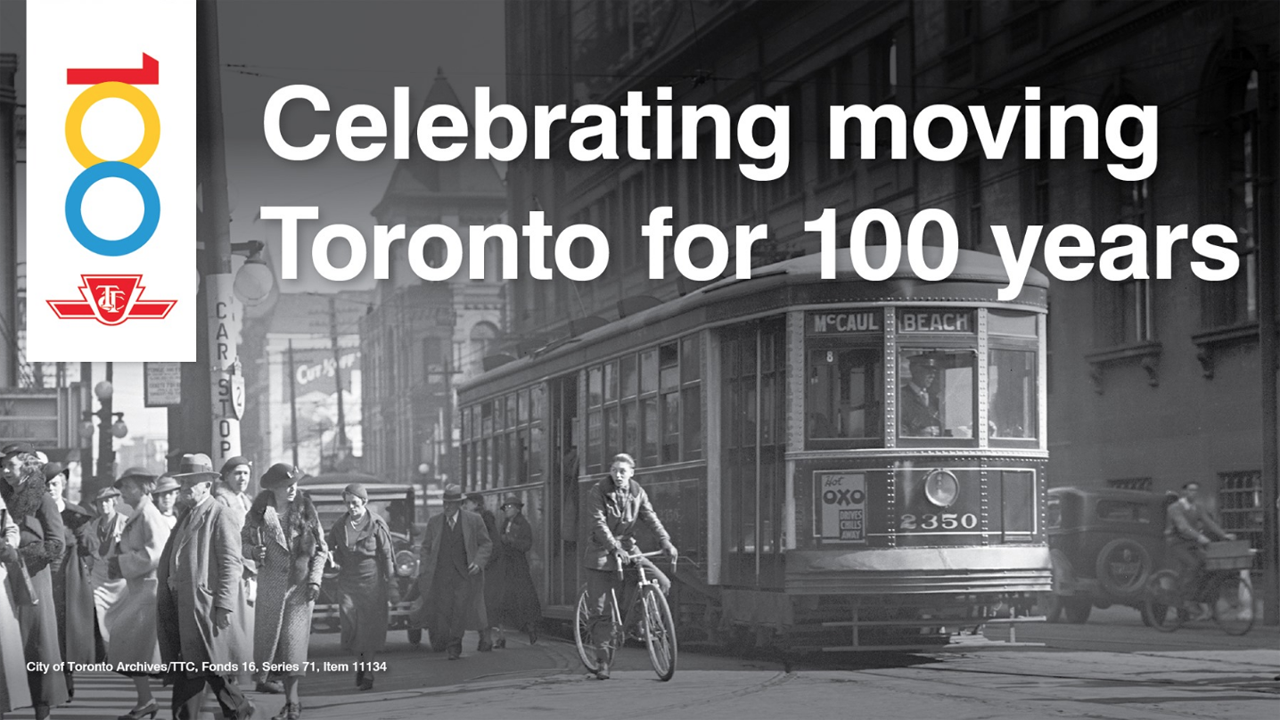 The Toronto Transit Commission (TTC) celebrated its centennial on Sept. 1.

At a mid-day ceremony at the agency’s Roncesvalles Carhouse, Mayor John Tory proclaimed the day as “TTC Centenary Day” in the city.

“For 100 years, the TTC has provided a vital link, connecting people with places and opportunities in Toronto,” Tory said. “The TTC has grown over the past century to deliver exceptional transit that provides service to all corners of the city through a network of buses, subways, streetcars and Wheel-Trans vehicles.” The mayor praised the agency for continuing to transport frontline workers and others during the ongoing COVID-19 crisis and said: “As we celebrate the TTC’s past, I am confident in its future because we are committed as a city to continuing to upgrade and expand the TTC with the help of our partners in the provincial and federal governments.”

“Through a century of immense change, the TTC has evolved and adapted along with the city we serve,” TTC Chair Jaye Robinson said.

TTC has transported 32 billion people since it was founded, according to CEO Rick Leary, who also expressed his thanks to the agency’s 16,000 current employees, as well as past employees “whose hard work and dedication have made this century of service possible.”

The event featured a display of historic vehicles, including a Peter Witt streetcar from 1921 and a PCC car from 1938. PCC cars ran in Toronto until 1995, and a few former Toronto cars still run in limited service on Fridays and weekends on the Lakefront Trolley, a downtown circulator line in Kenosha, Wis.

The agency handed out commemorative “TTC 100” transfers on its buses, and there were special displays around the city. In addition, TTC is marking the occasion through an awareness campaign on its vehicles and social media channels and in stations. A special TTC 100th Anniversary microsite has been launched, and watch a special anniversary video below.

Both the centennial site and TTC’s main website include a list of the upcoming celebration events. There will be street banners displayed on Yonge Street and University Avenues (along Line 1) and in front of Union station this month. There is also a “100 Years of Moving Toronto” photographic exhibit on the city of Toronto’s archive website, and TTC is posting its own photo exhibits at twelve stations, which will be on display until next July.

TTC’s history microsite presents a comprehensive and pictorial history of Toronto’s transit since its founding. It describes the beginning of the agency this way: “On Sept. 1, 1921, The Toronto Transportation Commission assumed responsibility for all public transit within Toronto city limits and began operations. This was a significant moment for the growing city.” It also highlighted the providers operating at the time: “Since the 1800s, Toronto had been served by multiple transportation organizations. The consolidation of the Toronto Railway Company, the Toronto Civic Railways, and parts of the city-owned Toronto & York Radial Railway meant that nine separate fare systems were replaced by one TTC fare system.”

TTC’s red paint scheme was introduced almost immediately, on the Peter Witt cars, which made their appearance later in 1921. According to the history microsite, they received mixed reviews at first, and the Toronto Star dubbed them “Red Rattlers.” Electric trolley buses; ferries (the operation was later given back to the city); and Grey Coach Lines, an intercity bus operation came later in the decade. (Grey Coach was sold to Ontario Northland Motor Coach Services and the now-defunct Greyhound Canada in 1992.)

There was a big change in 1954, when TTC opened its first subway line, from Union Station to Eglinton under Yonge Street. It is now part of the Yonge-University Line, which is designated “Line 1” and shown in yellow on maps (see below). The original red cars were called “Rockets.” The name stuck through a longtime TTC slogan “Ride the Rocket,” and through the new articulated subway cars with open gangways, which were known as “Toronto Rockets.” The cars were made by Bombardier, ordered in 2006, delivered between 2010 and 2017, and got their name from a public contest held in 2006.

TTC receives high marks from transit managers and advocates alike; some believe the system is the best in North America. It has often been complimented for its efficient operation, frequent service, positive attitude toward its riders, and operational features like places for intermodal transfers inside fare controls. Subways do not run all night, but they run frequently until closing, and are replaced with a network of “owl” buses within the city, including a route that runs frequently on Yonge Street through the night. Some streetcar lines run all night, as well.

Its general managers have included legendary figures Andy Byford (2011-17), who later headed transit in New York City and is now back in London, and David Gunn (1995-99), who later served as President of Amtrak.

About 50 years ago, at the midpoint of TTC’s history, this writer knew the members of a railfan club based in Brooklyn, N.Y., called the Borough Park, Laurelton & Northern Rowboat Company. Every year, they would make a pilgrimage to Toronto and ride the city’s subways and streetcars for the Labor Day (spelled “Labour” in Canada) weekend. They marveled at the reliably frequent service, along with architectural features like grand unions on the streetcar system, which exist nowhere else in North America. Since that time, the subway and streetcar systems have both grown—with four subway lines and 10 streetcar routes, in addition to the agency’s extensive bus network—and TTC’s transit goes beyond the Toronto boarder and into the municipalities of Mississauga, Vaughan and Markham.

Whether they are aware of transit elsewhere or not, Torontonians praise TTC and the ease with which they can get around on it. So do expatriate Torontonians, who can compare the transit they remember with the transit they now ride elsewhere. It seems reasonable to assume that this writer is not the only American who wants to go back to Toronto and “Ride the Rocket” again. When the border between the countries will reopen is essentially up to the COVID-19 virus and how politicians react to it, but riding Toronto’s transit and seeing the exhibits about its history are two activities that will someday be available to Americans again—at least we know that riding the TTC will. 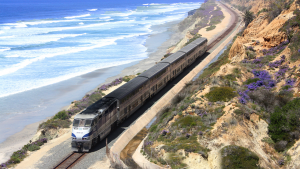 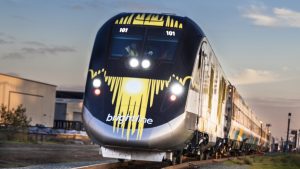