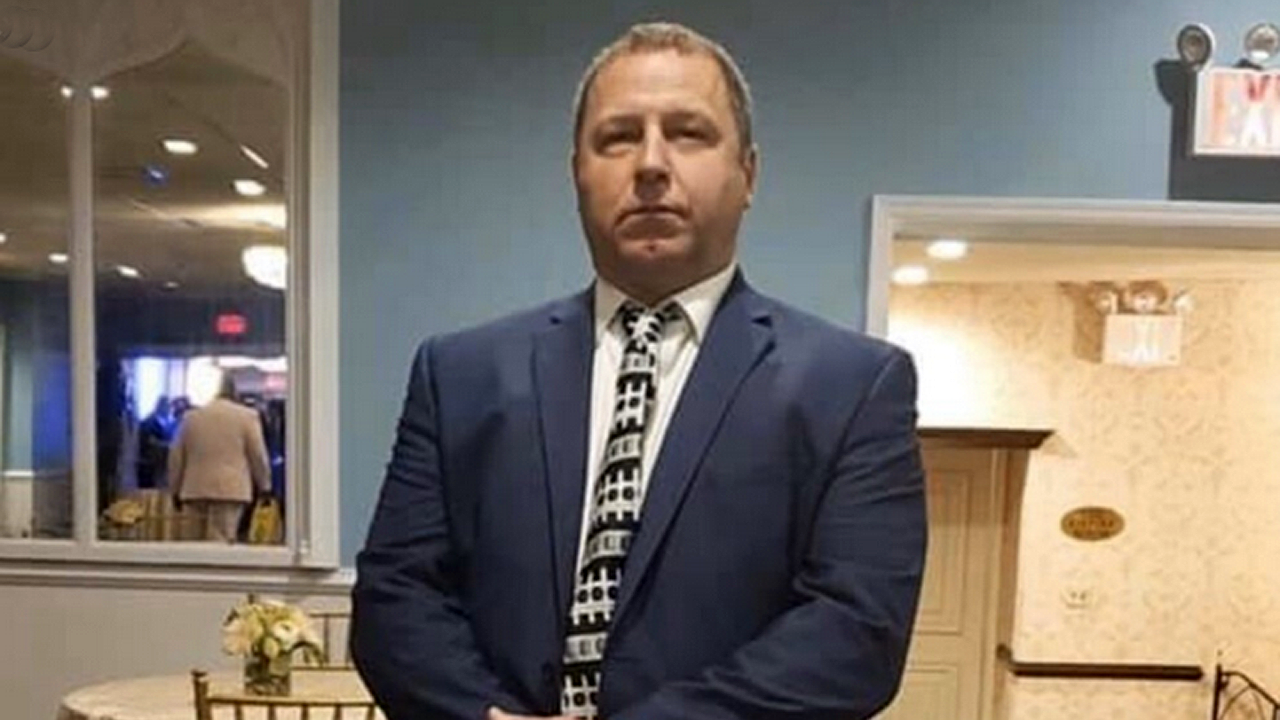 New York City Transit subway conductor Peter Petrassi was the first MTA worker to die from COVID-19. His family will receive a $500,000 death benefit under a new agreement between the TWU and the MTA.

The New York Metropolitan Transportation Authority, Transport Workers Union Local 100 and the Transport Workers Union of America have reached an agreement establishing a $500,000 COVID-19 death benefit for TWU members who died after being infected with the virus. Under the agreement, the MTA will pay the $500,000 in a lump sum to the spouse, beneficiary or estate of each deceased member who was in active service on or after Feb. 1, 2020. The TWU agreement extends the COVID-19 death benefit to members of four TWU Locals: Local 100, Local 106, Local 2001 and Local 2055.

The TWU, the largest of which is Local 100, representing some 41,000 MTA workers, began pushing for for what it is calling a “Line of Duty” benefit—$500,000 instead of the $50,000 “Active Duty” benefit— on March 26 following the death of New York City Transit Conductor Peter Petrassi. Since then, about 60 workers have died, and about 2,270 of the MTA’s 72,000 employees have tested positive; with thousands more having been quarantined or calling out sick. Some who have resumed work were cleared by the MTA’s Temperature Brigade, which checks 2,000 employees a day for fevers.

The MTA said it is funding the death benefit from its annual operating budget, and is working on similar agreements with its other unions. In a statement, the agency said the “Line of Duty” distinction will extend to non-union employees. Speaking to reporters on March 14, MTA Chairman Patrick Foye—who himself was infected with the coronavirus but has recovered—said it was “appropriate” to pay the benefits but rejected the TWU’s “Line of Duty” distinction. “This is not a Line of Duty benefit program,” he said. “This is a family benefit program, given the tragic loss of life in a horrific pandemic. I’ll let the unions speak for themselves.”

“We can’t bring back our heroic co-workers but we can make sure their families are taken care of,” Local 100 President Tony Utano said. “We will continue to fight in Albany for additional benefits to help the families left behind and to further honor our lost heroes’ great sacrifice to this city and state.”

“New York wouldn’t have a fighting chance against this virus if transit workers weren’t getting the blue collar heroes of this pandemic—nurses, paramedics, food service workers—to the front lines of the battle all across the metropolitan region,” TWU International President John Samuelsen said. “This COVID-19 death benefit is a recognition of the incredible contributions and sacrifices our workforce has made.”

The MTA’s Temperature Brigade, which has been deployed system-wide at 22 locations across New York City, among them Penn Station and Grand Central Terminal, consists of NYCT safety and security personnel, Long Island Rail Road fire marshals, and Metro-North’s fire brigade, as well as 60 contract workers, all medically trained, deployed 24/7 to locations covering all MTA agencies. Temperature Brigade members check all employees entering a work location using thermal scan thermometers on foreheads. Anyone with a temperature of 100.4 degrees or higher is sent home and instructed to seek medical guidance and report back to the MTA. The agency said the fever rate being found by the Brigade is “extremely low—approximately one out of every 1,000 employees checked.”

According to an April 14 story by Daily News Transit Reporter Clayton Guse, MTA officials had looked at shutting down New York’s subway system to contain the spread of coronavirus, but determined it would lead to an even greater loss of life, according to un-named MTA sources familiar with the decision.

“Transit honchos began gaming out what a pandemic-driven subway shutdown would look like as early as March 9, and mapped out numerous service changes before eventually landing on an ‘Essential Service Plan’ March 24,” Guse wrote. “The plan reduced the number of daily scheduled train and bus trips by roughly 25%. Heads at NYCT went so far as to contact private bus companies to talk about providing trips to work for front-line professionals like hospital staff and grocery store employees, according to a source. But even with the private bus carriers, a subway shutdown would prevent hundreds of thousands of New Yorkers from completing essential errands like food and pharmacy runs or doctor visits. MTA [leadership] believes preventing those trips would have led to even more than the 7,349 New York City COVID-19 deaths the [New York State]e reported as of [April 13], sources said.

“ Plummeting ridership spurred by Gov. [Andrew] Cuomo’s March 20 ‘New York PAUSE’ order also reinforced the decision to keep the subway running, sources said. Subway ridership on [April 10] hovered below 400,000, a 93% drop from a comparable date in 2019. The workforce shortage has limited the MTA’s ability to run subway service. At some points in the past three weeks, officials did not have enough crews to run even 60% of the already reduced service plan. Still, TWU officials … have since the start of the pandemic opposed a subway shutdown—so long as employees are given proper protective equipment. [TWU International President] John Samuelsen … has instead focused on ensuring line-of-duty death benefits for transit workers who die from coronavirus, and lobbied for the federal government to provide hazard pay so workers can be compensated for exposing themselves to the disease.

“Even with all the war-gaming, MTA chairman Pat Foye pinned any decision to close the subway on Gov. Cuomo. ‘At the end of the day, it [a subway shutdown] is a decision that would be made by Governor Cuomo,’ Foye said on March 13. ‘But right now … we’ve got, at the MTA, contingency plans on top of contingency plans.’”

In a related development, the MTA on April 15 joined forces with Northwell Health-GoHealth Urgent Care to provide prioritized COVID-19 testing to symptomatic front-line MTA workers at its urgent care facilities throughout the New York metropolitan region. “The new partnership with the state’s largest healthcare provider marks the latest in a series of aggressive health and safety measures taken by the MTA to protect its vital front-line workforce and limit the spread of the COVID-19 at no cost to MTA employees,” the agency said.

Under the new partnership, Northwell Health-GoHealth Urgent Care will provide priority testing to symptomatic transportation workers at a rate of up to 50 tests per day or 350 per week. The partnership between the MTA and Northwell Health-GoHealth Urgent Care is similar to the partnership the organization has with the NYPD and FDNY. The agreement expands the range of options available to MTA employees, who are still able to go to their primary care physician or other medical provider at no cost to the employee.