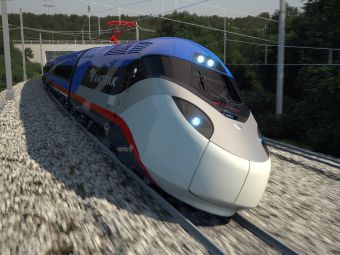 “The U.S. economy and working people scored a victory today following the announcement by Vice President Joe Biden that Amtrak will be purchasing a new high speed train fleet from Alstom, which will manufacture the trains at its Hornell, N.Y., facility employing members of the International Association of Machinists and Aerospace Workers.

“For many years we have advocated for rail and transit procurement policies that reward high-road employers whose manufacturing business models support middle class job creation here at home. For too long federal, state and local policies squandered billions of dollars in rail and transit fleet purchases by only requiring the bare minimum when it came to domestic content and expanding U.S. transportation manufacturing.

“Fortunately, Amtrak has taken an important step in embracing a new vision for how public dollars are spent when rail and transit systems upgrade their fleets. In its request for proposal (RFP) in July of 2014, Amtrak included a groundbreaking requirement that bidders submit a U.S. Employment Plan detailing their plans to create U.S. jobs and opportunities for disadvantaged American workers including veterans.

“Amtrak’s commitment to investing in American manufacturing and good-paying jobs marks a welcome change of direction by recognizing the advantages of best value contracts. This decision also reflects years of persistence by the Obama Administration to prioritize domestic manufacturing in the transportation sector. The President, Vice President and Transportation Secretary Foxx have consistently worked to promote stronger Buy America standards and tighten lax federal waiver rules that for decades mainstreamed excessive foreign outsourcing.

“I want to congratulate the Jobs to Move American Coalition (JMA), which developed the U.S. Employment Plan and has been a leader in implementing smarter rail and transit procurement policies throughout the country. TTD is proud to be a member of JMA, and I believe that today’s announcement helps prove what we know to be true: public investments in rail and transit can and should be a major economic driver that create good jobs and launch a renaissance in transportation manufacturing.”