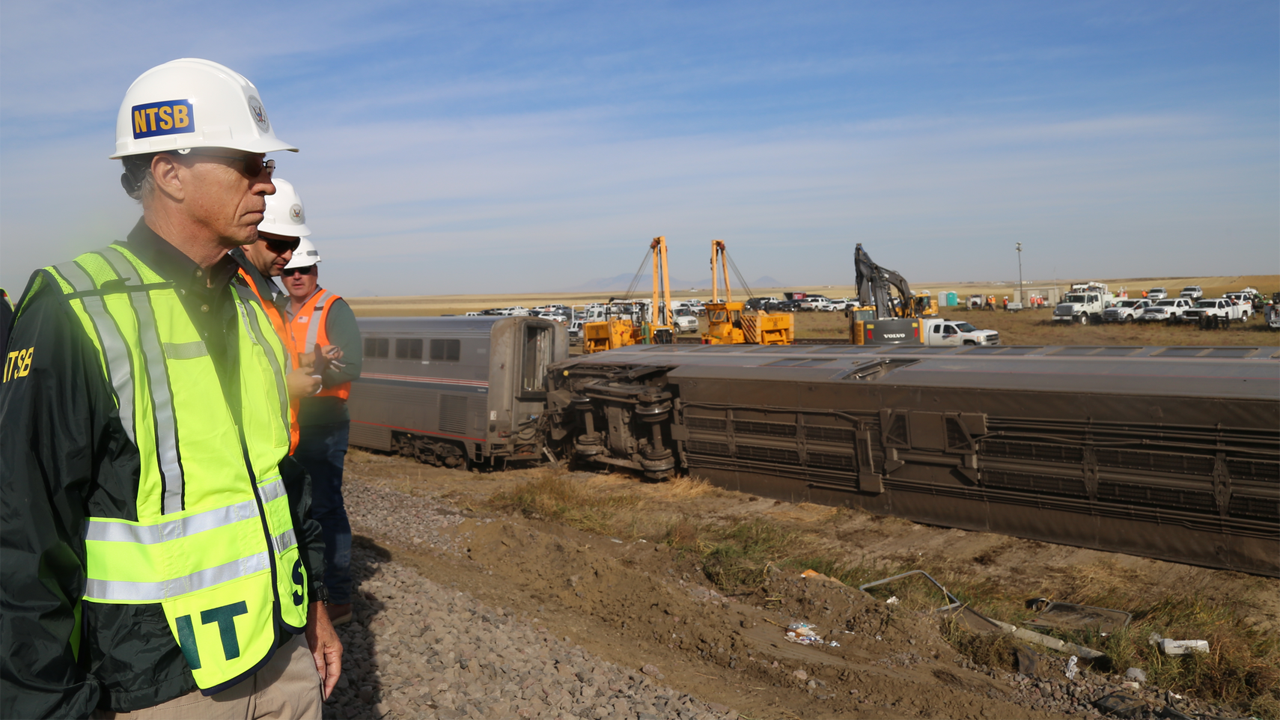 The National Transportation Safety Board (NTSB) has released a preliminary report on its investigation into the Sept. 25 derailment of Amtrak’s Empire Builder train 7/27 near Joplin, Mont.

The investigation of the accident that killed three and injured 44 of the 154 passengers and crew members on board is ongoing. The Oct. 26 NTSB report provided initial findings only—not a cause. Among them: Preliminary data from the leading locomotive’s event recorder showed that the train was traveling between 75-78 mph—under the 79 mph speed limit—when its emergency brakes were activated. In addition, the PTC (Positive Train Control) system was enabled and operating at the time of the derailment. NTSB noted that Amtrak estimated the damage to be more than $22 million.

NTSB investigations like this one can take up to 24 months to complete, according to the agency, which has also pointed out that investigations typically look at not only what occurred, but also why, and propose recommendations to prevent future similar tragedies.

NTSB is the lead agency in the Amtrak derailment investigation. Its team—headed by Investigator-In-Charge Jim Southworth—consists of 14 investigators with expertise in rail operations; mechanical; human performance; track; signal systems; recorders; survival factors; and family assistance. Other parties include the Federal Railroad Administration; Amtrak; BNSF; Brotherhood of Maintenance-of-Way Employes Division; International Association of Sheet Metal, Air, Rail and Transportation Workers–Transportation Division; and the Brotherhood of Locomotive Engineers and Trainmen. During a Sept. 27 media briefing, NTSB said representatives from the Volpe Transportation Center, part of the U.S. Department of Transportation, were analyzing the crashworthiness aspects of the passenger cars.

​“This information is preliminary and will be either supplemented or corrected during the course of the investigation.​ Release date October 26, 2021.

“On September 25, 2021, about 3:47 p.m. local time, westbound National Railroad Passenger Corporation (Amtrak) train 7 (also known as the Empire Builder) carrying 154 people derailed in a right-hand curve at milepost 1014.57 on the BNSF Railway (BNSF) Hi Line Subdivision near Joplin, Montana.[1] (See figure.) As a result of the derailment, 3 passengers died, and 44 passengers and crew were transported to local hospitals with injuries. Damage was estimated by Amtrak to be more than $22 million.

“Amtrak train 7 consisted of two locomotives and 10 railcars. Eight of the 10 railcars derailed with four railcars derailing on their sides. In the vicinity of the accident area, BNSF authorizes train movements with a traffic control system. Train movements are coordinated by a BNSF train dispatcher located at the Dispatch Center in Fort Worth, Texas. Train movements on the Hi Line Subdivision are governed by operating rules, special instructions, timetable instructions, and the signal indications of the traffic control system and supplemented with an overlaid positive train control (PTC) system. The maximum allowable speed on this section of track was 79 mph for passenger trains. The PTC system was enabled and operating at the time of the derailment. Preliminary data from the leading locomotive’s event recorder showed that train 7 was traveling between 75 and 78 mph when its emergency brakes were activated. The locomotives and the first two railcars remained on the rail. The weather was clear with no precipitation at the time of the accident.

​“Announcements about media briefings and other activities related to this investigation will be made on the NTSB’s media relations Twitter feed @NTSB_Newsroom.”

Ditmeyer quipped that he thought the preliminary NTSB report was “wishy washy.”