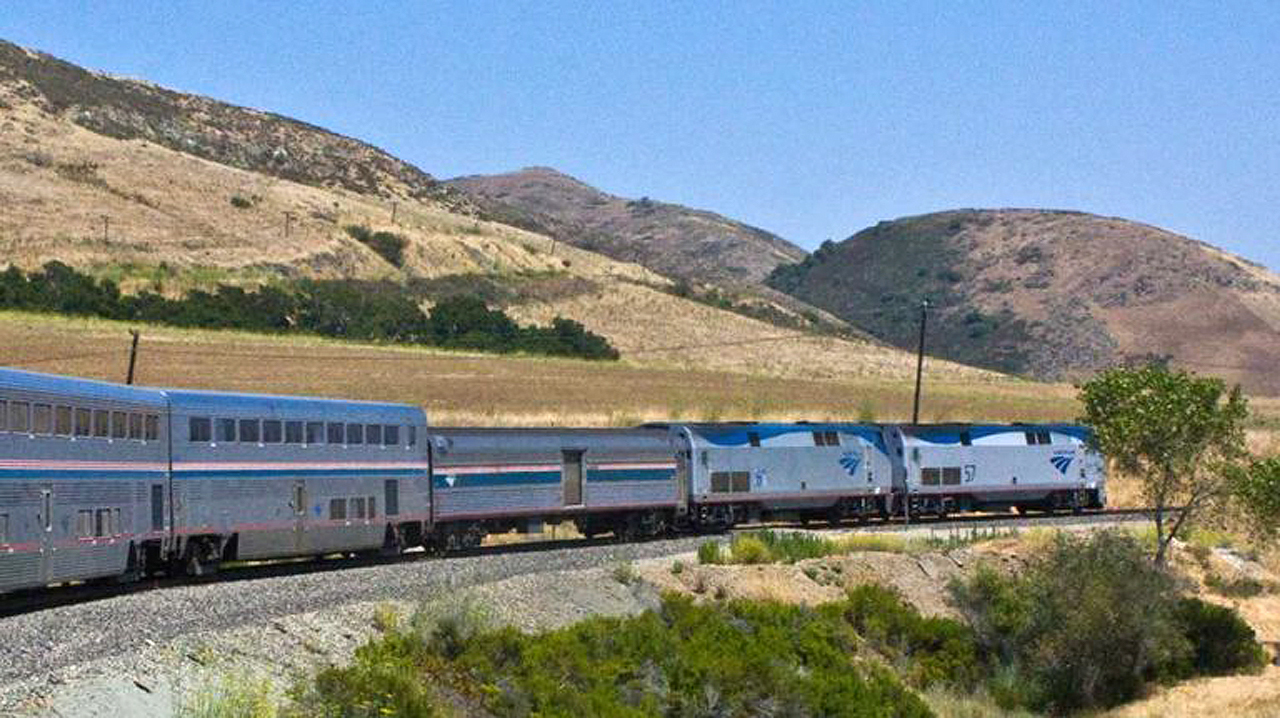 The dilemma: It’s now clear that Amtrak, the National Railroad Passenger Corporation, and its new management under former Delta Airlines CEO Richard Anderson and Executive Vice President Stephen Gardner, regards its principal responsibility as making the Northeast Corridor America’s first true high-speed rail route. That’s a worthy goal and no easy task. Running from Boston south through seven states and the District of Columbia, the Northeast Corridor is the central transportation axis for southern New England and the Middle Atlantic states. The dilemma is that Amtrak’s mandate is not limited to the Northeastern states.

Amtrak’s official name is the National Railroad Passenger Corporation. Some, particularly in the Northeast, forget that the rail passenger corporation’s Congressional mandate has always been to provide a truly national rail system. Unfortunately, it’s a role to which the current Amtrak board and much of its senior staff give mere lip service.

The great losers in this Middle Atlantic-centric approach are south of Richmond, Va., and everything west of Buffalo/Harrisburg/Washington. The rumor, given Amtrak’s legendary aversion to transparency is all we can expect, says that the first train-off will be the Chicago-Los Angeles Southwest Chief. Amtrak has promised Congress to continue the number one train linking east and west … for now.

Another to go may be the daily Chicago-Seattle/Portland Empire Builder and the tri-weekly New Orleans-Los Angeles Sunset Limited. The fate of the St. Louis-San Antonio Texas Eagle is dubious. That would leave the West with only two Amtrak-funded services: the Seattle-Los Angeles Coast Starlight and the Oakland-Chicago California Zephyr. It appears Amtrak’s hope is that those two tokens will satisfy their legislative mandate to provide a truly national service.

It’s time for America to have two intercity rail passenger operators: The current Amtrak in the eight-state/District of Columbia Northeast Corridor should be matched with a brand-new entity in providing high levels of passenger-oriented services for America west of the Allegheny Mountains and south of Richmond.

Amtrak’s current priority, whether it is staff time, innovation, planning or allocation of fiscal resources, is the right-of-way between Boston and Washington. The reality is that the Northeast Corridor is perceived by the corporation as the prime reason for its existence. The national system serves as little more than a useful political device when it comes time for the public passenger carrier to seek federal subsidies, and now even that fig leaf appears to be headed for the trash bin.

When times are fiscally tough, Amtrak’s long-distance trains provide its current management was a convenient scapegoat on which to blame deficits. It’s a task facilitated by Amtrak’s dysfunctional, opaque, non-GAAP train accounting system, and a political agenda that places the Northeast Corridor as Priority One. A correct accounting that includes capital and fairly distributes overhead (management) costs will demonstrate that the Northeast Corridor isn’t a money-maker as Amtrak claims, and requires substantial federal dollars, making it an overall financial drain. Of course, that deals with the inconvenient truth that some of those states’ commuter lines use the Northeast Corridor far more frequently than does Amtrak’s intercity trains, with generous subsidies from federal taxpayers.

Amtrak’s focus is on this 455-mile stretch of Middle Atlantic-Southern New England main line trackage. That leaves the remaining national system’s 21,000 route-miles across the American West, Midwest and South as an unwanted stepchild. So much for so-called “fly-over country.” Some of Amtrak’s limited focus is due to an East Coast-centric corporate cultural that dominates both staff and board.

From an Amtrak management and board point of view, its concentration on the Northeast Corridor and especially their Acela Express high-speed train service provides a manageable project within the professional capabilities of their current staff. The corporate cultural aspect of the dilemma is harder to quantify, but very real. They ride Northeast Corridor trains. The long-distance trains to Florida, the Midwest and the South appear as oddities with weak constituencies. Ditto for private railcars and charter trains, which Anderson considers “old fashioned” blights, despite their substantial contribution to Amtrak’s bottom line.

It’s so easy for those residing in the bulk of the continental United States to forget that some Northeasterners suffer from a provincialism that regards much of America, even California, Chicago, Seattle or Dallas as a backwater. They vaguely understand that New Orleans, San Francisco, Mobile, Denver and Chicago exist. More often, these far-off locales are out of sight and mind. “The Coast,” “The Far West.” The “Great Plains” or “Deep South” are locales where Northeasterners go on vacation but certainly not where they perceive many Americans live.

As long as that East Coast culture represents the world view of Amtrak managers, the National Railroad Passenger Corporation will be “national” in name only.

The politics is understandable. In the eight Northeast Corridor states, Amtrak and commuter rail are a big deal. Much of the Middle Atlantic States voting public rides trains and makes it known to their elected officials and the press that passenger rail is a priority. Unfortunately, the unintended result is that the national long-distance system is wrongly dismissed as underutilized anachronisms. The negative effect of this orientation is visible on every Amtrak long-distance train, resulting in an inconsistent (at best) and rapidly deteriorating on-board passenger experience.

The removal of dining cars east of the Mississippi River is a classic service downgrade to discourage patronage, making train discontinuance seem reasonable. Old equipment, poorly maintained and staffed by unmotivated employees, is the norm. While most Amtrak employees are highly dedicated and professional, the current poor passenger experience stems from management preoccupied with the Northeast Corridor.

To any impartial observer of the national rail passenger scene, it’s clear that unless a prompt order is made for new long-distance coaches, sleepers, fully-staffed diners and amenity cars, the long-distance national service will wither away within a few years. The present roster of coaches, sleeping cars and diners is on its last legs. Given the huge lead time in ordering any new equipment, the delay by Amtrak management to address this critical need is probably intentional.

Likewise, senior Amtrak management doesn’t even possess the basic budgetary tools necessary to evaluate the costs and expenses of long-distance services. Their current muddled accounting system provides none of the methodologies widely available to regional transit systems, not to mention airlines, to analyze and accurately inform management of the incremental costs of each route segment.

Wildly inaccurate information is disseminated that too often appears to be grossly biased against any passenger trains not based in the Northeast, and likewise prejudiced in favor of Northeast Corridor trains.

As Amtrak critic Andrew Selden points out, accounting gimmicks were designed to minimize the costs and maximize the revenue generated in the Northeast Corridor, preordaining that one will always be perceived as a fiscal “winner” and the other a fiscal “looser.”

As a former transit director, I know that “lying with numbers” is an old trick. It’s the use of seemingly unbiased figures to justify actions that coincide with the agenda preset by staff and well-positioned board members.

While the Northeast Corridor addresses a crucial if limited segment of America’s mobility needs, current Amtrak management ignores other regions, particular “the West.” It’s “understood” at Amtrak headquarters that the Northeast Corridor’s infrastructure requirements and operations will be financed by the national system, while California, Illinois, North Carolina, Maine or Pacific Northwest need to be “partnered” with local state funding sources.

Continuing the status quo isn’t only unfair to the other 40 Continental U.S. states; it puts untenable pressure on Amtrak’s staff and board, which are required to serve two competing masters: the Northeast Corridor plus a national system of long-distance trains and “emerging” corridors.

It’s time to dissolve Amtrak. The name “Amtrak” has developed in the public’s mind a negative, bureaucratic connotation akin to the old Eastern Airlines. Why else does Amtrak in the East focus on the conjured word “Acela” (a combination of “acceleration” and “excellence”) to describe its premier service?

In its place, two alternative models are suggested:

Transform the present National Railroad Passenger Corporation into a new, slimmed-down entity. Either it remains in the public sector with new state financial involvement (just like western and southern “state-supported” services are already required to provide) or as a taxpayer-assisted but private enterprise operation. Let’s call it by its brand name ACELA and allocate to it the responsibility of perfecting New England-Middle Atlantic passenger service. The current Amtrak staff that’s so oriented to the Northeast Corridor would be the core of the management team.

Simultaneously, a new railroad passenger corporation needs to be established that we’ll name TRANS AMERICA RAIL. It’ll assume Amtrak’s rights and obligations outside the Northeast Corridor. That entity will operate and secure its share of federal financing for all long-distance and corridor services in America’s West, South and Midwest. It should combine aspects of public funding, perhaps with the service operated line-by-line by private enterprise. Its unionized operating staff—the folks that do the real day-to-day railroading—will retain seniority and job security.

At a time when the need to bind our nation together is crucial, TRANS AMERICA RAIL will benefit from an organization solely focused on its own mission, needs and priorities. The name signifies a fresh start, with its headquarters anywhere but Washington. Chicago, the traditional hub for Western and mid-American rail passenger services, would be a fine, as would St. Louis or New Orleans. With its own board of directors, new management with private-sector hospitality or cruise industry experiences, TRANS AMERICA RAIL would be ACELA’s Western, Southern and Midwestern independent connection, and be the operator for all current state-supported trains outside the Northeast Corridor.

With passenger-centered innovation the watchword, TRANS AMERICA RAIL should lead to new routes and increased frequencies, all with 21st century passenger cars and locomotives operated by a freshly recruited staff, with its management having a private-sector-style customer-first approach.

Politically, if long-distance trains die, national political support for any remaining aspect of the current Amtrak will collapse. The Northeast Corridor will then face the reality that under overdue GAAP-based accounting, it’ll be clear that it too is a deficit generator. Northeast Corridor states will then need to fund Amtrak’s true capital and operating deficit.

With a neutral, GAAP-compliant accounting system applying to all rail routes, for the first time, the public and Congress will learn what aspects of the current Amtrak cover their costs, and which need capital and operating subsidies. That’s something even Amtrak’s famously hands-off board doesn’t know.

This “two Amtrak” concept is a win-win for all except current management employees at Amtrak’s Washington headquarters who may find many of themselves redundant.

Rail labor will benefit. Not only will there be no layoffs of operating personnel, there is a good prospect of additional employment associated with more routes and greater frequency. Certainly the manufacturing sector will benefit from equipment purchases replacing worn-out long-distance passenger cars and locomotives.

Small town, rural America wins with TRANS AMERICA RAIL, a new entity focused on long-neglected needs. Northeast Corridor states win with ACELA, an operation not distracted by what’s proved to be an incompatible union with a long-distance system.

Analyzing this concept should cause many in the rail community to ponder Amtrak’s current dysfunctional structure and understand long-term implications, including the ultimate demise of long-distance trains. A vigorous public conversation will have the salutatory side effect that Amtrak’s current Northeast Corridor-focused management will never again take the 40 Western, Southern, Midwestern and rural New England states for granted.

Dick Spotswood is the former Secretary of the California Railroad Passengers Association, a past director of the Golden Gate Bridge, Highway & Transportation District, current chair of Classic American Railcars and Politics & Government columnist for the Marin (daily) Independent Journal, the paper of record of Marin County, Calif. 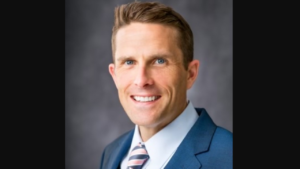 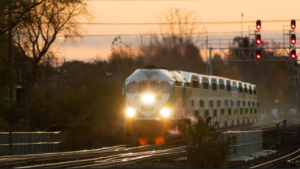