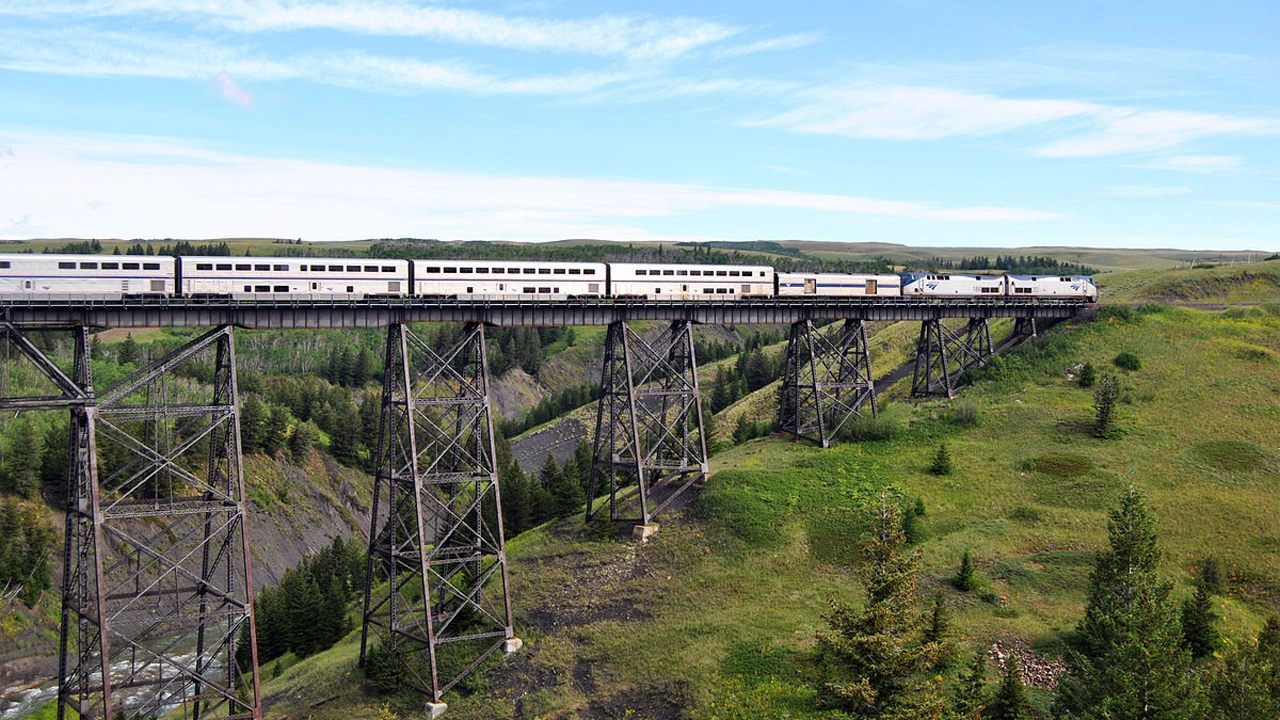 Years ago, the Minnesota Association of Railroad Passengers ran an experiment. It published a quarter-page print ad in a weekly “shopper” newspaper in a small town in North Dakota served by the Empire Builder. The paper laid out the ad for free. It had no glitz, no slogans, just hard information: when and where the train went, where it connected to others, sample fares, onboard amenities, and the local station address and telephone. No “800” number, no web address, no ad agency fees. The ad ran four weeks in mid-Fall, when coach seats are abundantly available.

The local Amtrak agent (remember them?) monitored the results. The agent was astonished at the number of calls and visits to the station (which tapered off starting about two weeks after the insertions ended). Many in this small town and its hinterland said they were unaware that the train even existed, or where it went. Sales skyrocketed. Incremental sales over the baseline at this one station during the experiment accounted for a 1,700% return on the cost of the four print ads.

Two things have been manifest ever since W. Graham Claytor, Jr. left the helm at Amtrak roughly 25 years ago: Its subsequent leadership hasn’t understood the company’s mandate or its business environment and opportunity, and the company’s executives mistakenly believe that their only route accounting system portrays accurately the financial results of operations of various business segments. It doesn’t.

Suffice it to say that the APT costing system that management uses is not a financial accounting system, is not compliant with GAAP (Generally Accepted Accounting Principles), and therefore cannot, and does not, report the financial results of operations of any train, route, or group of routes.

The result is that Amtras’s largest and most commercially successful business segments languish, starved of capital and unable to exploit sterling growth opportunities, while capital provided by taxpayers is lavished upon the smallest and least commercially successful business segment, where historic ROI has been negative. This is the segment least capable of growth.

Given Amtrak’s tiny market share (it produces fewer annual passenger miles than do motorcycles), growth is a survival imperative to create social relevance for passenger rail. Growth should be pursued where it is easy, inexpensive and the most remunerative.

It is well-established that interregional trains as a group carry the most intercity passengers, generate the most annual passenger–miles, have the highest load factor, and in their respective corridors have the greatest market share for intercity passenger transport, of any trains Amtrak operates. They have by far the highest return on invested capital. And, according to ex-CEO Wick Moorman, echoing Graham Claytor’s public expressions, they produce the only real annual profit. These are the trains that objectively warrant aggressive investment, growth and exploitation. But how to do that seems challenging, due both to inherent constraints of operating as an unwelcome and perhaps un-remunerative tenant on other people’s industrial property, and to false perceptions that the shorter corridors are more attractive investment prospects.

Closer examination shows that the interregional business can be expanded faster, easier, more confidently, more lucratively and far less expensively than any short corridor. Let’s explore ways to do that.

Growth can come from organic growth—pushing more sales through existing channels—and from scale growth—adding channels. Interregional trains easily can do both.

Organic growth can occur only where inventory exists or can be added in existing channels. That will be hard to do with ultra-high-value sleeping car sales because relatively little unsold inventory exists. A larger fleet is necessary. That is not the case with coach seats, where off-peak season sales plummet. But that occurs in a marketing vacuum. Amtrak makes no effort to promote and sell coach seats on interregional trains in slack periods, and in fact would rather withdraw inventory by suspending car-lines than trying to sell the seats.

So let’s start here with the low-hanging fruit.

The North Dakota off-season local ad experiment can be repeated everywhere interregional trains call at smaller communities (the ad money would be wasted in larger metro areas, buying impressions with large numbers of people who are not candidates for interregional coach rail travel). Small-market print ads are effective, inexpensive and easy to do, even by in-house marketing staff.

Awareness and purchase intent also can be stimulated by promotional activities. This list is very long, but one simple example is to give two seats each to small town radio stations to use in contests and sweepstakes, in non-overlapping communities all across the route of a train.

It goes without saying that infrequent rail travel by many people will result in strong impressions, and word-of-mouth transmission of those impressions to many, many more people. That impression had better be positive, and that means that Amtrak needs to stop stripping away the amenities that make longer-distance rail travel attractive in the first place. One example: People whose trips on average cover several meal periods cannot reasonably be expected to make do with junk food from a snack bar. They don’t want or need five-star fine dining, either, but “airport food” in a cardboard box is not the answer. It is a false economy.

Amtrak’s pricing policy in its surviving dining cars is foolish because it deters coach usage of the service and thus longer-distance coach travel altogether. When the diner is there already to feed sleeping car passengers, and paid for by transfers from sleeper revenue accounts, incremental use by coach passengers can be highly profitable because it need cover only the direct variable cost of food and utensils, and incremental labor costs only if a server is added. Everything else is already covered. Dining car menu prices should be cut by half.

Other simple innovations will contribute to organic growth. One would be to turn two or three seat pairs in each coach into facing pairs better to accommodate families and groups traveling together. Cost: zero.

The business class (premium coach) car on the Coast Starlight has been largely ineffectual, but that and other one-night trains (e.g., the Atlantic Coast Corridor trains, the Capitol Limited and City of New Orleans) could add a premium coach in an underutilized coach carbody fitted instead with second-hand (i.e., cheap) airline business class flat-bed recliner seats to create a product and price point between coach and sleeping car.

Scale growth of potentially huge volume is also available in interregional markets, easily within the constraints of the existing trunk railroad industry.

First and most obviously, adding cars to existing trains does not challenge rail infrastructure. Every western train needs and can sell out additional sleeping car inventory, year-round. These new cars can be leased rather than purchased, and could be “wet”-leased with long-term warranty/service contracts by the manufacturer. Many western trains already double-stop smaller stations, so that is not an added burden. Added traffic in the diner can be easily accommodated, and the highly successful 24-hour dining car service pioneered years ago on the Sunset Limited could also be re-launched. Amtrak ignored that, too, despite turning the diners into actual profit-centers.

Next is the biggest growth driver possible: expanding the scale of the network through individually small additions to the interconnectivity of the existing route system. These are not “new routes” in the conventional sense, but small enhancements to the existing network, which nevertheless drive exponential (not merely additive) growth. These examples illustrate the concept, but many other possibilities exist all across the system.

Computer modeling of modest enhancements like these to the Southwest Chief route several years ago predicted that with no change in on-board service and no change in rates of market penetration, i.e., do what we are already doing, just do it in a larger O/D market matrix, would multiply average daily ridership on the stem train of the Chief by a factor of six. Yes—that requires a second train, and that in turn a new commercial arrangement negotiated with the host railroad. Adding a second daily train also adds further to ridership growth. These are normal challenges of real growth. They are positives and can be managed, not reasons to shy away from growth. Amtrak’s inability or unwillingness to exploit easy growth opportunities does not mean that these opportunities are not there for the taking.

Amtrak’s obsessive fixation on carrying mostly commuter traffic in the Northeast Corridor with only a tiny market share but at a public subsidy cost exceeding $1 billion dollars a year, combined with its self-inflicted dependence upon the deeply-flawed APT costing system, blinds it to these and many other lucrative, low-cost, high-ROI growth opportunities throughout its national network.

Amtrak itself stands between America and the passenger rail network America wants and could have.