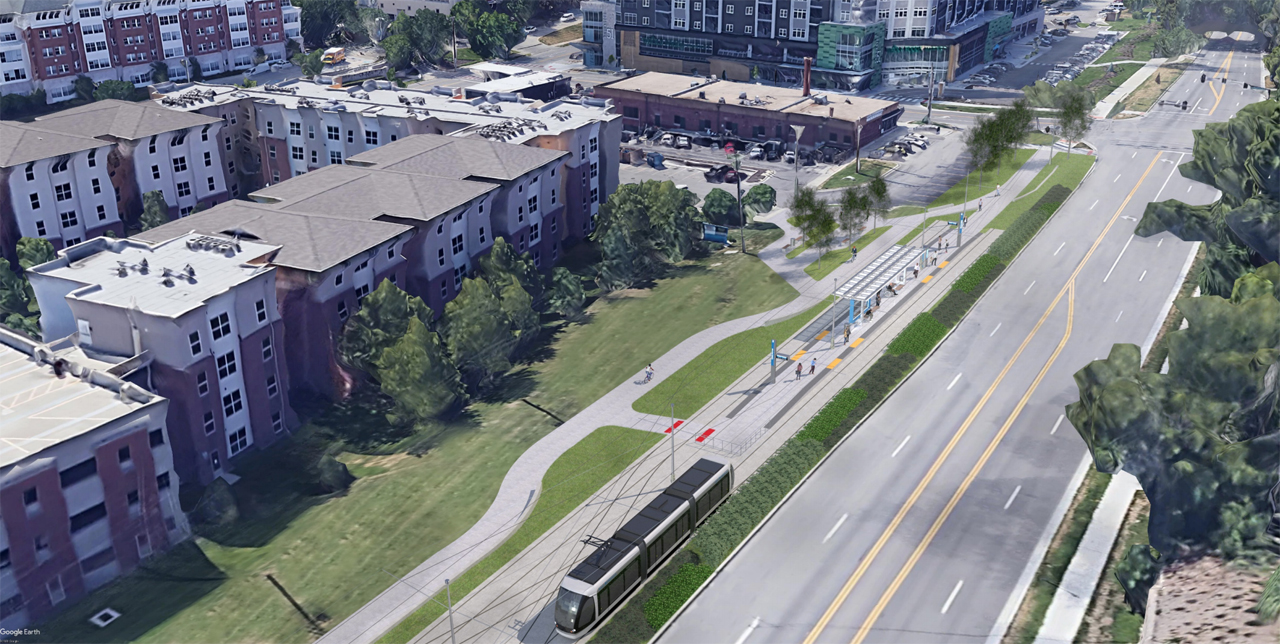 The Kansas City (Mo.) Streetcar Main Street Extension Project, which is in the Engineering phase of FTA’s CIG program, has been allocated another $49.2 million so the existing Kansas City Streetcar can run from its current terminus at Union Station 3.5 miles to the University of Missouri-Kansas City (rendering above).

Two of the projects receiving an allocation have an existing Full Funding Grant Agreement (FFGA). The remaining five, FTA said, are “advancing toward readiness to receive a construction grant agreement under the CIG Program.” Those projects must meet additional requirements before a grant can be awarded.

The Transbay Corridor Core Capacity Project (San Francisco, Calif.) and the Minneapolis (Minn.) Southwest Light Rail Project, which both received FFGAs in September, have been allotted $250.7 million and $100 million, respectively.

The other projects to which FTA is designating funding are:

• Phoenix (Arizona) Northwest Extension Phase II Project, $49.4 million (FY2021). This New Starts project is in the Engineering phase of the CIG program. It will extend the Valley Metro light rail system 1.5 miles from the existing terminus in Northwest Phoenix to the Metrocenter Mall. (The project also recently received a FTA TOD grant.)

• Kansas City (Mo.) Streetcar Main Street Extension Project, $49.2 million. This New Starts project is expected to receive a FFGA in January. In the Engineering phase of the CIG program, it will extend the existing Kansas City Downtown Streetcar from the current streetcar terminus at Union Station 3.5 miles to the University of Missouri-Kansas City.