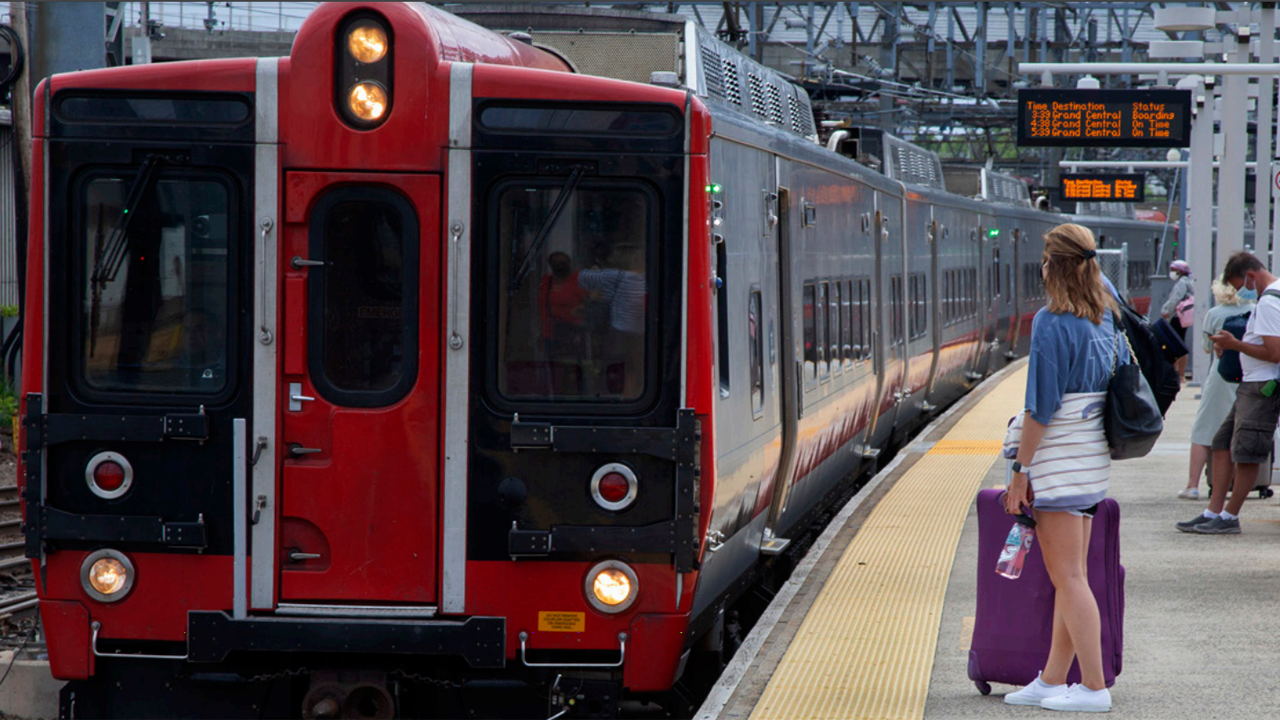 Connecticut Gov. Ned Lamont and Connecticut Transportation Commissioner Joseph Giulietti have introduced a new passenger rail plan to boost capacity and improve frequency and travel times in Connecticut over the next 15 years.

Time For CT (download brochure below) is expected to save New Haven (Conn.)-New York City commuters up to 10 minutes by 2022, and up to 25 minutes by 2035. The plan, the officials said, will invest in infrastructure—using existing assets and staying within the existing right-of-way—and in the railcar fleet. It will also reduce the impacts of climate change “by attracting more people out of their cars”; “improve the resiliency of the New Haven Line”; and generate an estimated 45,000 direct construction jobs.

The plan is based on the Connecticut Department of Transportation’s (CTDOT) New Haven Line Capacity and Speed Analysis Study, for which research was conducted in 2019 (download below).

The plan will require a capital investment of $8 billion to $10 billion. Where will the money come from?

“We will look to every program that exists today [for funding],” Commissioner Giulietti said during the June 21 announcement. “We’ve always been successful and the federal government has acknowledged that when additional funds were available, they made them available to us because we could deliver, and we have every single year. And we will not stop until we get the support and funding that we need…. So Washington is an important piece of the funding puzzle. We can’t rebuild Connecticut infrastructure without a federal infrastructure bill, and we can’t improve Connecticut’s rails without federal partners.”

Gov. Lamont noted that the state funding piece could come, in part, from bonds.

The state’s partners include Amtrak, MTA Metro-North Railroad, the labor and construction industry, the Federal Railroad Administration (FRA), and state and federal legislators.

“Total partnership is essential to realize the vision of new, faster train service to both Grand Central Station and Penn Station,” according to Gov. Lamont and Giulietti.

Some of the infrastructure work needed for the plan is already under way, such as straightening track curves, improving moveable bridges and creating sidings, Giulietti said.

Giulietti reported that the 10-minute savings in travel time will come, in part, from signal improvements and running additional express trains.

“I am thrilled to join Governor Lamont and the Connecticut Department of Transportation in celebrating the New Haven Line speed enhancement and capacity study, TIME FOR CT, through which we can realize travel time savings by as early as next year,” Rep. Rosa DeLauro (D-Conn.) said. “With this plan and our strong federal, state and local partnerships, we will be able to make robust improvements in Connecticut’s rail service that increase safety and foster sustainable economic growth. As Chair of the House Appropriations Committee, I will continue working to increase federal investments in Connecticut’s transportation system to develop safe, reliable, fast rail service throughout the state.”

“Public transportation is the lifeblood of our economy and at this critical moment, we need to invest in faster trips for Connecticut commuters,” Metro-North Railroad President Catherine Rinaldi said. “TIME FOR CT ticks every box—helping to improve service and cut down on travel times while protecting the environment. Funding it should be a top priority for legislators.”

“By investing in infrastructure improvements, our new high-speed trainsets and other service amenities, Amtrak’s Connecticut customers, including residents and visitors, will experience significant benefits when traveling by train throughout the state, including time savings,” said Caroline Decker, Vice President of Amtrak’s Northeast Corridor Service Line and a 2017 honoree of Railway Age’s Women in Rail program. “We thank our state and local partners who also share the vision of improved speeds and rail service expansion, to better serve the citizens of Connecticut and the region with strategic investments in rail infrastructure as will be realized through the New Haven Line vision and plan.”

“Stay tuned,” Commissioner Giulietti concluded. “What you are seeing now is just one piece of an entire plan for the Northeast Corridor being developed with our sister states and partners. There’s more for the region to come.”

The Time For CT plan announcement came as Metro-North added 24 new peak trains to its schedule: eight each on the New Haven, Harlem and Hudson lines. The move brings service to 67% of pre-pandemic levels, from the 63% that has been in place for a year. A more significant service change, which will increase service to 83% of pre-pandemic levels during the week and 70% of pre-COVID levels on the weekends, is slated to take effect on Aug. 29, according to Metro-North.