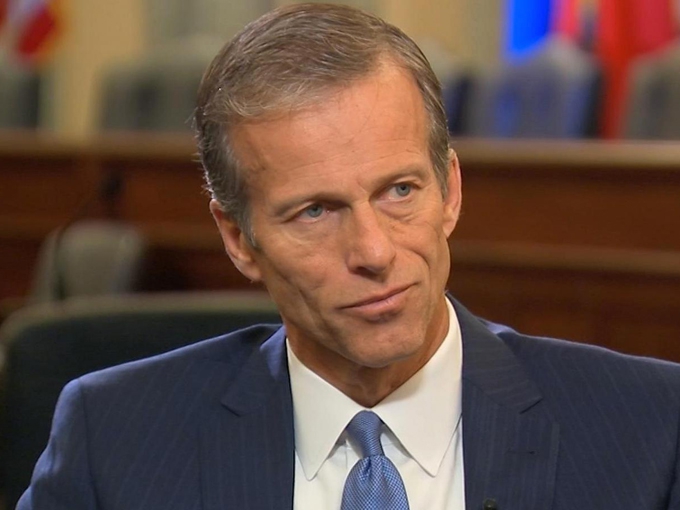 On. Dec. 21, U.S. Sen. John Thune (R-S.Dak.), Chairman of the Senate Committee on Commerce, Science, and Transportation, took to the Senate floor to voice his support and call on his colleagues for unanimous consent to confirm the nomination of Ronald Batory as Federal Railroad Administrator. Once again, Senate Minority Leader Chuck Schumer (D-N.Y.) played the spoiler.

“I rise today to voice my strong support for the nomination of Ronald Batory to be Administrator of the Federal Railroad Administration at the Department of Transportation, and to voice my deep frustration that this non-controversial, highly qualified nominee has been languishing in the Senate for over four months due to objections by a handful of Democrats over a parochial issue entirely unrelated to the nominee’s qualifications.

“The Commerce Committee held a hearing on his nomination on July 26, 2017, and reported his nomination favorably out of Committee – with a unanimous voice vote – on August 2, 2017. At that time, not a single Senator on the Committee, Republican or Democrat, expressed any doubt about Mr. Batory’s extensive expertise on rail safety issues.

“Mr. Batory has over 45 years of experience in the railroad industry – in both management and operational positions – and he is a respected leader in driving organizational change and, most importantly, advancing safety improvements. In fact, Railway Age called him non-controversial and said, “He’s the best-qualified person to be the Federal Railroad Administrator in a very long time, perhaps in the agency’s history.”

“Yet despite his unanimous approval from the Committee, he has been blocked from assuming his leadership duties at this important safety regulatory agency. The FRA has critical safety decisions to make on a daily basis, and the agency needs strong strategic direction and management on time-sensitive safety issues. A Senior Advisor – Mr. Batory’s current role at the DOT – does not have the same legal authority or ability to lead an agency, as does a Senate-confirmed Administrator.

“It is time to stop hamstringing Mr. Batory and get him confirmed so that he can operate at full capacity.

“Unfortunately, it appears that we will not be able to do that without once again engaging in the cloture process on a non-controversial nominee. This takes up valuable floor time that could be spent on other priorities, yet it will undoubtedly still lead to him being confirmed by a large, bipartisan majority of the Senate.

“This pattern of obstruction, burning up a week or more of time to confirm two or three nominees who end up with overwhelming cloture and confirmation votes, must end.

“The Batory nomination is also significant for another reason. Earlier this week, we saw the terrible tragedy of the Amtrak Cascades 501 derailment in Washington. Our heartfelt thoughts and prayers are with all of those affected, especially during this holiday season.

“As the NTSB continues its ongoing investigation, we will learn more about the causes of this derailment and the measures that might have prevented it. To be clear, the tragic events of this week were not caused by a vacancy at the helm of the FRA, but the Senate must act now to install a leader at this agency to advance any safety solutions and oversight found to be needed as a result of the accident.

“To date, much of the discussion surrounding this accident has been focused on positive train control or PTC. While it is still early to know what, if any, impact PTC would have had on this accident, I could not agree more with the Democratic leader [Sen. Schumer], who earlier this week said ‘we need Positive Train Control.’ He went on to say that ‘the federal Department of Transportation is not pushing federal PTC hard enough.’

“If he truly believes DOT needs to do more, however, why is he, along with a few of his colleagues, standing in the way of Mr. Batory’s confirmation? After all, Congress has tasked the FRA administrator with providing the oversight and strong push that will be needed to ensure railroads meet next year’s December 31, 2018 deadline for full PTC installation and training.

“The Commerce Committee expects to continue to play its role in conducting strong oversight of PTC implementation, including holding a hearing in 2018. However, what I do not expect the Commerce Committee to do is grant any further change to the PTC deadline framework established in current law.

“That is why we need Mr. Batory. When finally confirmed, he will play a significant role in pushing expeditious and successful PTC implementation.

“This is not just the view of the Commerce Committee, which, again, approved Mr. Batory unanimously, but also of the rail professionals who advance safety on-the-ground. The States for Passenger Rail Coalition, which consists of 25 state Departments of Transportation, wrote in July:

“‘The issues facing the railroad industry today are significant, and it is vital that we have an experienced, capable and dedicated leader like Mr. Batory, who is willing to work with the states to make the improvements necessary to build a national rail system with an emphasis on increasing mobility and reliability, while enhancing safety and security now, and in the years to come.’

“Likewise, rail labor – representing conductors and communication workers – and other industry groups urged the Senate to proceed to Mr. Batory’s nomination ‘as soon as possible,’ stressing ‘the importance of having Mr. Batory’s expertise and leadership at the agency responsible for railroad safety.’

“That letter was written in September. It is now December. There is no reason for this delay. I ask unanimous consent that both of these letters be entered into the record.

“We have had an immensely qualified leader, Ronald Batory, ready to lead an important safety agency for over four months. The time for playing political games with the leadership of this railroad safety agency should be over. It is long past time that my Democrat colleagues end the obstruction, and this body must confirm Ronald Batory.”

Unanimous consent was then called for. Schumer objected, so the vote was not brought to the floor.

Under Senate Rules, a single Senator can hold up a confirmation vote. There are provisions to override this through a complicated and time-consuming voting procedure called cloture, also called the “Nuclear Option” because it violates Senatorial courtesy. Cloture was recently used to confirm Derek Kan, whose confirmation as Under Secretary of Transportation for Policy was also put on hold by Schumer. So far, Senate Majority Leader Mitch McConnell has chosen not to invoke cloture to override Schumer’s objection to Batory. McConnell is DOT Secretary Elaine Chao’s husband.

Another option: When the Senate is in recess next week over the Christmas holiday, President Trump could use his Constitutional authority to make a recess appointment of Batory as FRA Administrator, which would be in effect through the end of 2018. Presumably, Batory would be confirmed at some point during the year, provided Schumer decides to stop playing political games to obtain federal funding for the Gateway Project, or if cloture is invoked.