“We are running 1919 through its paces,” Babcock explained. “We’re operating it with 17,000-ton coal trains, intermodal trains, and in yard switching service. It’s got lots of power and is very versatile.” He noted the “ease of working with the Cummins technical staff.”

The QSK95 is also the power plant for the Siemens Charger higher-speed, 125-mph diesel-electric locomotives that are being built for a five-state HrSR (higher-speed rail) initiative encompassing the departments of transportation of Illinois, California, Michigan, Missouri and Washington. Charger locomotives will also power the trainsets for All Aboard Florida’s soon-to-debut Brightline passenger service. Maryland’s MARC recently ordered eight Chargers.

“This signifies another major milestone for the production of Brightline’s trains as the company has now approved production for all locomotives currently being built by Siemens,” said Brightline Senior Vice President of Railroad Operations Gene Skoropowski.

In addition to firing up its diesel engine for the first time, approximately 45 systems were tested on the locomotive. Among them: functional tests of the air and dynamic braking systems; software installation for all systems; locomotive doors; fire detection systems; audible warning devices; communication systems; interior and exterior lighting; and zero-fuel and fully fueled weight verification. Static and dynamic testing occurred over a three-week period.

“Operation of the locomotive and its passing of initial track testing has demonstrated Siemens’ engineering expertise and given us a high degree of confidence that Brightline service will be exceptionally reliable,” said Skoropowski. “Brightline will be the only passenger rail service in the country to have such dynamic and modern trains that will offer Americans a new and modern experience in train travel.”

“Testing these advanced-technology locomotives for Brightline is an extremely important milestone in our production process and helps ensure these trainsets are ready to provide safe and reliable service for future riders,” said Siemens Rolling Stock President Michael Cahill. “The successful on-site testing in Sacramento is truly a testament to the highly skilled work being done by our engineers and plant employees that have worked tirelessly to design and manufacture these trainsets.”

Brightline trainsets are being built by nearly 1,000 employees at Siemens’ 60-acre rail manufacturing hub. Siemens has also developed a base of U.S. rail suppliers to support the next-generation of rail manufacturing for Brightline, including components from more than 40 suppliers across 20-plus states. The company will also be providing maintenance for the trainsets when they are in operation in Florida, supporting full-time employment for approximately 70 Siemens and 40 Brightline employees.

The first completed trainset is expected to leave Sacramento and be delivered to Brightline at its West Palm Beach maintenance facility later this year. Brightline is scheduled to begin express higher-speed intercity service linking Miami, Fort Lauderdale and West Palm Beach on the Florida East Coast Railway main line in mid-2017. Brightline says it is “the only privately owned, operated and maintained passenger rail system in the United States.” It is operated by All Aboard Florida, a subsidiary of Florida East Coast Industries. 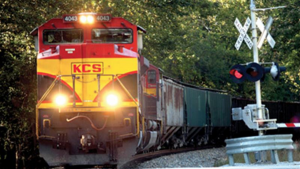