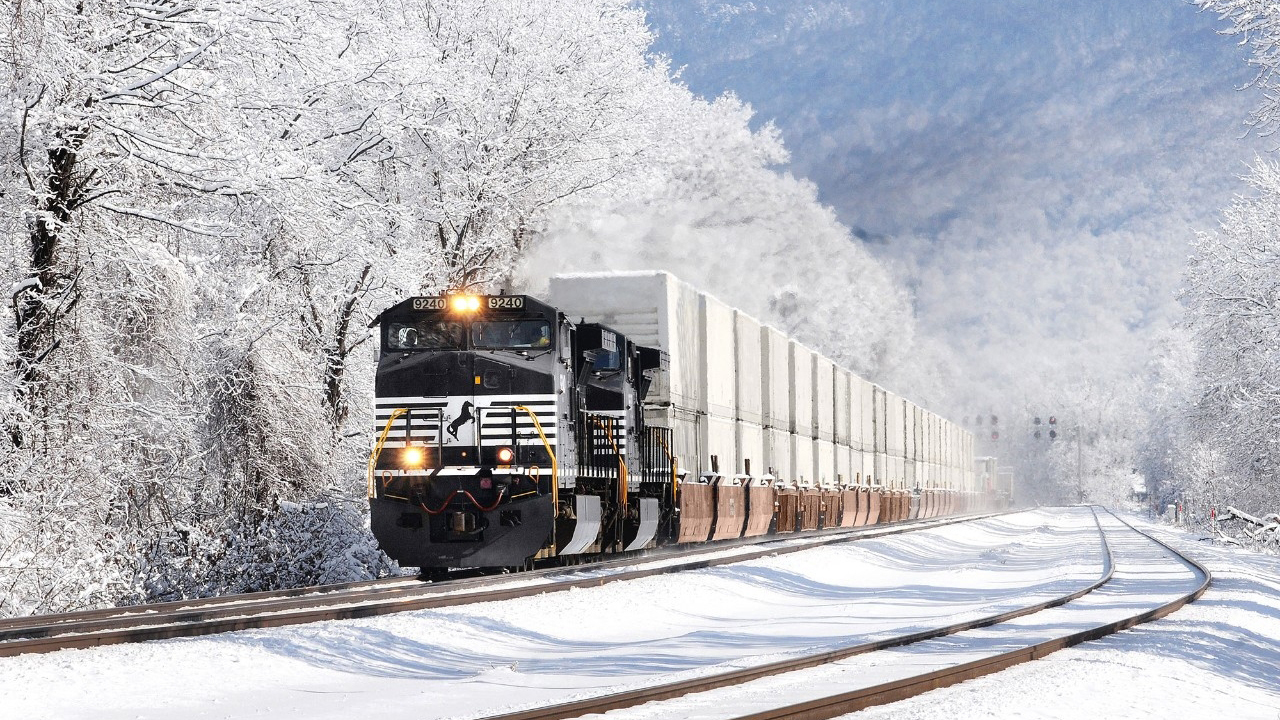 At Cowen and Company, we are updating our rail models to reflect carload data and costs associated with severe weather and fuel in the first quarter.

While demand rebounded following widespread winter storms, we have lowered our expectations for volumes and margins. The second quarter has far easier year-over-year comparisons, and second-half 2021 should be bolstered by rising pricing and an industrial recovery. Canadian Pacific (CP) and Kansas City Southern (KCS) remain focus stocks around the proposed merger transaction.

Quarter-to-date, total carloads are up 3.5% for the U.S. and Canadian carriers, led by agricultural products, which are up 13.3%. Grain has been particularly strong quarter-to-date, up nearly 28%. Non-metallic minerals and products as well as motor vehicles and equipment experienced the greatest declines in the quarter, down 12.1% and 10.1%, respectively. Carload volumes in the first quarter have been growing sequentially, following the mid-February storms in the North and South where volumes declined 16.4% sequentially. Multiple railroads stated that January was a record month, and while weather caused challenges, demand bounced back quickly and some volume may roll into quarter two.

— “A strong demand environment sets up the railroads well as we enter the second quarter.” —

Following our “State of the Ports” call (with industry leaders who collectively make up nearly 40% of container volumes), there was a clear consensus that volumes have not slowed down, and there is a strong belief that strong demand will continue through at least quarters one and two. Aside from uncontrollable winter weather that impacted the railroads, a strong demand environment sets up the railroads well as we enter the second quarter, which also offers easy comparisons. For the back half of 2021, we look for a rebound in the industrial economy as well as benefits from intermodal price increases.

We modestly brought down first-quarter ORs for the railroads as severe weather drove increased costs primarily on comp/benefits, purchase and materials, and fuel. When speaking with industry contacts, we have heard that, broadly speaking, a lot of transportation companies were not prepared for the severity of the winter, since winter 2012 was the last one of real significance. Rising diesel fuel prices—up approximately 17% sequentially from the fourth quarter—have also had a negative impact on margins as the railroads typically have anywhere from a four- to six-week lag in recovery. We were encouraged that, despite this, the railroads remained confident on a full-year perspective and highlighted positive signs of a strong economy.

Given the economic backdrop, strong tailwinds of intermodal and steady growth in volume, we increased our rail multiples by one turn, while modestly adjusting our 2022 estimates for CN, CSX, KCS, Norfolk Southern (NS) and Union Pacific (UP) (see chart below). Our price targets are based on our 2022 EPS estimates—apart from CP and KCS, due to the pending merger. Our 2022 EPS estimate for KCS decreased by $0.20 as a result suspending buybacks due to the merger. We maintain Outperform on CP, KCS, NS and UP, and Market Perform on CN and CSX.