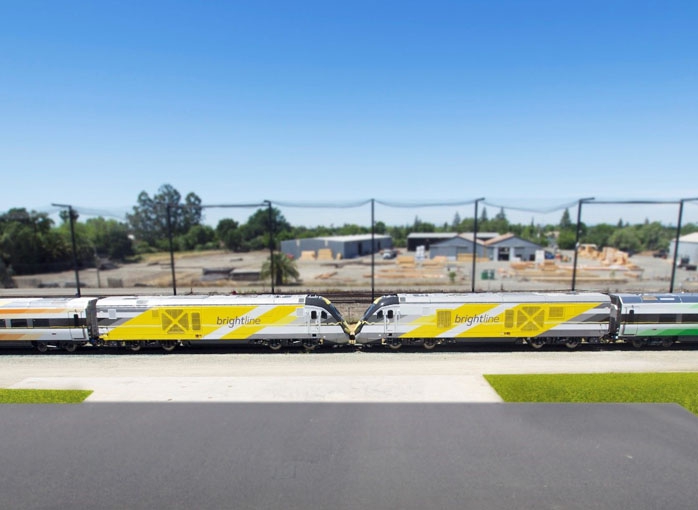 The third and fourth trainsets to join the roster – BrightGreen and BrightOrange, in company parlance – departed the Siemens manufacturing facility in Sacramento May 5 for the 3,052-mile journey to the railroad’s Workshop b in West Palm Beach, Fla.

It is the first time two Brightline trains are being delivered together. Brightline said the trains are 100% Buy America- compliant, utilizing components from more than 40 U.S. suppliers in 20 states.

“Our Florida team looks forward to welcoming BrightGreen and BrightOrange to their new home as we continue with preparations to launch our service this summer,” said Brightline Chief Executive Dave Howard.

Trainsets BrightBlue and BrightPink were previously delivered to Brightline’s Florida operations facility. The fifth and last trainset, BrightRed, is under construction at Siemens and is expected to be delivered in mid-June.

Brightline, which has not yet released ticket prices, plans to begin introductory express service between West Palm Beach and Fort Lauderdale in late July, with initial service to Miami added in late August. Full service is planned for launch in September.