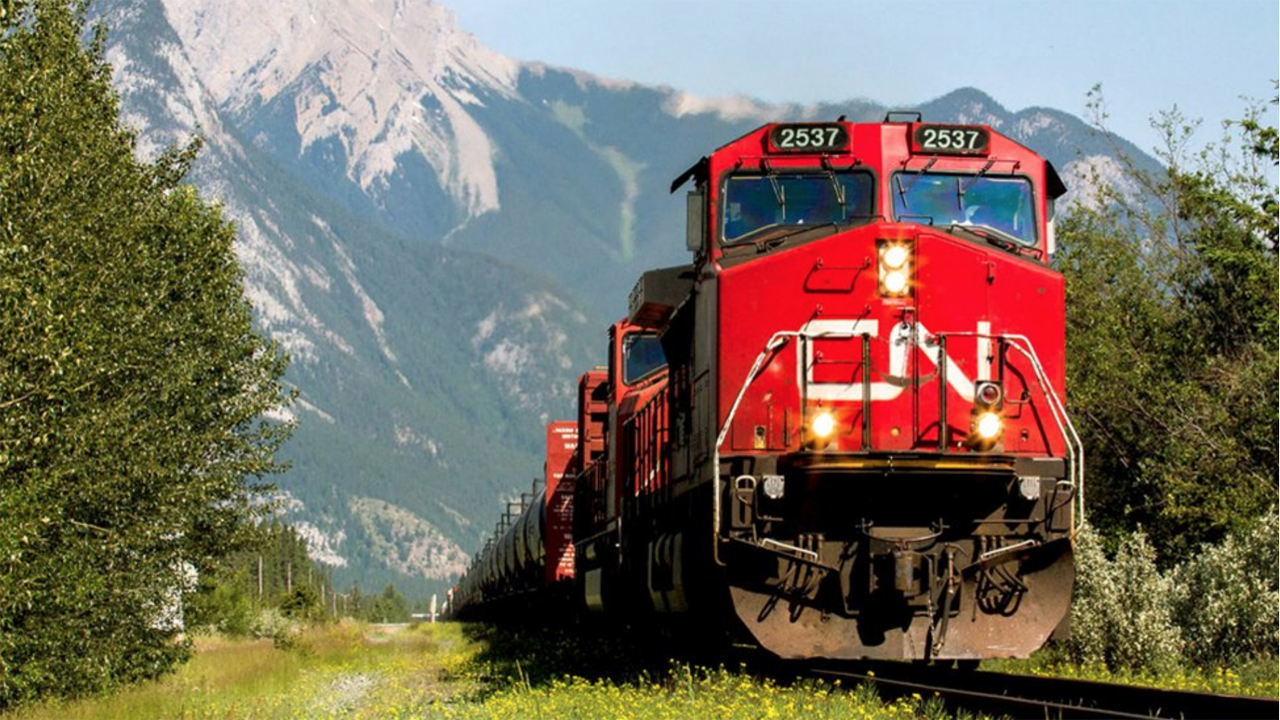 “Our team has the network running well, demonstrating improvements in service levels to our customers, driving greater velocity and generating strong financial results,” CN President and CEO Tracy Robinson said during a second-quarter 2022 financial report. “We are preparing for a busy fall and are well positioned to achieve our 2022 outlook.”

CN on July 26 reported “record” revenues of C$4.344 billion for the three-months ended June 30, 2022, up 21% (an increase of C$746 million) from the prior-year period. This is “mainly due to higher applicable fuel surcharge rates, freight rate increases, higher Canadian export volumes of coal via west coast ports, higher volumes of U.S. grain, and the positive translation impact of a weaker Canadian dollar; partly offset by significantly lower export volumes of Canadian grain,” according to the Class I railroad.

Revenue ton-miles (RTMs), measuring the weight and distance of CN-hauled freight, grew by 2% compared with second-quarter 2021, “despite a 40% decline in Canadian grain shipments,” the railroad said. RTMs were down 2% in Western Canada; they were up 1% in Eastern Canada and 13% in the U.S.

• Operating expenses of C$2.575 billion increased by 16% from second-quarter 2021. This was “mainly driven by higher fuel prices and the negative translation impact of a weaker Canadian dollar; partly offset by lower average headcount,” CN reported.

• Car velocity (or car miles per day) improved by 2% over second-quarter 2021, and through dwell (entire railroad, hours) improved by 6%, CN said.

Looking ahead, CN confirmed that it still expected to deliver approximately 15%-20% adjusted diluted EPS growth in 2022; a full-year operating ratio below 60%; and a ROIC (return on invested capital) of approximately 15%. Additionally, it said it was “planning for full-year low single-digit volume growth (RTMs) with a normalized Canadian grain crop this fall.” Capex is slated to remain at 17% of revenues.

The railroad noted that it was putting resources in place for second-half 2022 volume growth. This includes 47 newly acquired locomotives that will be in service by September; 500 new grain hoppers that were delivered in first-quarter 2022 and will provide additional handling capacity to support “a normal Canadian grain crop”; and network investments that include four sidings projects and 16 miles of double track to enhance Western Canadian capacity. CN said it had an approximately 850 net increase in total headcount since the end of fourth-quarter 2021.

For more details, visit the investors’ section of CN’s website.

“CN reported a second-quarter above our forecast and consensus expectations as operating ratio (OR) improvement is outpacing its counterparts thus far; continued operating leverage and volume growth in the second-half get us to slightly above the high end of management’s EPS outlook,” reported Cowen and Company Managing Director and Railway Age Wall Street Contributing Editor Jason Seidl. “CN is bullish on the opportunity of the Halifax port partnership, which could help future intermodal volume growth if successful. PT to $128. Reiterate Market Perform.”

• “Second-quarter adjusted EPS of $1.93 CAD came in above our forecast and the consensus figure of $1.73 CAD. Revenues grew 21% to a record $4.3 billion as a 21% increase in yields easily overcame relatively flat volumes in the second quarter. OR improved 260 bps which helped propel operating income 29% to a record $1.8 billion. The OR improvement was roughly in line with our estimates and could have been even better if not for rising fuel expenses (up approximately 70% year-over-year), which weighed heavily on margins. The company generated $1 billion in free cash flow in the second quarter, up $250 million year-over-year.

• “Carload volumes remained relatively flat in the second quarter due largely to significant headwinds from grain and fertilizer. Management guided notable improvement in Canadian grain production in the second half, in line with our modeling assumptions. Volume is also expected to be aided by improving service metrics. On-time train departures were up 14% year-over-year in the second quarter and car velocity reached 2017 levels. Strong grain recovery and fluidity improvements are expected to facilitate low-single digit RTM growth for the year. We were encouraged by management’s assurance that no demand-side volume slowdown has been observed and capacity remains booked through the fall.

• “Pricing remained particularly robust in the second quarter, which, along with increased fuel surcharges, drove revenue/carload growing 21% year-over-year. We are encouraged by management’s emphasis on ‘inflation plus pricing’ in contract renewals and by optimism on continued coal pricing power in the second half. While management held back on detailed guidance on pricing, it was noted that the tailwind to yields from storage fees will ease as the supply chain regulates in the second half.

• “CN’s partnership with the PSA Halifax was discussed in detail on the call as the rail giant plans to densify its network in the east. With Halifax operating at approximately 50% capacity, volume shifting to Southeast Asia and congestion on the West coast, CN identifies significant growth potential on the East. As it is too early to gauge commitments and volume growth potential arising from the partnership, we acknowledge that freight could be gained at the expense of ports out West given they’ve been pain points for shippers over the past
two years.

• “Despite optimism on volume, demand conditions, velocity and pricing, management refrained from raising guidance, reaffirming EPS growth of 15%-20% and OR in the 50s in 2022. We come in on the high end of guidance, modeling 2022 EPS growth of 23%.