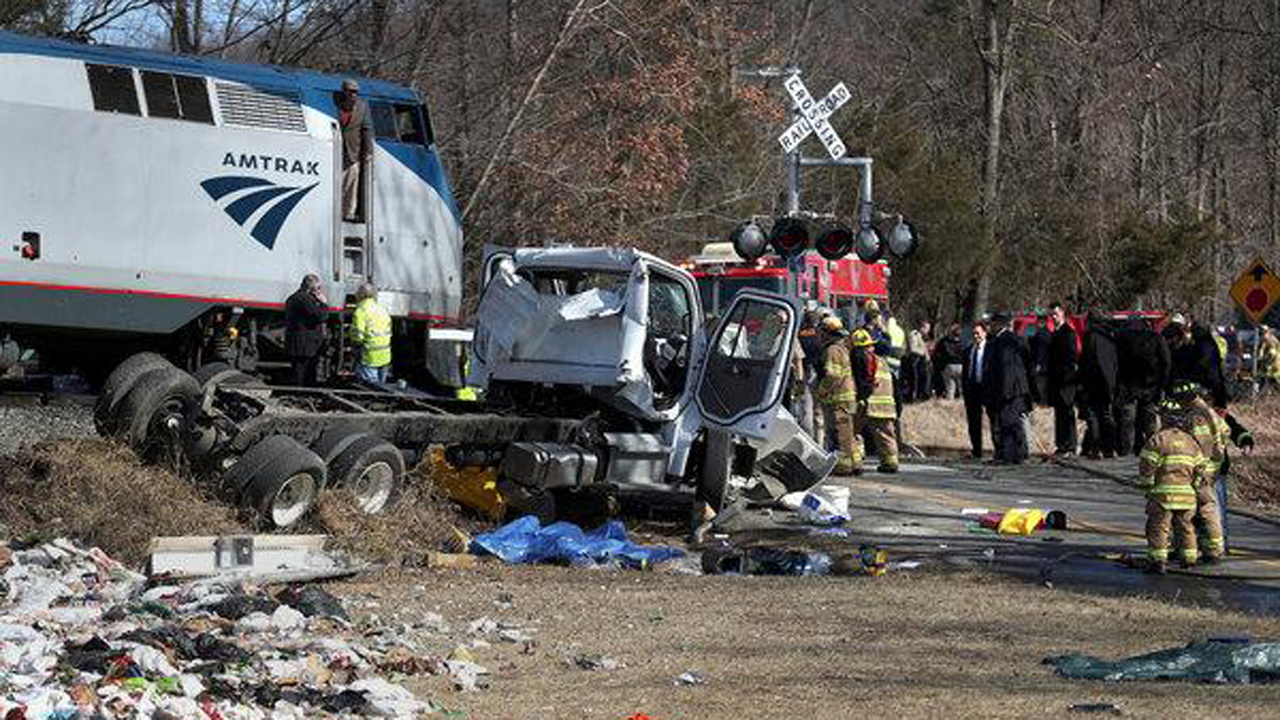 On June 8, the Associated Press reported that Virginia authorities had indicted a garbage truck driver on charges of involuntary manslaughter and driving under the influence, after he allegedly drove into the path of an Amtrak charter train carrying Republican members of Congress, near Charlottesville.

Unfortunately, the incident itself had occurred on Jan. 31—five months earlier.

With the exception of transportation related journals and local newspapers, the crucial findings revealed in this critical update never saw the light of day. Even when it did manage to find its way into the press, the story that had grabbed headlines and startled millions of people across the country for 48 hours was old news, buried several pages deep. By then, the only thing it was good for was lining birdcages or being shredded for packing.

No one treated this new revelation with the attention the story had initially received, and little attempt was made to correct reporting inaccuracies and dispel unfounded rumors allowed to become part of the hysteria. That’s the way of the media world.

As far as John Q. Public was concerned, the story died two or three days following the crash—another deadly Amtrak crash—as such accidents are almost always characterized, regardless of the circumstances. (And here, I’m not singling out Amtrak. When there’s a trespasser strike or crossing fatality, as long as a train is involved, it’s always a deadly railroad accident.)

As coverage of the tragedy unfolded, the average person heard or read that the National Transportation Safety Board (NTSB) had been called in, so there must have been something really wrong. A local reporter interviewed neighbors who vouched for the character of the truck driver and swore on their family Bibles that the flashing lights and gates either weren’t working, or that they were known to be unreliable. The inference drawn was that those big railroads were cutting corners again to save a buck. There were reports that the train was speeding, so if it had been operated properly, it should have stopped short of the public road crossing and the accident could have been avoided.

What’s wrong with Amtrak anyway? That was the general takeaway from the coverage for the better part of three days.

Had the train been Amtrak’s tri-weekly New York-Chicago Cardinal, instead of a charter train taking VIPs to a retreat at the Greenbrier Resort, it indeed would have remained purely a local, though regretfully tragic, story that might have been given two paragraphs in the statewide news column of the Richmond Times-Dispatch, 70 miles away. However, with medically trained members of Congress heroically attending to the injured, a badly damaged truck leaking fuel, a derailed locomotive cantered across the track and an army of reporters racing to the scene from Washington D.C., the entire affair turned into a three-ring circus. Anyone and everyone who knew what a train looked like got their 15 seconds of fame on cable news. And just like the circus, once the show was over, the tents were struck and the crowd moved on to the next big story.

Coverage was no better earlier, in December 2017, after the inaugural run of Amtrak’s Cascades service on a new bypass failed to slow for a curve on a newly constructed section of track and tumbled down onto lanes of an interstate highway near DuPont, Wash. One media outlet even put out a report that turned out to be a spurious rumor passed along from someone whose sole association with railroads was collecting tickets at a local transportation museum.

In the decades B.C. (Before Cable), if John Chancellor or Walter Cronkite interrupted your regularly scheduled programing for a news bulletin, there was a sudden hush in the room. You expected to be informed of a matter of gravest consequence—the end of the world, or at least part of California falling into the Pacific. You could rest assured, sources were verified, details were known to be accurate and every line in the story was absolutely correct. A news organization’s reputation relied upon it.

In today’s world, immersed in social media and fueled by 24/7 news outlets, mass communication is not only instantaneous but also interactive. Everyone can immediately feed an organization’s worst nightmares to their friends, their local television station, or directly to CNN with a personal electronic device. In a frenzy to be the “first-est with the most-est,” some on-air personalities readily admit that what they’re about to broadcast is not only raw footage, but is also unedited, graphic and possibly disturbing for some viewers. In a desperate effort to remain relevant in the digital age, newspapers themselves have turned to electronic editions, streaming up-to-the-minute headlines, because their own print pronouncements are outdated before the ink dries. The adrenalin rush to be first isn’t always matched by determination to be accurate.

Even more frightening, these stories develop and touch down as suddenly as a Kansas tornado. They dominate the news with intensity for 24 hours, and then miraculously disappear. People only retain the initial burst of information. Weeks later, after rational minds and careful examination of the facts have reached well-founded conclusions and plausible explanations, the results show up with little fanfare, much like a note in a bottle washed up on the shore.

Bottom line: There is a narrow, finite window in which to get your story right, while it can still reach the masses. Beyond that, you’re “tough out of luck—a day late and a dollar short.”

It’s only going to get worse. We live in a world of constantly evolving technology. There is no longer the luxury of stalling network reporters with a promise that you’ll have a statement ready for their use in time for the evening news. They want to go on-air live—now. While we can’t control the news cycle, we can, however, endeavor to see that those who report the news are educated in the realm of railroading, so that their interpretation of events truly reflects what has transpired.

I’ve spent some time on the air and in print since retiring, after being contacted by news organizations hungry to understand the circumstances surrounding a number of recent rail-related incidents that have dominated national news. The CBS Evening News, CNN, MSNBC, the BBC and Canadian television, as well as some major daily newspapers, familiar with my books and columns over the years, have reached out to me. I’ve come to find that, with few exceptions, most of these reporters have had little or no previous interaction with railroads other than as part of their daily commute, or while waiting at a crossing as a long freight train rolls by. They’ve tended to demonstrate an honest eagerness to be accurate in their presentations, and have sought out someone to explain the complexities and untangle the verbiage in which our industry is immersed, so I agreed to go on. I’m interested only in seeing that it’s done correctly.

Having worked in broadcasting prior to my railroad career, I felt comfortable sitting in front of a camera or a microphone. Because of my schooling in journalism and mass communications, I knew what they were looking for and worked at keeping my answers short and on subject. First, and most important, I prefaced my appearances with the understanding that I was there solely to educate and to explain technicalities. I refused to theorize or debate what might or might not have caused a specific incident. That’s for NTSB, the railroad investigators and experts to determine—those with first-hand knowledge of the particulars.

In the back seat of a car sent to bring me to the studio, I once actually described the locomotive controls to one network producer, knob-by-knob and gauge-by-gauge, using my cell phone as she looked at a picture in her office. “That’s amazing,” she said. “Not really,” I explained. “After 35 years on the railroad, most engineers can do the same thing.

After hearing Bill Vantuono on the air on cable news, doing the same thing after the New Jersey Transit crash in Hoboken, I called him with an idea: regional workshops for members of the press—Railroading 101. Invite them to attend a presentation, followed by a question and answer session. We do the same for police and emergency responders, and to my knowledge, it not only aids on those rare occasions when they answer a call for a rail related incident, it garners good press and helps solidify community relations. It’s a win-win situation.

Arriving on the scene of a derailment or crossing accident can be overwhelming for anyone. With a microphone in hand and a camera in front of a reporter—an inexperienced one, especially—there’s no telling what will come out of their mouths when they hear the words, “You’re on!” With a better understanding of railroad operations, today’s young journalists might not only gain an insight into our industry, but when the time comes, be adept enough to ask the right questions and come up with pertinent facts to report a story accurately.

Nothing, of course, takes the place of a good corporate communications shop—one with an ability to cut through the “railroadeese” jargon with which we communicate. One late railroad executive often proclaimed that if not directly involved in the movement of trains, an employee had no place on his railroad. Another legendary robber baron famously sneered, “The public be damned.” Well, the public, we must remember, elects representatives who regulate everything from local property taxes to the imposition of federal regulations, and everything in between. In the long run, expendable non-operating employees who serve as the conduit between their organization and its neighbors may be just as much a key to keeping trains running on their railroad as the most tenured locomotive engineer or train dispatcher.

Railroads no longer rumble through cities and towns cloaked in obscurity, especially when they block crossings or tumble off the rails onto public and private property. I don’t even think 1984 author George Orwell contemplated the extent to which Big Brother truly is watching—as well as Little Sister, Aunt Ethel or anyone else with a smart phone. We must communicate in an effective and timely manner. If we don’t, someone else will.

One of my journalism professors, a dyed-in-the-wool newspaper editor, used to admonish us to remember that news is like cement. You get one chance to get it right before it begins to harden. Then, you’re stuck with whatever you’ve created. 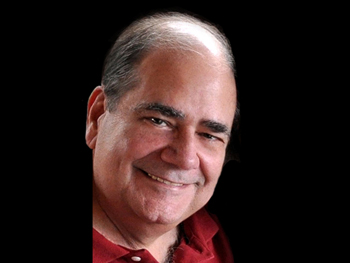 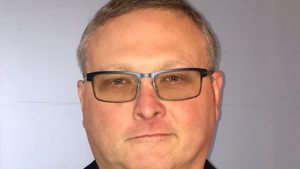