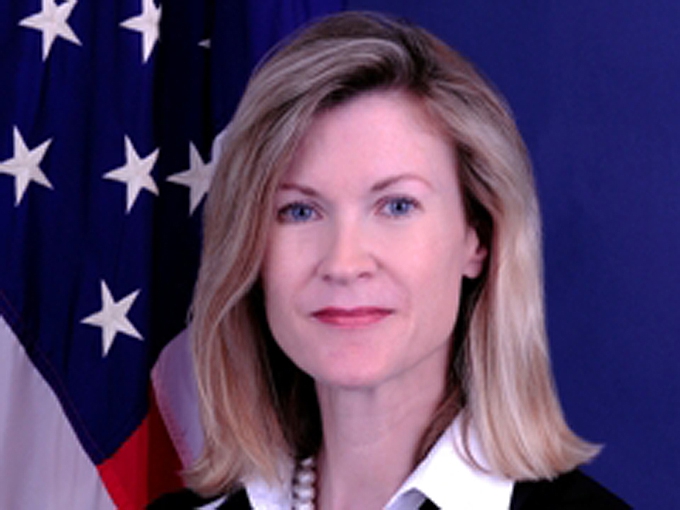 President Obama on Dec. 7 nominated Ann Begeman to another five-year term on the Surface Transportation Board. She was approved by voice vote in an Executive Session of the Senate Commerce Committee within hours of Obama’s nomination reaching the Committee, and then quickly confirmed by the full Senate on Dec. 9.

As a long-time former senior legislative aide to Commerce Committee Republicans, and a South Dakota native as is Committee Chairman John Thune (R-S.D.), there was never a doubt that the Committee would move her nomination to the Senate floor once it was received from the White House.

“Since Begeman, now the STB’s lone Republican, was confirmed by the Senate as expected, the STB in 2017 will look precisely as it did in 2016, except that Begeman likely will be named Chairman by President-elect Trump following his inauguration Jan. 20,” observes Frank N. Wilner, Railway Age’s Capitol Hill Contributing Editor and a former White House-appointed chief of staff at the STB. “Until then, Democrat Dan Elliott remains Chairman. Elliott’s term expires Dec. 31, 2018, and Democrat Deb Miller’s on Dec. 31, 2017. By statute, STB members may remain in office for a maximum of 12 months beyond the expiration of their term, or until a successor is nominated and confirmed by the Senate.

“While the Surface Transportation Board Reauthorization Act of 2015 created two new STB seats, President Obama declined to make nominations. It will be up to Trump to make those nominations, but it is unlikely he will do so until Congress passes a Fiscal Year 2017 budget expected to include an increase in STB funding to cover the cost of two new STB members and their staff. A Fiscal Year 2017 budget has been stalled since mid-2016, with Congress having voted extensions of the Fiscal Year 2016 budget to keep the federal government in operation. The latest extension is to run to April 2017.

“Thus, a budget bump-up for the STB is unlikely before April or May, which likely will delay nomination to the two 2015-created and still vacant seats until then. Given that Elliott and Miller are Democrats, and the statute provides an STB membership majority from the political party controlling the White House, the two new nominations to the five-member STB will be Republicans.

“Issues of railroad importance before the STB in 2017 include captive-shipper petitions for open access, whether to revise the Stand Alone Cost (SAC) test for rate reasonableness, and the formula for determining revenue adequacy. In the past, Begeman has shown significantly more interest in captive-shipper arguments than her Republican predecessors on the STB, and has been a perennial critic—as has Miller—of Elliott’s leadership and alleged lack of collegiality and transparency.”

“Begeman’s level of frustration with Elliott is manifest in her record number of progressively penetrating dissents, while Miller increasingly has withheld a necessary second vote until Elliott makes revisions to his draft decisions,” Wilner wrote in his September 2016 Watching Washington column. “The squabbling promotes regulatory delay. A five-year Elliott-led torment to produce a decision on forced competitive access by a second railroad at certain one-railroad served points resulted in Miller holding out for further stakeholder input and a better grasp of the long-term financial impact. Begeman still dissented, irritable that the decision failed to identify which shippers will use the access, how and at what cost, and the impact on rail network fluidity. It will be 2017 or later—with voting by up to three new STB members—before a final decision.”

Earlier, Wilner characterized Begeman as “STB’s analytic owl” who “is no milquetoast. For sure, Begeman’s written disagreements are rarely dull, typically intellectually fascinating, frequently pithy, largely non-political, and so numerous as to soon make her the agency’s dissenter-in-chief. While those dissents suggest a nightmare of waking hours, her reasons appear less a different theory of regulation than held by other Board members and more a prickly impatience with an agency culture that preserves the status quo to maximize chances of prevailing on appellate court review.”

• “Her input on controversial cases  has been solid, aggressive and on target.  She is a good choice and I hope is made chairperson.”—Ray Chambers, President, Association of Independent Passenger Rail Operators.
• “Ann Begeman’s reconfirmation helps ensure the continuity of efforts at the Surface Transportation Board to implement the first-ever reforms approved by Congress in the agency’s two-decade history. Ann is a trusted leader and her rapid reconfirmation by the Senate after we received her nomination from the White House speaks volumes about her respected work on the Board, as a former member of the Senate Commerce Committee staff, and as a proud South Dakotan.”—Sen. John Thune (R-S.Dak.), chairman of the Senate Committee on Commerce, Science, and Transportation.
•“Since joining the STB in 2011, Ms. Begeman has brought a thoughtful approach along with years of transportation policy experience to many complex issues. At a time of uncertainty for the rail industry and the entire economy, Board Member Begeman’s true appreciation of the importance of empirical data in the decision-making process is more critical than ever for the STB going forward. The freight rail industry welcomes her reappointment.”—AAR President and CEO Ed Hamberger.
Categories: Class I, Regulatory Tags: STB, Surface Transportation Board, Surface Transportation Board Reauthorization Act of 2015