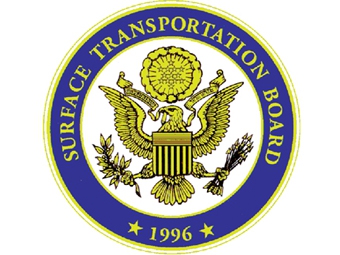 The Surface Transportation Board On July 27, 2016 proposed new regulations “to improve the availability of reciprocal switching,” an action the railroads have been anticipating for more than a year. The proposed rules “allow a shipper to gain access to another railroad if the shipper makes certain showings,” STB said.

STB said its NPRM (Notice of Proposed Rulemaking)  “is an outgrowth of a petition for a rulemaking submitted by The National Industrial Transportation League (NITL) in July 2011, which the Board is granting in part.” The 2-1 decision, written primarily by Democrat Chairman Daniel R. Elliott III, drew a dissent from Republican Ann Begeman and a separate expression in concurrence from Democrat Deb Miller.

Consistent with the statute, under STB’s proposed rule, a shipper seeking reciprocal switching—what the railroads have termed “forced access”—must show that the arrangement is “practicable and in the public interest” or “necessary to provide competitive rail service.” The STB said it would “make its findings based on evidence presented by the shipper and the railroad.”

Elliott said he is “pleased that today we are granting [the NITL] petition in part. I encourage all stakeholders to participate in the notice and comment process and I look forward to meeting with them to hear their views directly.”

Association of American Railroads President and CEO Edward R. Hamberger made the following statement in response to the STB NPRM:

“The freight rail industry acknowledges the complexities the STB had to take into consideration in arriving at this proposed rule, but, at the end of the day, the Board should have dismissed the petition without further proceedings, as imposing new regulations like this are a step backward from the deregulatory path that has allowed railroads to make the capacity investments required to meet customer demand and further modernize a nationwide rail network that benefits shippers and consumers.

“The freight rail industry’s position remains unchanged: Forced access is an ill-conceived approach that compromises the efficiency of the entire network by gumming up the system through added interchange movements, more time and increased operational complexity. Forced access would be a step backwards for the supply chain in our country as railroads would ultimately require more resources to move the same amount of freight, which would impact operational efficiencies introduced under the Staggers Rail Act.”

Hamberger noted existing STB regulations “already protect rail shippers as railroads voluntarily switch traffic under the current system, and by law, if freight can get from its origin to final destination only if it is carried by two or more railroads, railroads must cooperate to move the shipments.”

“The two most significant takeaways are that the STB rejected the NITL approach as too draconian and a threat to long-term rail revenue adequacy; and that the final rule could well be decided by a majority that has yet to be nominated and confirmed to the STB—an STB also possibly led by a new chairman, depending on who wins the White House in November,” commented Railway Age Contributing Editor Frank N. Wilner. “The STB seems to have purposely delayed a final rulemaking (in fact, it has been five years in the making) until after the November elections and a new Congress is seated in January. So who will cast the final votes? There are two vacant seats on the STB that may be filled (but could remain vacant well into 2017 or later). As for the current lone Republican, Ann Begeman, she must depart the Board Dec. 31 if she is not re-nominated and later confirmed by the Senate. The only given now is that Elliott and Deb Miller will be at the STB in 2017 to cast votes.

“As for the vacant seats, it is most unlikely the Senate will confirm the two new members—even if nominated—this year, as the Senate Republican majority would prefer to allow a new president (hopefully to them, a Republican) to make the nominations. Depending on the White House race, the new STB majority next year could shift from the current two Democrats (including a Democratic chairman) and one Republican to a Republican majority of three (including a Republican chairman). Or the STB could stumble along with just two Democratic members for a long time—Elliott and Miller—if nominations and confirmations do not occur. Roger Nober was a lone STB member for many months.

“What remains a crucial outcome to be determined for railroads and shippers is the pricing of access were it to be allowed in a final decision—a price set not by the marketplace, but by a majority seated at the time of that vote. Adding to the current confusion is that railroads or shippers—or both—will challenge some aspect of the final rule, or all of it, before a federal appellate court. That could delay finality into 2018 or later. So a lot of dust must settle before this fat lady sings.”

The STB decision, Petition for Rulemaking to Adopt Revised Competitive Switching Rules, EP 711, and its proposed regulations and request for public comment in Reciprocal Switching, EP 711 (Sub-No. 1), may downloaded at the link below.