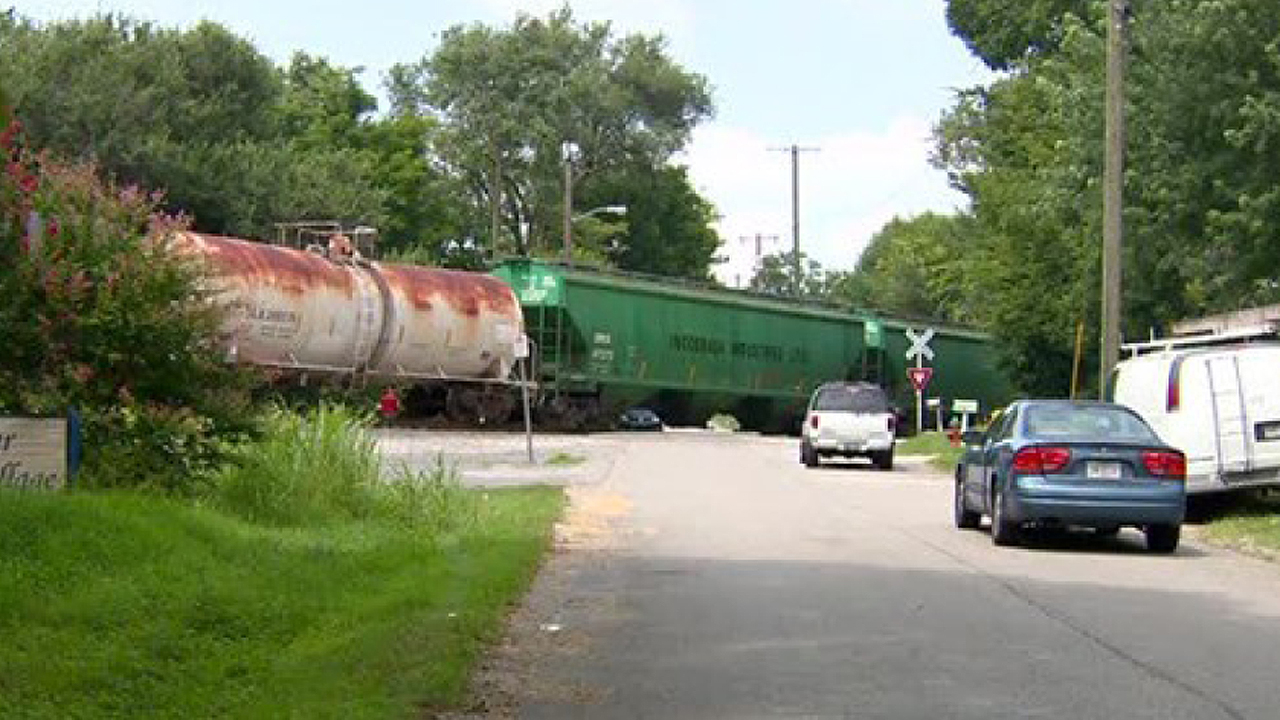 Date: Sept. 27, 2019. News media outlets report potential life threatening situations with three different Class I railroad freight trains blocking railroad grade crossings, sometimes for hours at a time. These events seem to be increasing, both in number and length of time. Americans are not just inconvenienced. Lives are being place at great risk when a blocked crossing impedes emergency service providers from assisting people in need of help.

There are many previous examples, but let’s just look at three reported on that single day, Sept. 27:

1. CSX trains stopping at the entrance to its Radnor switching yard in South Nashville, Tenn., have been blocking access to the Sadler Avenue neighborhood for years, and things are getting worse. CSX is blocking the only street that provides access, emergency or otherwise, to the people who live in this neighborhood.

How does CSX respond? “If a stopped train is expected to block a crossing for an extended period of time, CSX notifies local 911 dispatchers or first responders to establish a direct line of communication in the event an emergency vehicle needs access across the tracks. We are keeping an open line of communication with community leaders and first responders. CSX constantly reviews our operations to determine whether potential improvements can be made. We apologize for any inconvenience this may have caused.”

Inconvenience? Really? On the other side of the tracks, Sadler Avenue resident lives are at risk, 24/7, every time CSX trains block the only street access to their neighborhood. “Communications” is not a solution; it is an excuse.

2. Across the country, another news media reports on Union Pacific stranding residents of an Ogden, Utah, neighborhood. One resident “… said the problem is the trains heading into the yard near 24th are too long, and they are blocking both the 17th and 1200 West tracks, the only way in and out of the Ogden and Marriott-Slatersville neighborhoods. Another neighborhood resident had this to say, ‘There are kids that will crawl underneath the trains to get to school. A lot of people that are on foot will climb over or under the train to get there, because the trains are parked for so long. It’s a matter of time before somebody dies because of this issue.’”

3. Back to the East Coast. “Drivers in Muncie (Ind.) are frustrated as stopped trains continue to cause significant disruptions. Groups of people are fed up with the trains blocking streets for up to four hours at a time. First responders and schools are talking about the delays getting to emergencies and kids arriving late to school. Norfolk Southern, and its East Coast counterpart, CSX, are both putting the safety and welfare of the citizens of Muncie, and other communities perhaps, at risk, as they execute their PSR operation plans, with little regard for how they impact the citizens of the communities their trains run through.”

Back to the West. An August 23, 2019 news article reported on a lawsuit filed against the Oklahoma Corporations Commission by BNSF challenging a state law that imposes fines on railroads for blocking railroad crossings for “… more than ten minutes.” According to the news article, “BNSF says it’s challenging the Oklahoma Blocked Crossing Statute because … the Oklahoma Blocked Crossing Statute is preempted under the Interstate Commerce Commission Termination Act.”

In its comments to News 4, BNSF issued this statement: “Oklahoma railroad operators are committed to working with communities to solve blocked crossing issues on a case-by-case basis by reviewing operating procedures, train speed, customer needs and other factors associated with safe and efficient rail service. The safety of our employees and the public is paramount as we fulfill our mission to support the economy of Oklahoma and the nation. It is unfortunate that Oklahoma lawmakers have chosen to enact a policy that does not promote collaborative solutions.”

Really? Get real. There is no way for Oklahoma lawmakers to work toward collaborative solutions. BNSF holds all the cards, as do railroads across the nation. Blocked crossings are real and present dangers for the public, more specifically emergency responders. Not so much for railroads. For the railroads, fines are a nuisance, a challenge to their preeminence, something they must squash before they rise to unsustainable levels.

Public safety concerns, such as blocked railroad crossings, cannot be solved on a case-by-case basis, in a timely manner. If that was being done, there would not be any material for this article. They are not being solved through collaborative efforts among railroads, citizens and their representatives. There is always a different reason and justification for blocking crossings. They will not be solved by paltry fines, because railroads will either pay them or fight them in the courts. And, they will not be resolved through the use of apologies for the inconvenience caused by blocked railroad crossings.

There is, however, a federal agency, namely the Federal Railroad Administration (FRA), whose primary mission is to protect public safety. If I, as a private citizen, am aware of the public safety threats associated with blocked railroad crossings, surely someone at FRA is aware that there is an ongoing, nationwide problem.

If FRA would shoulder full responsibility for protecting public safety, it would recognize and acknowledge that it is time for it to intervene on behalf of the public. Unblock those crossings, and do it in a timely manner.