Surface Transportation Board (STB) staff recently released a rate reform report with a series of recommendations. Readers should remember that before any of those recommendations become regulations, the Board must conduct rulemakings. This process could extend beyond 2020 and into the next Administration.

By law, STB must consider many stakeholder needs when it acts, e.g., taxpayers, labor, environment. This means balancing competing needs. It attempts to do so when it conducts rulemakings.

Perhaps the most important balance is between railroads and their customers. Railroads must earn adequate revenues to support their networks and operations. Rail customers need rail service and rates that allow them to compete in the national and global economy.

Consider the situations of chemical and grain traffic.

Chemical traffic often moves in single-car shipments and generally has high revenue to variable cost (RVC) ratios. This suggests high railroad profits perhaps resulting from railroad exploitation of market power, which is something the Board should address. There are two problems with this assessment. First, the high RVCs derive significantly from a flaw in the Board’s Uniform Rail Cost System (URCS). URCS spreads insurance costs evenly across all types of traffic. This means the railroads’ cost of moving chemical traffic is significantly understated and those RVCs are overstated.

Grain traffic also moves in small shipments, and the agency has not had a small-rate case since McCarty Farms during the 1980s. However, grain traffic raises a different issue: Can STB intervene because the railroad has market dominance? Most grain traffic starts on a truck. A truck is the most flexible mode of transportation because a truck can go almost anywhere—to a barge terminal, to a railroad or to the ultimate destination. This makes market dominance a more complex problem. The staff report suggests ways of limiting discovery and the market dominance inquiry, but that would constrain STB’s ability to make a correct market dominance finding.

Maybe STB’s struggles with small-rate case methods are why its staff suggests a statutory change to allow STB to use Canadian-style final offer arbitration, meaning punt the problem back to Congress.

The report offered a new methodology (Incumbent Network Cost Analysis or INCA) to supplement Stand Alone Cost (SAC) as a rate methodology for large rate cases. Because INCA would be based on the defendant railroad’s actual system, the report suggests it would be simpler than SAC. It will be interesting to see if shippers use INCA rather than SAC in future cases.

When it comes to revenue adequacy, neither STB predecessor Interstate Commerce Commission nor STB has ever defined when a railroad becomes revenue-adequate for rate regulation purposes, nor how the agency would then regulate. This should not be surprising. The Staggers Rail Act instituted a light-touch regulatory regime. A revenue adequacy regulatory regime could be heavy-handed.

The staff report proposed a formula for defining when a railroad would be revenue-adequate for rate regulatory purposes. So far, so good. Then what? The report makes three further proposals:

The first proposal is that the Board “identify a point beyond which further application of differential pricing would be unwarranted.” Differential pricing is pricing in accordance to each shipper’s willingness to pay for rail transportation. The proposal looks like a rate cap and as such could mean a complete philosophical switch for the agency: from light touch to heavy hand. However, it would only apply to traffic that was subject to STB’s statutory rate regulation mandate, and that might be as little as 5% of railroad traffic.

The staff report’s second proposal is to simplify the road property investment methodology in Simplified Stand-Alone Cost (SSAC) cases. The question here is whether anyone will ever bring an SSAC case.

The staff report’s third proposal is to reverse the bottleneck decision for revenue-adequate carriers. A bottleneck carrier is one that has sole access to a shipper. A detailed discussion of bottlenecks and this proposal’s implications is beyond the scope of this article, but there are some questions to consider: What happens when the carrier no longer is revenue-adequate? What will be the operational changes before and after? As bottleneck regulation is more of a practice than a rate, what are the limits to the Board’s jurisdiction? This could be a dramatic change. 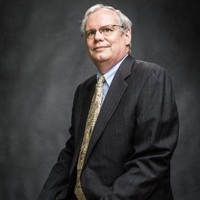 Dr. William Huneke is the former Director & Chief Economist at the Surface Transportation Board. He has more than 40 years’ experience in economics, transportation, railroad regulatory policy, management consulting, business analysis and teaching in the commercial and government sectors. He provides economic consulting on regulatory and arbitration matters. At the STB, Dr. Huneke led the Board’s analytical work and oversaw the collection of economic and financial data. Since leaving the STB, he has provided economic and litigation support to Class I railroads and other private-sector clients. He worked with the OECD (Organisation for Economic Co-operation and Development) to advise the Mexican government on its future rail regulatory policy. He represented the United States at an OECD conference on railroad industry structure. His private-sector experience included executive and management positions at UUNET, Freddie Mac and the Association of American Railroads. Dr. Huneke has taught graduate business courses at the University of Maryland, Robert H. Smith School of Business. He holds a doctorate from the University of Virginia and a B.A. from Swarthmore College.