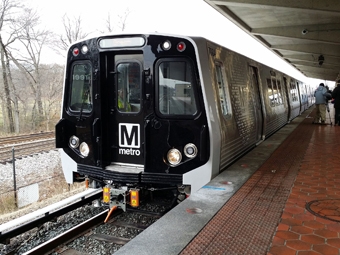 The Federal Aviation Administration opened public comments on May 3, 2016 for a proposed funding change that could benefit passenger rail development around airports.

See those fees in the breakdown of your airline tickets? At more than 350 airports in the United States, Passenger Facility Charges (PFC) are added on to benefit airport development, essentially an additional tax for airline fliers. In 2015, about $3 billion was collected through the PFC, and $46 billion between 1992 and 2015.

Up until now, these fees could only be used to fund projects on airport property used exclusively by airport users: and for rail, this meant tracks and trains used by passengers and employees to and from the airport itself.

But a challenge arose in 2014, in our increasingly intermodal-minded transportation times: Developers of a rail link at Dulles International Airport in Virginia asked for PFC funds for part of their rail link project, which, while still on airport property, would also connect riders elsewhere, including into D.C.’s Metro system, not exclusively to and from the airport. For this reason, the FAA deemed this rail development ineligible for PFC funding.

But now the FAA is considering an update to this PFC funding policy, as more cities—New York’s LaGuardia, Denver, Miami—develop rail links around airports. The FAA is scanning the skies for public comments until June 2, 2016. You can comment to the FAA HERE.