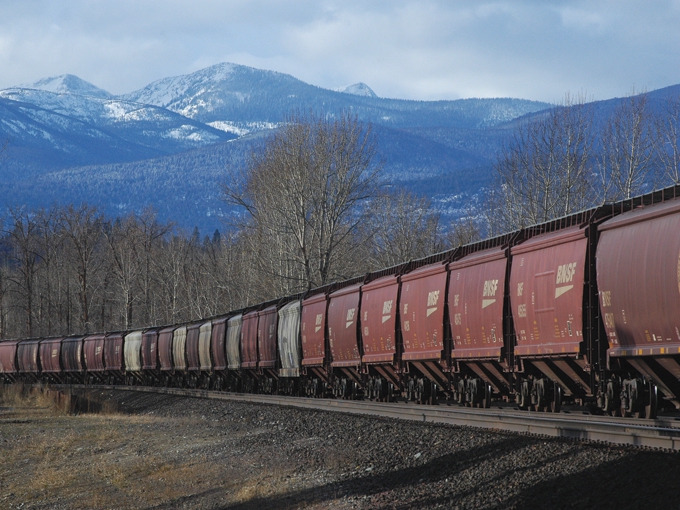 The Coalition for America’s Gateways and Trade Corridors (CAGTC) released on Dec. 8 its letter to President-elect Trump.

“The letter,” says CAGTC, “identifies seven actions that can be undertaken early in the administration, most of which not requiring an act of Congress. Consistent with the President-elect’s objectives to spur domestic manufacturing and produce high-quality jobs, investment in the nation’s multimodal freight network is an economic multiplier and unique from other types of infrastructure investment. Not only are jobs created immediately in the construction phase, but an efficient goods movement system will attract and retain U.S. businesses, support exports, and benefit the economy for years to come.”

Thank you for distinguishing throughout your campaign the importance of transportation infrastructure investment. We applaud you for recognizing that “America’s infrastructure is a linchpin of private sector growth.” Unique from other types of infrastructure investment, investment in the nation’s multimodal freight network is an economic multiplier. Not only are jobs created immediately in the construction phase, but an efficient goods movement system will attract and retain U.S. businesses, support exports, and benefit the economy for years to come. Every economic sector depends on a reliable, safe and cost-effective network to move goods and services.

By way of background, the Coalition for America’s Gateways and Trade Corridors (CAGTC) is a diverse group of more than 60 public and private organizations established to bring national attention to the need to significantly expand U.S. freight transportation infrastructure and to work toward solutions for this growing national challenge. In contrast to single mode interests, CAGTC’s mission is to promote a seamless goods movement transportation system across all modes to enhance capacity and economic growth. Since its formation in 2001, CAGTC has been a leader in freight infrastructure policy development.

The multimodal freight network directly supports 44 million U.S. jobs and affects quality of life. The system moves 55 million tons of goods, worth over $49 billion daily. But system strains and inefficiencies hurt the U.S. economy. Congestion, including passenger car delay on roads shared with trucks, is estimated to cost $1 trillion annually, roughly seven percent of U.S. economic output. U.S. businesses pay an astounding $27 billion annually in extra freight transportation expenses due to shipping delays caused by system inefficiencies. To foster economic growth, retain U.S. businesses, and attract new industry to our country, we need to provide the built infrastructure that produces a competitive advantage. As Wilbur Ross correctly notes, building new infrastructure is a critical part of any growth strategy. Dollar for dollar, investment in freight infrastructure is the optimal investment for economic growth.

For your consideration, we respectfully recommend the following (7) actions be considered early in your Administration:

2. Ensure freight formula funding is invested in freight infrastructure: In December of 2015, a 5-year surface transportation authorization – the FAST Act – was signed into law containing the first-ever formula program designed to target freight system improvements, such as first and last mile connections and other important goods moving segments. We urge the United States Department of Transportation (USDOT) to monitor the spending of this money to ensure states invest in freight infrastructure, as Congress intended.

3. Establish a federal public-private sector freight advisory committee: The freight network is unique from other transportation systems as it is a mix of public and private infrastructure that is heavily relied upon by manufacturers, farmers, and other producers of goods and services. In order to benefit domestic commerce, the system must operate reliably, safely and efficiently. This complex network has a diverse stakeholder community that can assist the USDOT in developing federal freight policy and programs that serve our economy. We urge the Trump Administration to reestablish the now=\-dissolved National Freight Advisory Committee, or create a new entity that engages public and private sector stakeholders, to advise on priorities and projects that require federal attention and assistance. We suggest soliciting membership applications and appointing members representing a broad array of transportation system users and providers, with a special emphasis on private industry membership.

4. Conduct a comprehensive needs assessment: The U.S. population is growing, and with it, consumption is on the rise: each person in the U.S. requires the movement of approximately 40 tons of freight annually. By 2045, our population is estimated to increase by nearly 70 million. In order to prepare ourselves for this impending growth, a comprehensive freight system needs assessment is essential. While the previous Administration solicited transportation projects for inclusion in a Projects of National and Regional Significance survey, the survey was not published. We urge the Trump Administration to publish this survey as one element of a comprehensive freight needs assessment. Combining this survey with other available resources, such as executive summaries of the FASTLANE application list and projects identified under state freight plans, will go far in depicting the level of investment needed to keep our freight transportation network competitive in the global marketplace.

5. Administer FASTLANE with a primary focus on freight: The FAST Act created a much-needed competitive grant program designed to make investments in large freight and highway projects. Criteria written into law under this program – the FASTLANE program – focused on goods movement infrastructure and listed goals such as increasing global economic competitiveness, improving connectivity between freight modes, and improving the safety, efficiency and reliability of the movement of freight and people. Yet, at least 18 percent of available funding in the first round of the program was awarded to what are clearly non-freight projects, and a total dollar amount to projects that may contain a limited direct benefit to freight movement is indiscernible from the limited award information provided by the USDOT. We urge the Trump Administration to target remaining FASTLANE resources toward high-impact goods movement projects that improve the flow of goods and aid the regional and national economy. Funds supporting projects in major freight hubs and along freight corridors across the country will improve the overall health of the economy.

6. Improve FASTLANE transparency: In July, 2016, USDOT announced the inaugural round of FASTLANE competitive grant awards. Unfortunately, the Administration released scant descriptions of each successful grant, giving Congress – and stakeholders – insufficient understanding of USDOT’s decision-making. Furthermore, a full list of applicant projects was not released in conjunction with USDOT’s proposed awards, forcing recipients to be viewed in a vacuum with no opportunity to gauge their merits against competing projects. The 60-day Congressional review period required by the FAST Act fell mostly during Congressional recess, giving lawmakers just eight days in session to consider awards and pass a joint resolution, if desired, before the review period expired. Going forward, it is essential that USDOT disclose more information about its decision-making process both to Congress and the public to produce a program that targets resources effectively and to affirm the integrity of the evaluation process.

7. Increase freight investment under the TIGER program: In 2016, freight received only 26 percent of total funds available in the eighth round of TIGER, a transportation infrastructure competitive grant program. This share is the lowest since the program was established in 2009. Traditionally, freight projects and projects with a freight component have earned upward of 40 percent of available funds in the highly-competitive award process. We urge the Trump Administration to reverse the decline in freight infrastructure investment in the TIGER program, which is a key component of the overall strategy to make critical investments in the nation’s freight infrastructure.